Thanks to Benson Yee YouTube channel we can share for you our first in-hand of the upcoming Transformers Shattered Glass Flamewar & Fireglide.

This is an official Flameware sample, sent by Hasbro for promotional material. This figure is a redeco of the Legacy Transformers Prime mold inspired by the Botcon 2005 exclusive Flamewar toy (originally an Energon Arcee redeco). She comes with a red and black redeco of Siege Pteraxadon. We have a closer look at the packaging, robot mode and accessories and extra parts included with this figure. Curiously, while she’s supposed to be a Shattered Glass redeco, the only main change to the original Flamewar’s deco is the red Decepticon insignia. This toy is a Hasbro Pulse exclusive as the rest of the Shattered Glass Collection and it’s planned for release in November 1st 2022.

See the new images after the jump, as well as Benson Yee’s video review, and then let us know your impressions on the 2005 Boards!

Did it come with the comic?

Did you look at your actual order? Because the figure listing says 11/1, but my order itself says 10/1

Did you look at your actual order? Because the figure listing says 11/1, but my order itself says 10/1

Flamewar is cool but even without the shoulder pads (probably become the chest design) I'd rather have it as Ransack…in the GTS colors since we have a red one in Road Rocket. 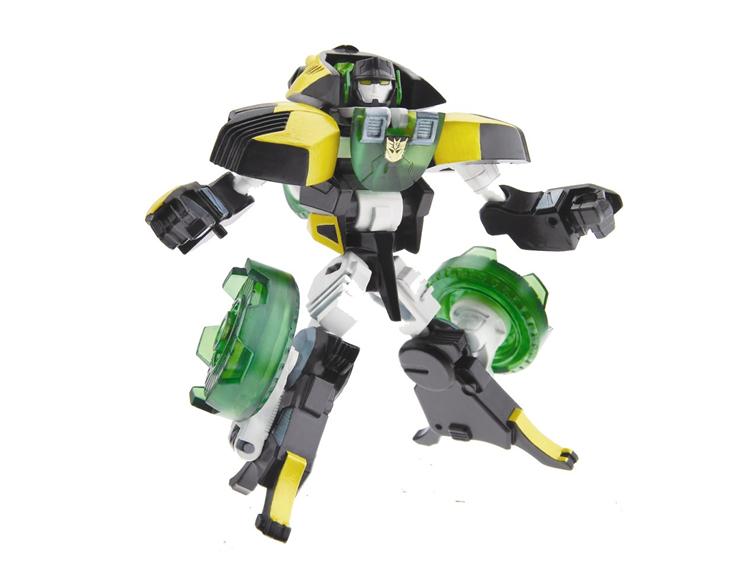 No it has not been out yet.

$42 (absolutely insane) before shipping and tax so like $13 less than leaders.

What's the strange thing to me is that isn't Slicer next in line? You'd think that would be shipping sooner.

Is this figure out yet? I opened a ticket with Hasbro customer service because Legacy Blitzwing was missing the sword. I thought they were sending a replacement sword, but instead I received this today.

No it has not been out yet.

I know being from Shattered Glass universe she's a "good guy" I guess, but she's going on my Decepticons' side of the shelf.
I'll take any Lady 'Con I can get.

Taking into account that she comes with a battlemaster I don’t think the price is terribly off the mark here. While not my favorite battlemaster, having a Crossbow application makes it very appropriate for this character and her relationship with Arcee Molds.

Now as far as an updated Energon Arcee/Ariel using this mold and battlemaster master but in pink, white and silver deco with a remolded head would handle that as well.

I'd buy it. The concern is her big ol head.

Are you guys not pushing in the waist joint far enough to hear the "click" noise to lock it in? Once I've learned about that, I feel in love it the mold.

It did take me a few minutes to notice that, but yeah, I was aware. At least on my Road Rocket it still feels flimsy even after clicking into place.

To elaborate on my earlier comment, my main beefs with the toy were:

I notice this is a very love/hate figure, which is interesting to me. Personally, I'd hold this figure among the likes of Universe Cheetor.

Someone probably mentioned before but for a deluxe with the Arcee base, I'm feeling Junkion Nancy from season 3 would make a lot of sense.

Except for the fact Mark said they did want to use that mold.

I would really like a Nancy, she is Wreck gars Elita one !

There's 4 Junkions coming out next year.

Scraphook is probably Scrapheap. Detritus is likely a shared deco with some version of Hound. That only leaves one slot for another Junkion.

Who could well be a retool of Scraphook or Animated Prowl.

Someone probably mentioned before but for a deluxe with the Arcee base, I'm feeling Junkion Nancy from season 3 would make a lot of sense.