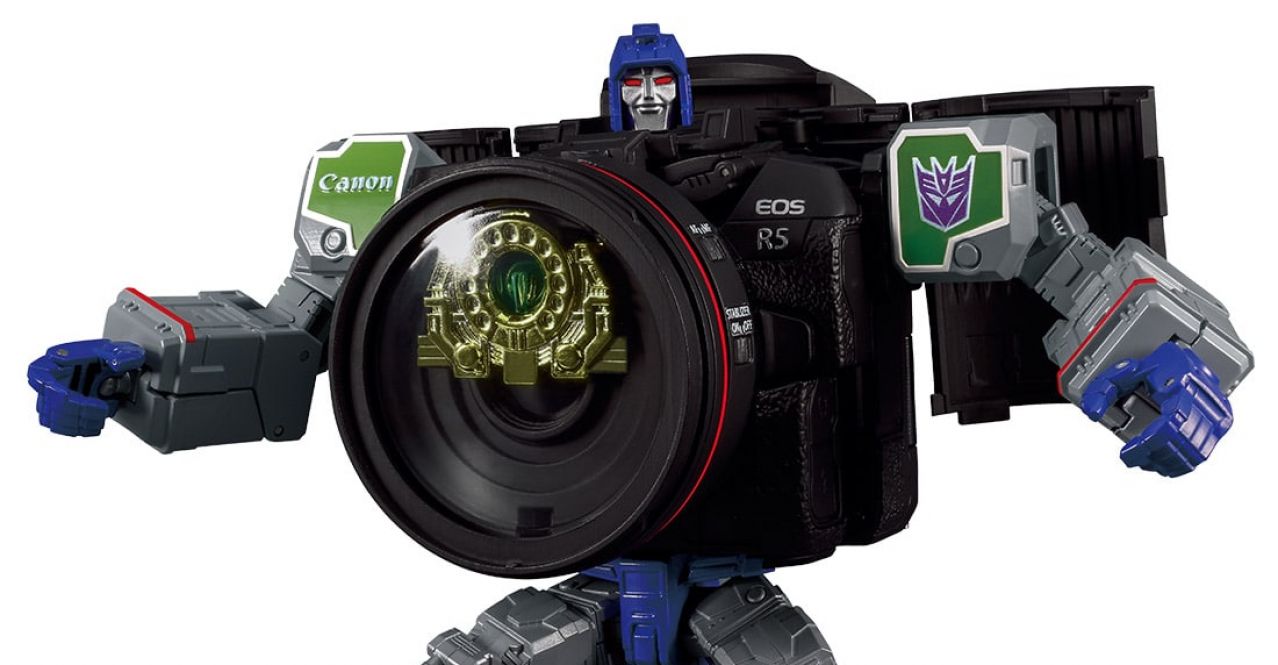 Thanks to TFW2005 member Fc203 for sharing in our forums our first official images of the new Takara Tomy Mall Exclusive Canon x Transformers Reflector.

Similar to the previously revealed Canon x Transformers Optimus Prime, this figure also transform into a realistic Canon EOS R5 camera. In fact, the mold seems just a slight retool of the Optimus Prime mold now featuring G1 Reflector’s deco and head. It will include a mini G1 Reflector camera (it can split in three pieces), and a new Quantum Dial (instead of the Matrix).

See all the new images after the break and then sound off on the 2005 Boards!