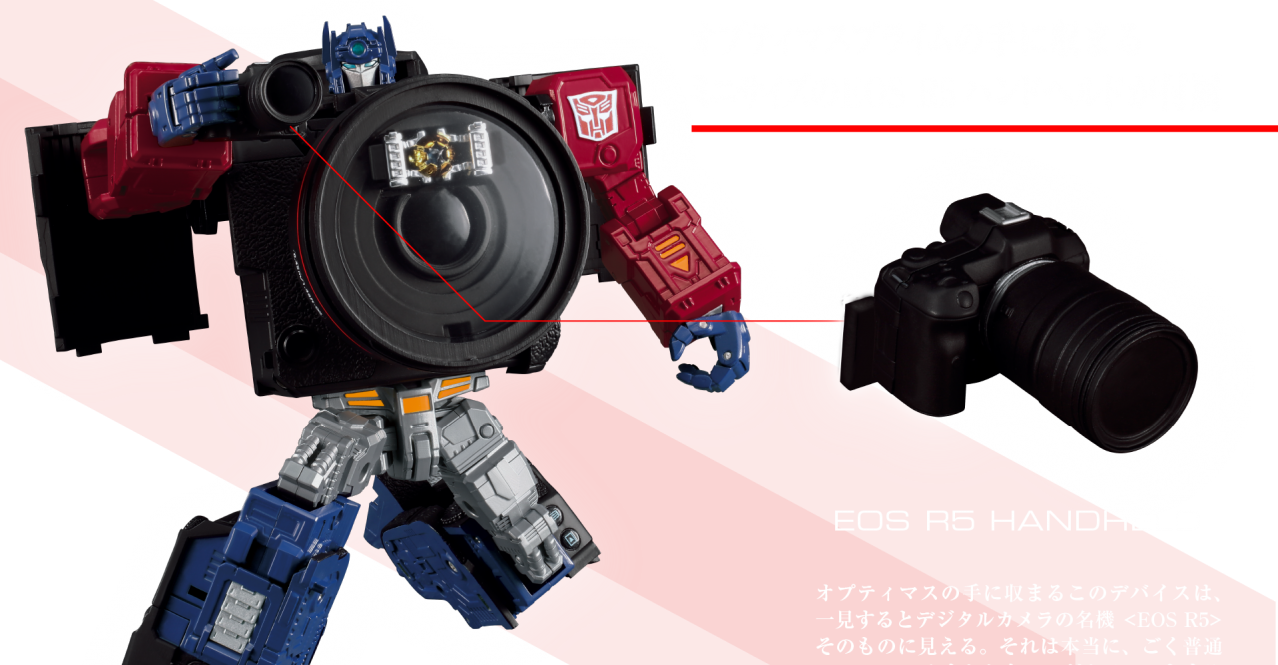 The new images show off Optimus Prime poseability as well as his accessories: the Matrix Of Leadership, lens shield and a mini Canon EOS R5 camera that can be held in Optimus’ hands. According to the information on Takara Tomy site, the EOS R5 alt mode has been planned to be as accurate as possible and it was reproduced in the 80% scale of the real camera.

Update: Thanks to Bubblegunner we also have new promotional images of Reflector R5 for your viewing pleasure.

Optimus Prime R5 will be a retail figure (in Japan) and it’s scheduled for release by February 25, 2023. We also have a nice promotional video also featuring the Decepticon Reflector R2 counterpart. Watch the video below and then share your impressions on the 2005 Boards!