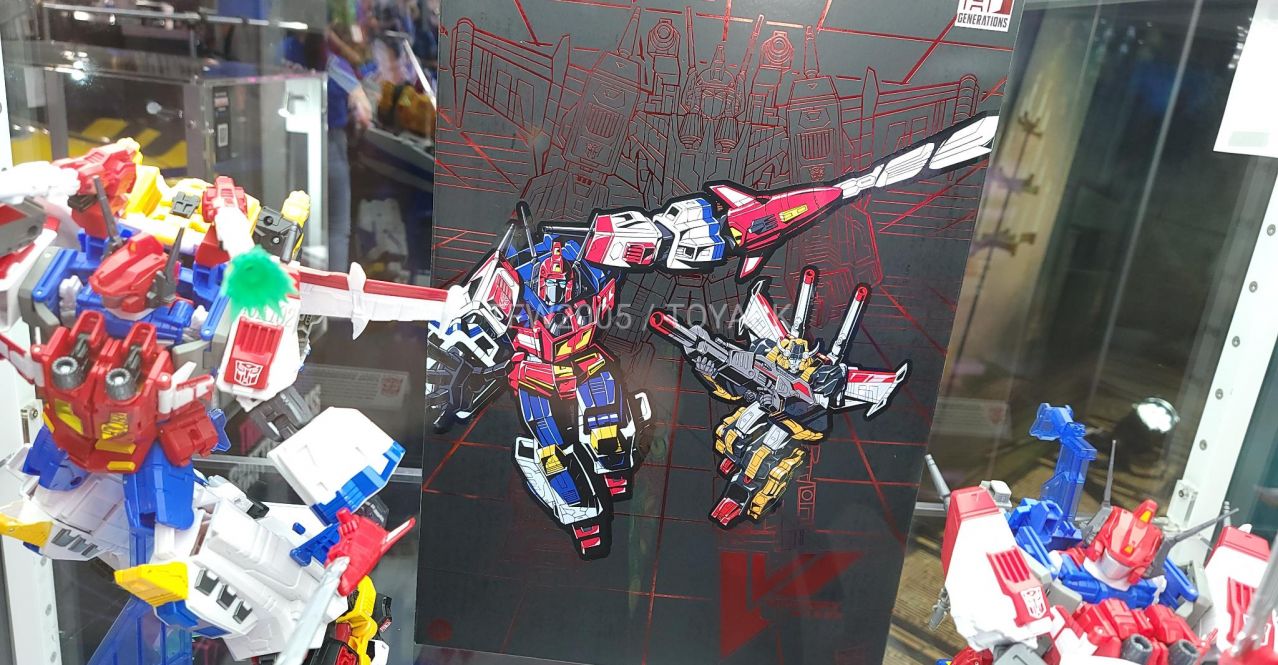 I can not say “I’m disappointed”, actually CHSP is well known right now. This is the year 2022, we are not in the 2005 anymore or some year later when some fans got angry trying to defend Hasbro for selling cheap hollow plastic toys.

Now the cheap hollow plastic syndrome is more extended, and worse with yellow plastic even out of the box. Hasbro’s low quality is worse with every year, CHPS is cheaper with time, less and less fans are still arguing this, really hard to say that this low quality doesn’t exist.

Years ago, when we saw entire main lines affected by CHPS, we were impressed. When CHPS escalated to the so called “Masterpiece” line, we were impressed and now, are we really impressed with crowdfunding CHPS figures? Not really, this is Hasbro we are talking about here, we have to expect a low quality from them.

And the shadow of the yellowing issue is still over these figures. Not a good idea to support Transformers crowdfunding projects and Hasbro right now is open to many more countries trying to get the minimum support for their low quality projects.

However, the combined robot form between Saber (big red/white/blue guy) and Victory (orange/black lion guy?) is somewhat underwhelming.
He just becomes boots and give him guns.

I remember having 0 clue had G1 Victory Saber looked like and talking with some about it where they were adamite that it was the coolest thing ever and stuff like putting a lion head on his chest just "genericized" it.
"Oh so what is it"
"When they combine he becomes Star Saber's boots"
"… that's it?"
"And his travel pack"

You know it may not be "generic" but it sure is lame.

Expect a DNA kit to fix all the articulation and hollowness of his weapons that Hasbro wouldn't.

Wouldn't count on it. It'll probably be the independent 3D people that make any kind of "upgrades" or whatever, which will have loads of striations and texturing, wrong colors and loose fits.

Just got the "it's about to be shipped" email. Hooray!

this thing better show up by deathsarSUS end date or its just not gonna get ordered. I have no attachment to either character other then 'VS look kinda cool' so if its not here or good the SUS won't be bought

I want this HasLab SS and VL so bad when it was first announced. Didn’t managed to PO back then. But after seeing PvP review, I’ve decided not to get it. While it seems to be a good solid playable set, it’s lacking things that I appreciate on the MP SS: actual landing gears on both Saber AND the V-Star, the Saber-Brain of Courage face gimmick, the Gunpla-esque construction with very little paint app (less prone to paint scratch), the non-partsforming Star Saber head gimmick.

Don’t mind the non-existing MP VL (or Simba); Nostalgia made me want to collect it, but the Victory Saber combo translates rather poorly as a toy: the robot just look too tall!

I think the HasLab SS turned out great! But not the VL. The set should have been a Legacy release.

I mean at the end of the day for me he'll probably be left as a pair of shoes & a jetpack for Star Saber. But it does suck that he has all these problems, as at least I have a reason to want to display him in bot mode unlike Godbomber.

The fact that the tab on Saber's shins has a stress mark when it doesn't really tab anywhere is very bizarre.

I'm typically tolerant of hollow bits, but ngl Victory Leo's shoulder guns are a bit unsightly. Not sure if its the worst I've seen in terms of hollow bits (that honor still goes to Dai Atlas' cardboard cutout shins), but it is still pretty eh.

At this point I will literally sacrifice Victory Leo, Holi & Fire to the QC Gods if it means I get a perfect Star Saber lmfao

I really hope they get their act together (QC wise) for Deathsaurus (if he gets backed).

Buuuuuuuut on the positive side of things. I'm officially back home. I couldn't bring everyone back, but at least I was able to bring 3. If I had more room I would've brought Eris Kultur back with me too. At least my family is gonna ship the rest back home to me. Gotta say I love seeing my shelves every time I come back home from a long trip lol
View attachment 29726992

I guess to spread some hype I thought I'd finally share my G1 Star Saber displayed with my only other G1 figures. Really looking forwards to taking a photo of G1 Star Saber with the haslab figure

I just wonder how a haslab skyquake would go, I could imagine, like the whole set of predators jets and they combine with him not sure if it would sell good tho.

Anyways hope a 3p would make a tail weapon for leo, would probably be the something I would buy

Hey, so I admittedly haven't watched Victory in a bit, but can Saber/ Star Saber fly in robot mode unassisted by Victory Leo combining with him?

I want to say yes, but I genuinely can't remember.

Yes Saber can fly without any assistance. His alt mode is a jet. He becomes Star Saber when docking with the V Star platform (becomes a big jet) and as you know can fly in that combined format. All of that is without Victory Leo.

Hey, so I admittedly haven't watched Victory in a bit, but can Saber/ Star Saber fly in robot mode unassisted by Victory Leo combining with him?

I want to say yes, but I genuinely can't remember.

EDIT: I know he has thrusters on his back and feet, so it may be obvious,

Soundwave has a shoulder cannon. And only once did he use it in the original show's run.

So PvP’s critique of the Micromasters came accross as not being completely informed, he mentioned the shield being an unnecessary tier unlock but didn’t mentioned the shield and Micromasters were all one tier. Also didn’t mentioned their names and just that they’re recolors or that they’re also characters from Victory and said they’re both unnecessary. Which is funny as a lot of people were hoping they would be a tier unlock. Otherwise it was a good review and showed everything off

Write to Hasbro saying you will be emotionally and psychologically damaged permanently if they do not ship out your own personal copy of Starsaber immediately via overnight in the very first batch. The worst they can do is say no!

Write to Hasbro saying you will be emotionally and psychologically damaged permanently if they do not ship out your own personal copy of Starsaber immediately via overnight in the very first batch. The worst they can do is say no!

that's kind of just a thing Saber has, even his original toy had hollow arms

Yup! 100%! Going the telescopic route would have affected his over all interface aesthetic. Also, even the OG Vleo had some hollow parts. Of course comparing the oomph and mass to the original is like apples and oranges.

Gawd the wait is sure a k!ller!

Edit: My plastic crack dealer too has an anytime /in transit post of his arrival come November 25 onwards before December 2022 (SEAsia source)

Apparently a Hasbro customer service say Haslab Victory Saber is going to start shipping on 12/05 from this video. Will it ship on 12/05 who knows.
View attachment 29727004

Apparently a Hasbro customer service say Haslab Victory Saber is going to start shipping on 12/05 from this video. Will it ship on 12/05 who knows.
View attachment 29727004

Watched the review, the figures are nice, especially Star Saber. I'm keeping my fingers crossed that my copy doesn't have any major QC issue because I'm not sure if I'd be able to return it for a new copy (and how much it would cost me doing so) since I bought him from a 3rd party retailer.

I’ve been super tempted to sell my two sets and just get the Planet X versions and this review didn’t really push me away from that. There’s nothing at all wrong with it and it does look very cool, etc. I dunno, the potential QC issues and the spectre of yellowing are making me question whether it’s worth keeping.

As someone who isn't familiar with Japanese G1 and did not back the set, it looks good.

However, the combined robot form between Saber (big red/white/blue guy) and Victory (orange/black lion guy?) is somewhat underwhelming.
He just becomes boots and give him guns.

The bare-bones package was probably what we would have seen if they'd made the cuts to make the set available at retail. Many people are take it or leave it on the majority of the accessories, but the V-Lock Cannon getting cut was probably their big incentive to push this up to a HasLab offering. And then spring a little more for extra paint work and other bells and whistles aside.