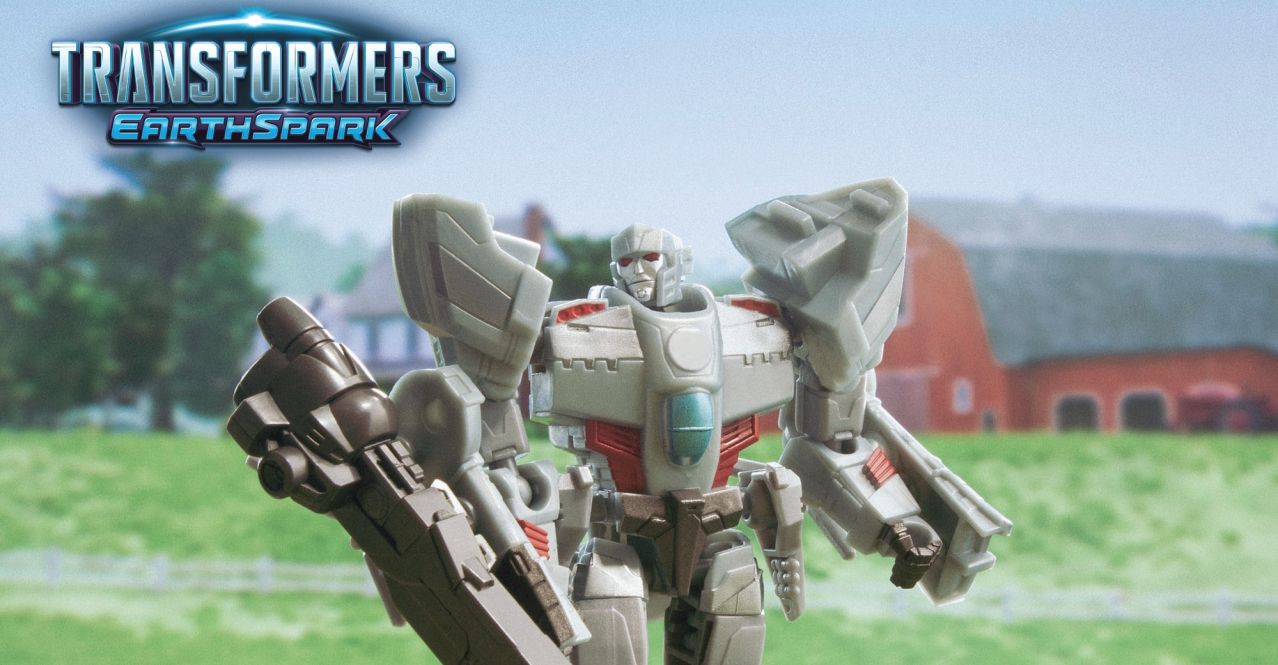 Coming at us from the official Transformers Facebook page are official images of the upcoming Transformers EarthSpark toyline, giving us more looks at the toys that were revealed in the SDCC displays earlier tonight:

“Revealed today at San Diego Comic Con! Transformers: EarthSpark introduces a new generation of Transformers robots – the first Transformers bots to be born on Earth. With 5 scales in the line, there’s something for everyone.

Forge a connection with #Transformers robots like never before with Transformers: EarthSpark Tacticon figures that convert around a finger!

Fun in every flip! Convert 1-Step Flip Changer figures from robot mode to alt. mode in 1 exciting step by flipping the bot in the air!

Bring the human and bot connection from the animated TV series to life with Spin Changer #Bumblebee with Mo Malto!

If you’re in San Diego, come by the Hasbro booth to see the line for yourself!”

Check it all out after the break and let us know your thoughts in the ongoing discussion thread!

From a customizing point of view, these seem generally less useful than the Cyberverse figures were.
Plus, I pretty much dislike all the designs.
I think I could MAY~BE use the deluxe Megatron and Bee for other characters.
And intensely dislike that head sculpt on Prime. Eew.

this might be the best elita has looked yet.

The only ones I'm interested in picking up for sure is Warrior Elita-1, Deluxe Megatron (yay, not a tank, finally!), and Deluxe Terran Twitch. I wonder how her brother Thrash will look like, and if he's cool enough, I may get him, and maybe Deluxe Bumblebee as well.

For me it's Twitch, Bee and Megatron the rest are easy passes. But I do hope like they said they eventually do voyager figures.

I think her and Animated Arcee would get along quite well

If you don't like playing with figures, good for you. Maybe stay out of threads regarding toys and stop acting holier than thou?

Considering the Autobots have a similar logo and this takes place in the future after the war is over, I'm assuming it acts like an Earth alliance logo. Optimus and Megs probably made a deal together and have some kind of truce to not harm Earth.

Could also be a thing defining rake but that is very possible.

Oddly enough, he does appear to have a Decepticon logo (Encased in that weird extra design the Autobot logo seem to have as well.) but only in this one promo image for the finger puppet toy, at least as far as I can find. 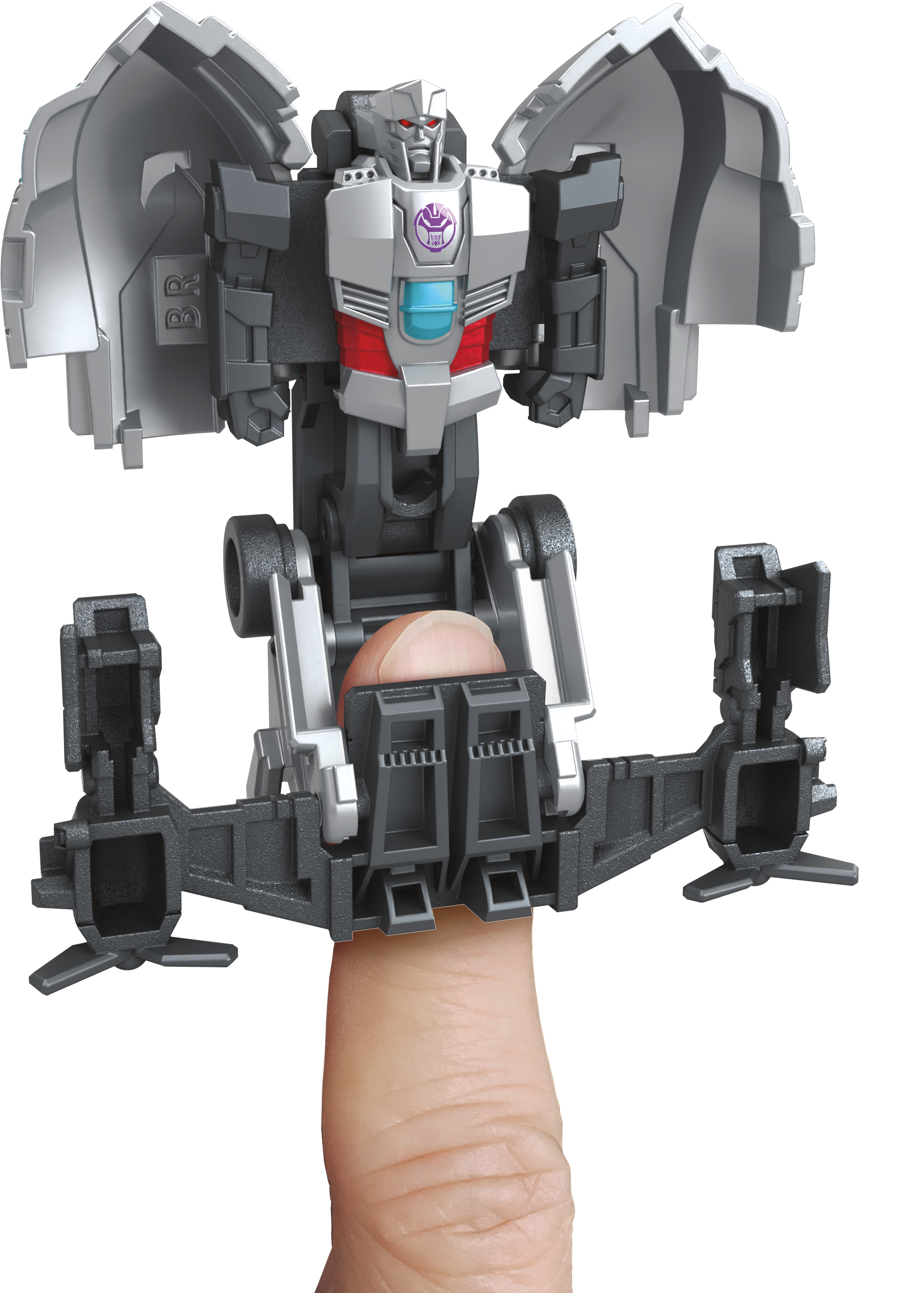 What looks to be The Quintesson logo. May be the Quintessons have taken over earth with out all the humans knowing. I wish hasbro would tell us what this new logo is all about.

Considering the Autobots have a similar logo and this takes place in the future after the war is over, I'm assuming it acts like an Earth alliance logo. Optimus and Megs probably made a deal together and have some kind of truce to not harm Earth.

Beast Wars didn't have faction symbols until later, if I recall correctly. It's fine, actually.

I really hope they do this eventually

The thing with Earth Spark (at least for now) is the "Deluxe" price point isn't really a scale in the same way Studio and Legacy are. Much like Cyberverse before it, it appears all of the figures are the same size regardless what they are in show. Which is fine when all you want is toys.

So they could absolutely do Voyagers and Leaders, but it would likely wind up the same way and you'd get larger versions of popular characters along with a few that seem out of place at such a large size.

I really hope they do this eventually

Whats the name of that Windblade looking character. And is it just me or does that one seem to have an exceptional paintjob. Maybe its the light

Whats the name of that Windblade looking character. And is it just me or does that one seem to have an exceptional paintjob. Maybe its the light

Some of the Warrior figures look interesting to me. Like the new Twitch figure. Or the new Megatron figure. Optimus doesn’t look bad, but would have liked more transformation to happen with the backpack. I don’t recognize most of the actors beside Dietrich Bader and Alan Tudyk (I’m really liking his voice for Prime. Definitely would like to see him return in the future.). Looking forward to Earthspark b/c they might change things up with the formula with the two Terran characters joking up with the human family.

Megatron looks nice…….almost a V TOL Osprey Type Aircraft…….(similar to Animated, but without the swords (I think)

Yeah, you kids enjoy yourselves.