Sound off about the artwork, creator credits and synopsis details for these publications on the 2005 boards!

“Peace Through Tyranny,” proclaims Megatron, leader of the Decepticons, archenemy of Optimus Prime, and would-be future ruler of Cybertron! Feast your eyes on a collection of the Megatron’s greatest (and most terrible) moments that would define the character forever-as a warrior, a poet, a leader, and one of the greatest villains of all time! Collects The Transformers (1984) #70 “The Price of Life,” The Transformers (2009) #22 “Chaos Theory, Part 1”, The Transformers: Megatron Origin #1, Transformers: More Than Meets the Eye #32 “slaughterhouse,” and Transformers: Autocracy #7 “Choices.”

In “The Landscape of Fear,” the Crystal City, last refuge of the Autobots, is under siege. But with the arrival of last-minute reinforcements, do they have what it takes to turn the tide of battle in their favor? And what of the other threats to Cybertron-Insecticlone swarms, rust worms, and a great evil reborn?!

Everyone is acting a bit strange… In Transformers: Beast Wars #14, Waspinator and Scorponok come across some more of the aggressive mutant animals we’ve seen in earlier arcs and find out what actually mutated them! How will this new power affect the Cybertronians?

Trapped at the bottom of the Sonic Canyons, a group of Autobot scientists come face-to-face with Cybertron’s greatest threat, Exarchon, and his lost armory. Can the peaceful Autobots hold out until help arrives-and with the Crystal City under siege, can the Autobots spare any help to begin with? 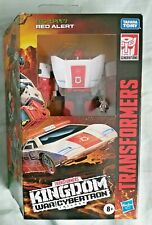 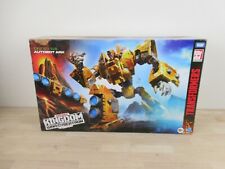 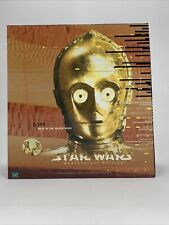 I've seen too many anime to not know where that is heading.

Damn, all these unused characters now arriving in the Beast Wars reboot makes me either want some of those old toys or new iterations in Legacy.

I'd love a new Razorbeast, Skold, Nyx, and Polar Claw in Legacy. And IDK if you know but Polar Claw was originally gonna be in Kingdom but got canceled so Tigertron could be a voyager figure. But I'd hope we maybe get him along with Gears in Legacy and maybe/hopefully a GS Panda Polar Claw

How is the Beast wars series? I haven't looked at it, and with IDW losing the license, I'm hesitant to start. But I also love the characters, so I've been interested and it's gotten enough issues to make it worth while if it's decent

ahaha that's fantastic. They actually got Kaye to do the voice too!

Okay now the original plans for Polar Claw to be in Kingdom make way more sense.

Still waiting on Nyx and Skold figures. I thought those would be shoe-ins since they can be easily retooled into bat Primal and Snapper.

Damn, all these unused characters now arriving in the Beast Wars reboot makes me either want some of those old toys or new iterations in Legacy.

You have no idea how bad I want an official repaint/remold of the possible future polar claw into a panda.

Am i the only person eho thinks that those \"last-minute reinforcements\" are in fact technobots?

Leia was supposed to be the literal last jedi until Fisher passed away.

She wasn't meant to be a Jedi at all. She was going to broadcast a message to the Galaxy from Coruscant.
here going though Jedi training was one of the changes made to Rise of Skywalker after Disney made them rewrite a completely new script.

Who\'s that white robot with Glyph and Wheeljack? They look cool.

Welp, I haven't been interested in the new BW comic but–now they have Polar Claw on the front cover so…I'll be getting that issue at least.

Most likely not the intent, as names like that generally aren't literal (Last Jedi for instance), but if the news of IDW losing the license is true than it may become more literal than they first thought.

Leia was supposed to be the literal last jedi until Fisher passed away.