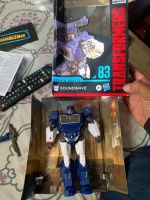 An image is surfacing over the internet which seems to be be our first in-hand look at the new Transformers Studio Series Bumblebee Movie Soundwave.

Soundwave is a new Voyager mold inspired by his design from the Bumblebe movie. While the figure was officially revealed some weeks ago together with other Studio Series Bumblebee movie figures, we now have our first look at the proper mold in robot mode as it comes inside his packaging which includes a Cybertronian backdrop. The image also shows a pretty damaged box which indicates that Soundwave’s Studio Series number would be SS-83.

See the image attached to this news post and the join to the ongoing discussion on the 2005 Boards!

Update: Added more images including the back of the figure in robot mode. 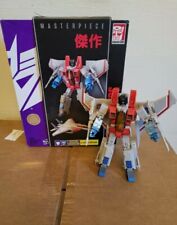 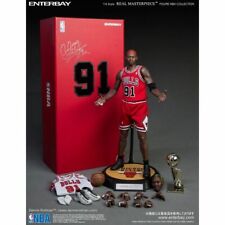 Crazy how forgettable he is now compared to him being the one that first reviewed stolen Kingdom toys and was our first look at Kingdom.

After finding out that these characters never had vehicle modes designed and Hasbro had to design them themselves, I’m happy it was that way. It has clearly made for way better figures than if they had to adhere to a on screen vehicle mode. They have allowed the robot modes to shine while also being able to create vehicle modes that look good and coherent save for Soundwaves lol

Ratchet's the one I'm waiting for.

…Well, the Ironhide version of it, actually. I just really hope the mold is good.

Hoping I'm wrong about that.

Okay – Brawn? Brawn looks terrific. Awesome robot mode, liberal use of paint, interesting transformation, and a vehicle that actually looks like A Thing. Strong silhouette, readily identifiable front and back.

There’s still some waffling in the knees, but it’s reasonably well hidden and isn’t a glaringly obvious cost-cutting measure. I’m here all day for this one.

Dang… that's pretty much a near perfect figure…

With the "drill" in front, it's a super neat little utility vehicle, reminds me of the Starriors Rammors

He's like the "Siege Spinister level of quality" (how impressive it was compared to many of the other figures) of the SS line so far but much easier transformation and less gaps.

THIS is what Hasbro needs to do with ALL figures.

this is the first time I've seen a brawn that looks good D:.

why do these look so much higher budget than usual ss deluxes ;__;

Yea. Even on the official artwork, renders, and even the ThreeZero fig, it's not as blue as whatever is on this here SS
View attachment 29315359 Idk if Hasbro can do such a thin blue line on the inside of the faceplate so maybe that’s why the entire section was blue?