Artist and character designer Francesco Giglio have treated us with some animation models of  the new Transformers Cyberverse Season 4 for your viewing pleasure.

The images, posted in Francesco Giglio’s Artstation account, show the full body design of Trypticon, Swoop, Sludge, Slug, Snarl and Volcanicus. All of them are key characters in the first Transformers Cyberverse Season 4 TV special. We are sure you will be pleased with these new fresh and modern designs for the Cyberverse universe.

See all the images attached to this news post and then let us know your impressions on the 2005 Boards!

Good to know that Mecha Godzilla is making an appearance in Cyberverse, and how this was "designed", not copied!

Godzilla is popular, ya? But I always saw Trypticon as a T-Rex, not a Kaiju-fighting government project!

Good to know that Mecha Godzilla is making an appearance in Cyberverse, and how this was "designed", not copied!

Godzilla is popular, ya? But I always saw Trypticon as a T-Rex, not a Kaiju-fighting government project!

this version of mechagodzilla from the millennium era of Godzilla movies (1999-2004)
View attachment 29299918
i think the designs look pretty similar enough to warrant a repaint of one of his figures, they did it with EVA unit 01, so maybe they can do it with trypticon. especially cause godzilla's 70th birthday and the 40th anniversary of the transformers falls on the same year

those dinobots are pretty happy!

I don't think I've ever seen them smile so much…

I find it interesting that trypticon is using the merc logo.

Well, he is a Mercenary in the show so

I find it interesting that trypticon is using the merc logo.

I do dig Trypticon\'s horn. Reminds me of Harryhausen\'s Ceratosaur.

Then again, pretty sure everyone was wanting an actually combining CV Volcanicus. Or a Tarn and Trypticon. Hasbro seriously doesn't know what money they're leaving on the table for this line.

Cyberverse isn't the toyline for a combining figure of the calibur people want. Nor is it the line for a Titan figure. We'll probably get both down the road though, now that reception to these has been very good. And I wouldn't count out the *next* kids show getting a Tarn/Tryp. Mostly because Cyberverse leaned on the evergreen designs moreso than previous shows. So that style may be here to stay even if the show changes.

Sludge is the best.

My only wish is they had figured out a way to incorporate the beast mode from the Volcanicus Cyberverse toy. Was *really* hoping that was gonna happen.

Then again, pretty sure everyone was wanting an actually combining CV Volcanicus. Or a Tarn and Trypticon. Hasbro seriously doesn't know what money they're leaving on the table for this line.

Millenium era Mechagodzilla basically. Made from the bones of the OG '54 Goji, the Japan government made it as a weapon to combat Godzilla. And it's codename was "Kiryu" which basically means "Silver Dragon" (Ki Ryū). Imo, it's the best MG design personally. Doesn't help that, for a little time, Gojira possessed the mech which caused a scary but awesome moment as it goes on a little rampage through Tokyo as it's eyes were blood red 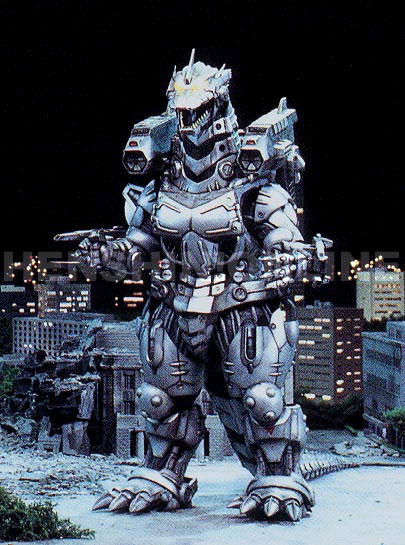 but why is Swoop a female?? I don't have a problem with a larger female cast, but why genderswap Swoop? what is the reason?

Why not? It's a good idea of having a female on the team and not have to worry about Slash. If anything, she was the smartest of the group compared to Grimlock, and having her being a weapon specialist/scientist really works imo

The sad part is that the show is already over and we won\'t see any more adventures from this team, it was the only time the Dinobots were represented as a real team in an animation. And Hasbro underestimated the potential of the cartoon, there should be a collection of deluxe toys with all the characters.

god i need a trypticon toy as fast as possible. heck, I'd even settle for an shmonsterarts repaint of kiryu into trypticon, you'd just need a new head and backpack (which kiryu is already compatible with) and bam, you have a 6-inch, non-transforming trypticon, which would be fine for this incarnation cause he never transforms

What's a Kiryu?
I am pretty sure we will get an Ultra or whatever the size Iaconus was Trypticon. So far we only have Volcanicus at that scale and there were 2 molds in that category before.

God, there's so many cool little details in these. Sludge's adorable tooth gap, the little cut on Slug's face, Swoop's goggles, the fact that all their Autobrands look drawn on instead of being official badges… I adore this show's designs.

Sludge's head is adorable, he has a great expression in the show too. Makes me annoyed the Voyager-sized toy doesn't have this head.
Here is hoping all the Dinobots get Deluxe toys same as Slag/Slug.
The crayon-drawn Bot insignias are hilarious, but make sense given they are basically Grimlock's unofficial fanclub.

They just saw he had that insignia without understanding the meaning of it, from his broadcasts, and so copied it.

Okay I'd like a Titan size version of THAT Trypticon.

Especially since it doesn't need an oversized car on his chest.

just look way wayyyyyyyy cooler and more modernized to me than TR Tryps.

I like them both, really. This is a smaller, more streamlined Trypticon, indeed, like most designs Cyberverse did it simplified the look and added cool details here and there, I love the jump jets on his feet. However, he clearly was not meant to really transform into anything… I do wish he turned into a spaceship. TR Trypticon's so-valled "spaceship" mode would be a great fit for this one as an alt mode.

I passed on the Titan Trypticon because of the price, space, and reports of QC issues. If Hasbro can make a 12" – 16" version of this Cyberverse Tyripticon I would be very happy.

There were only QC issues with the very first line of release. I transformed mine countless times without issues. I feel Walky's TF Wiki likes to blow these out of proportion. They did the same with MP Rodimus Prime (the first version). I had mine for like a decade now and transformed him often, his legs never broke.

Press f to respect that there's no full-tilt.

Why does everyone hate him?

I mean I don't mind that this design doesn't have him given that this is a completely different Trypticon from another universe, but I would have been annoyed if the TR toy was missing it.

Swoop has always been the twink, nobody should be surrised the he\'s a lady now

still waiting on my deluxe shadow striker and slipstream, Hasbro

I really hope that swoop toy is good. Just got the slug deluxe and I am pretty happy with it. One can hope for a trypticon but I doubt they would make one for the cyberverse toyline.

still waiting on my deluxe shadow striker and slipstream, Hasbro