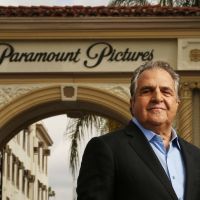 Paramount Pictures CEO Jim Gianopulos is set to step down from his position.

Following the underwhelming box-office yield of Transformers: The Last Knight and China’s clampdown on foreign investments, HuaHua Media left its partnership with Paramount Pictures at the end of 2017. HuaHua Media was supposed to fund 25% of the next two Transformers movies and 25% of all Paramount movies until 2020.

2017 was not a kind year for Paramount. That year, the movie production giant saw a loss of $445 million; where $100 million loss was from Transformers: The Last Knight alone.

Mr. Gianopulos took decisive action to turn things around for Paramount and it worked. At the end of 2017, Paramount Pictures entered a new agreement with Hasbro, where the toy giant would chip in more money to their movies but at greater creative control.

Such steps ensured the financial safety of Paramount and the company went on to produce critically acclaimed movies such as A Quiet Place and Bumblebee under the new leadership of Jim Gianopulos.

All things must come to an end and so does the tenure of Mr. Jim Gianopulos. We wish him the very best for his future work and we also wish his successor Brian Robbins, a wonderful stay with many Hasbro movies to follow.

On a closing note, Paramount has expressed their interest to drop big-budget movies in favor of smaller productions that will directly go on their streaming service Paramount+.

“What this is all setting up, according to insiders, is Paramount retreating from big theatrical productions to focus on titles – remakes, branded content, cheaper fare – that will service its streamer, Paramount+.” -Borys Kit, Journalist

There is a likelihood that this move may affect the pending renewal of the aforementioned agreement with Hasbro at the end of the year 2022.

You can also read follow-up articles for this development via Deadline and Hollywood Reporter.

Same (it being a prequel with Orion and Megatrons friendship has some much to be explored and informative to GA and can have people actually find Megatron a good character and give him character development) also i know animation is expensive but I wouldn't be surprised if we see some cameos by G1 characters we know maybe even in the background (Sideswipe, Ironhide, etc.)

Right.
Seeing the Knightverse aesthetic in full would be glorious.

Same (it being a prequel with Orion and Megatrons friendship has some much to be explored and informative to GA and can have people actually find Megatron a good character and give him character development) also i know animation is expensive but I wouldn't be surprised if we see some cameos by G1 characters we know maybe even in the background (Sideswipe, Ironhide, etc.)

I feel like a broken record saying it, but:

1. No Insults, Trolling, Flaming, Name Calling, Harassing, Etc.
We will not tolerate insults, excessive profanity or throwing a topic off course. Use of racial, bigoted, sexist, or discriminatory terms or phrases is not accepted. Posts intended solely to antagonize others are not accepted. Keep topics/posts where they belong. Generally, “play nice”.

13. No Disruptive Posting or Flamebaiting
Do not purposely post anything which will cause another member (or members) to react negatively. This is subjective. The TFW2005 staff will evaluate the trend of posts made by those consistently being reported or those that are repeatedly involved with arguments on the site. If their overall method or content of posting leads to staff attention repeatedly, we reserve the right to warn, infract and/or ban accordingly.

Please, think before you post. And if someone else breaks the rules, report and do not reply. If you reply in kind, you only create a bigger mess for us and drag yourself into whatever rule breaking is involved.

Locked pending cleanup. Some of you seriously need to take a step back and have a look in the mirror.

The '86 movie was a radical reinvention of the brand. Slaughtering Optimus and most of the heroes?

You do understand that this is universally regarded as one of the single dumbest things Hasbro ever did, right? The original movie was a failure and signaled the slow decline and ultimately the death of G1 specifically because they tried to kill everyone and replace them. And then at the very end of the cartoon they tried bringing them all back, Prime included, and that didn't work.

Oh, right, they did the same thing with Age of Excrement more or less, just with less physical Optimus Prime death (and only because he'd already died two films earlier) and look where that led – TLK where they did a full 180 and tried to bring back as many characters as they could, except it didn't work. Almost as if it was still just as fucking stupid and brand damaging as the first time.

Simply forcing change for the sake of change is never a good idea.