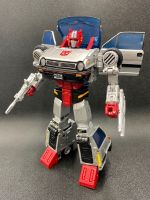 We have two clear shots of the next variant of the MP-53 Masterpiece Skids mold. We have a look at the robot and alt mode showing the new deco, head and the included small Motocompo.

Masterpiece MP-53+ Senator Crosscut  is already available for pre-order via our sponsors links below, so hit the links below to get your copies! Then click on the discussion link below and share your impressions on the 2005 Board! 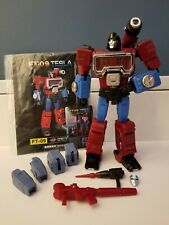 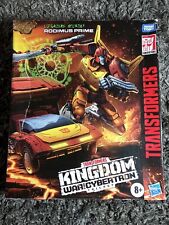 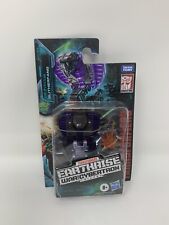 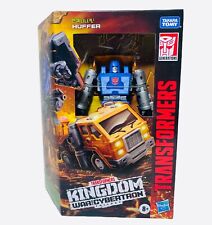 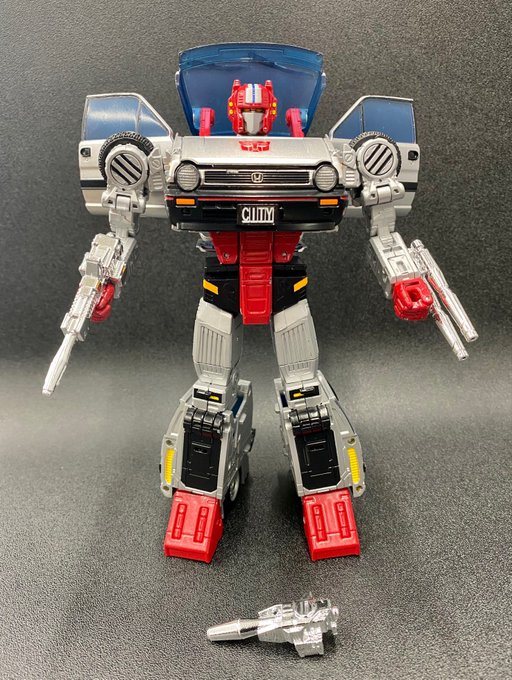 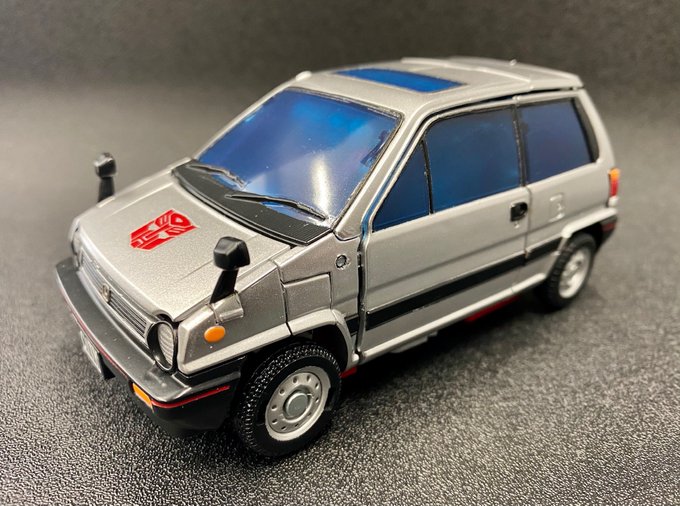 I don't know what Hobby Watch is but they've got a short article on Crosscut (I don't think it contains anything new):

Bit late to the party but here's a roughie.

Scheduled for release in late March 2022

TOMY will release the action figure MP-53+ Senator Crosscut from the Transformers Masterpiece series exclusively at TOMY Mall in late March 2022. The price is 10,780 yen (tax included). Orders at TakaraTomy Mall will be accepted until 1:00 p.m. on September 1st.

The Transformers/Cybertron Ambassador/Crosscut, released in 2002, is now available as a Masterpiece "Cybertron/Councilor Senator Crosscut". The figure is based on the silver-colored Honda City R model licensed by Honda Motor Co.

In addition, the Honda City R can be fully transformed into robot mode. The robot mode has been newly designed based on the toys of the time, and is fully posable so that various poses can be enjoyed. Three weapons are included: an electromagnetic pulse emitter, a stun grenade, and a double-barreled Vertigo gun, as well as a clutch drone (motocomponent). The clutch drone and weapon can also be stored in the hatchback.

So yeah pretty much jack shit in terms of new info.

When you are the official photographer and you asked for a pay rise, but you have an "hell no" as an answer.

Ooh the Motocompo does have MOTOCOMPO written on the side!

Now just hoping Takara's has the same QC as XTB's as well.

View attachment 29183927 Forgot all about the XTB version,comparison photo

My first TRANSFORMERS: MOSAIC (anyone remember these?) was about him. I really like this character, and it's a better option than that red repaint. Maybe even better than Skids.
View attachment 29173683

I don't know what Hobby Watch is but they've got a short article on Crosscut (I don't think it contains anything new):

Also, and this is a criticism I have of all of the more recent Masterpiece figures going back to at least Sunstreaker; I really don't like the rounded fingers on their hands. For some reason they bug me, they just look too humanoid and out of place on these blocky robots. I miss the more squared off angular fingers on previous Masterpiece and third party Masterpiece style figures.

I know it’s probably not a popular opinion, but I’m glad to know that someone feels the same as me!! I’m not a fan of the rounded humanoid fingers they’ve been doing lately and prefer the blocky robot-like fingers.

The PLAYWRIGHT part was IDW, Crosscut was always a Senator/Ambassador though.

The Senator part is also IDW. Crosscut's original eHobby bio only describes him as an ambassador/diplomat.

The PLAYWRIGHT part was IDW, Crosscut was always a Senator/Ambassador though.

It amazes me how mundane that alt mode looks in silver yet how badass Crosscut looks in bot mode.

Fuck Broadway, that shit's got NOTHING on My Shovel Your Face. Watch once Information Creep comes out, he'll be digging a grave for every show they've got with that ironically placed shovel on it's poster.

This looks so good and Crosscut is maybe my favorite Diaclone figure that made the jump to Transformers fiction, but I just can’t shell out this much right now, even for an MP. I am formally requesting HasTak to give us a Selects Crosscut from a future Skids Generations mold.

If we get a new Skids mold I have no doubt they'd do a Crosscut. The fact that they did him for T30 actually was one of my favorite surprises and was definitely a good sign especially back then when even Takara wasn't touching Diaclone a whole lot outside of reissues. Now we just get em left and right. Hopefully HasTak sees people's interest in Skids and co.