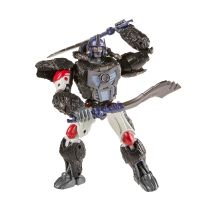 Coming to us from IGN, we have the reveals for R.E.D. Optimus Primal and Reformatting Megatron. They are both a part of the Walmart Collector Con and will be available both there and Hasbro Pulse on July 23 at 10 AM ET/7 AM PT for $22.99.

Both figures come in at 6-inches tall and are non-converting, as is the case with the R.E.D. line. By going R.E.D., Hasbro opted to “bring collectors the most screen-accurate versions of their favorite characters” for Primal and Megatron.

Optimus Primal has 30 points of articulation and detailed paint, coming in at 74 deco ops. While not convertible, Primal does have a pair of blasters tucked away under his forearms, which is nice.

Megatron has 23 points of articulation and is modeled and decoed after the scene in the 1986 Transformers Movie “midway through his rebirth into the immensely powerful and menacing Galvatron.” Megatron comes with Fusion cannon and includes 4 changeable hands holding Energon accessories.

Check them both out and let us know what you think after the break!

found these in miami, in both the hialeah and doral stores.

also walmart have them online for preorder for $14.99 as part of the black friday/cyber monday sale.

kinda sucks you can't price match those prices in store…

they must love that scene, because we\'ve gotten TWO figures, a galvatron recolor, and a figure that doesn\'t transform, and is STILL inaccurate

I mean, it gets the point across at the very least.

they must love that scene, because we\'ve gotten TWO figures, a galvatron recolor, and a figure that doesn\'t transform, and is STILL inaccurate

Love thise figure a ton. I just wish the translucent purple was a bit more clear so the light can shine through it better is all. Found mine at a Super Walmart in Glendale Arizona tonight. (Sadly no Primal)

Wasn't there something about them being that Hasbro con exclusive thing? Why are they up here on the shelves?

You may be thinking of the Reformatting Galvatron redeco, which is Pulse exclusive. The RED figures are all Walmart exclusives (with a small number available on Pulse).

Wasn't there something about them being that Hasbro con exclusive thing? Why are they up here on the shelves?

I found these at Worcester Massachusetts Walmart today.

Britain, last to get EVERYTHING, has had these for nearly a month. The Optimus Primal looks great with my other Primals, but I honestly couldn\'t recommend him to somebody who wasn\'t a colossal Beast Wars fan.

The joints are either creakingly tight or free-spinning, the shoulder pads are independent of the arms and flop everywhere, the plastic is somehow both pleasantly heavy while looking and feeling like KO plastic, and I have to use a rubber band to hold his backpack and chestpiece onto his body. The wrist cannons are also separate pieces and they just fall out of the arms.

He\'d be on a fire if he wasn\'t an Optimus Primal.

Be careful with Megatron. My first one shattered at the waist when I tried his ab crunch. Second didn’t feel much better, but I made sure he was warm before trying that time. I’m happy he’s the only R.E.D. figure that I wanted, these are not great.

Whoa! I thought those were already out in the US! Nice find!

here 'ya go, take your pick – Walmart is cheaper, but Pulse is probably more reliable (went with Walmart myself since prices for TF's have been going outta control)…!

This is the first I'm hearing about the Legacy line, but if she's transformable, she's probably going to suck at least a little. For a transformer like Prime Arcee, it's almost impossible to make her transformable and not have a huge backpack. The only ones I would trust to make a good, transformable Arcee are Unique Toys or another third party company that sold their soul for the ability to do impossible things.

I'm really curious if they could possibly do better than Prime RID Arcee (mold-wise, the colors were always a bit off). That figure kept things as streamlined as possible and had a pretty good robot mode, but still had the big front wheel on her back. At least you could pop it off on the mushroom peg.

I just don't see how you get that to collapse further, especially considering Deluxes have only shrunken since then.

I caved and pre-ordered reformatting Megatron (I can always cancel it later if I change my mind). It is a neat novelty, and I think it'll probably make an excellent companion piece for the upcoming leaked/rumored reformatting Kingdom Galvatron.

Primal, as others have said, is confusingly redundant.

I hate to pile on but wow this is inexplicably bad. Like, I\'m not inherently against RED and had been advocating it early on, and Season 1 BW characters make a ton of sense but… that Primal is bad. Or rather, inexplicable. They could have easily distinguished it from the Kingdom figure but nawp, make it look exactly the same even if it doesn\'t have the limitations of transforming.

For the \"but they\'re for kiiiiiiiiiiiiiiiiiiiiiids\" people who use that to defend any and all criticism, this is a freaking \"Collector Con\" Exclusive. That argument falls flatter than a piece of paper.

I agree there\'s a market for the RED Figures in general. Doesn\'t mean Hasbro isn\'t fucking it up. It actually feels incredibly similar to how Bandai keeps trying to make the Gundam Universe line of figures inexcusibly and inexplicably bad.

Oh really? So Kingdom Primal Swords actually combine together as one weapon?

Some people are saying we won't get a transforms le version of this because we can't have him as a gun but no reason he can't become a tank and still look fairly accurate.

Yeah. I'll be honest, I don't have the answer on how to implement that but surely there's some way to make him look like this but with the tank alt mode. Earthrise got so close (and personally I love the crap out of that figure) so I think they might be getting there but it may be a while. I don't look for another Megatron past this RED one for a while since he's a pretty well saturated character at the moment. 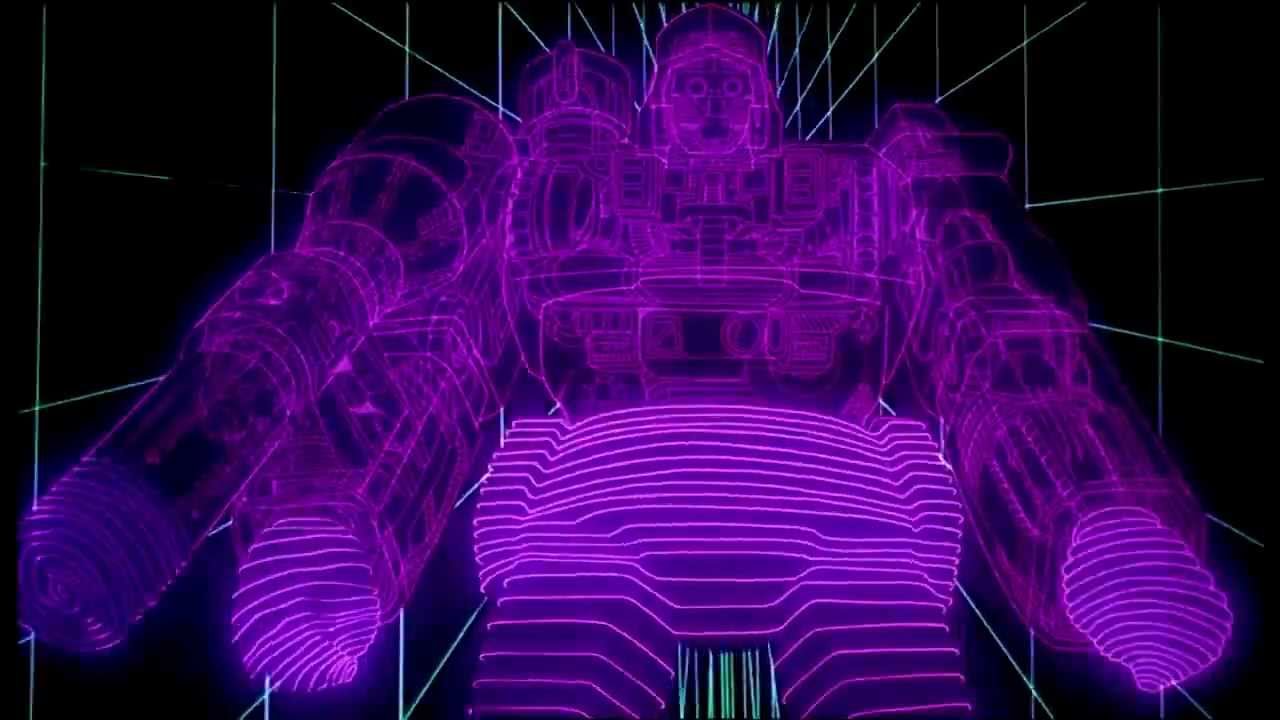 No one wants purple striped pants Megs…well, I mean I would but I'm weird. We just want him purple with the skeletal frame showing like he had right before the lines started climbing up him.