Third party company NewAge have revealed, via their Weibo account, images of the color prototypes of their  upcoming Hephaestus (Legends Scale G1 Devastator).

These Legends scale Constructicons are part of Newage’s Hephaestus combiner/G1 Devastator. Each figure will stand only 9.8 cm tall with a great cartoon accurate design and finishing, die-cast parts and a good range of poseability. These figures will be sold in 2-packs as the first H29 Raum & H30 Vine (Legends Scale G1 Scavenger & Bonecrusher). H31 Crocell & H32 Marbas and then H33 Berith & H34 Paimon. Each figure will include small trumpets (yes, trumpets) as a pre-order bonus for you to recreate the classic Transformers G1 movie Starscream’s coronation scene.

To top it all, we have am extensive set of images of Hephaestus/Devastator for your viewing pleasure. This is an impressive an articulated combiner with a nice cartoon-accurate design. The images reveal the main frame piece used for the combiner body (which you may like or not).

Remember that we also have Magic Square Toys Legends Scale Devastator and Constructicons as another alternative for your collections. Click on the bar to see the mirrored images and then join to the ongoing discussion on the 2005 Board! 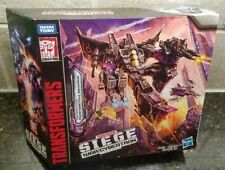 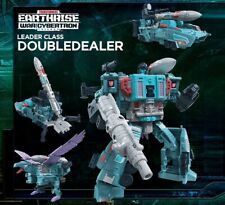