To celebrate 600 episodes (if you ignore a couple hundred other ones), Vangelus wants to talk about something that he’s pretty sure he didn’t get to record a podcast about yet. 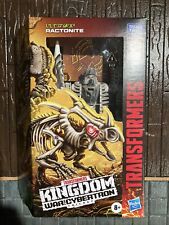 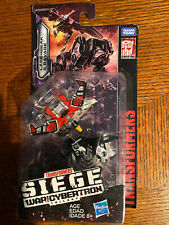 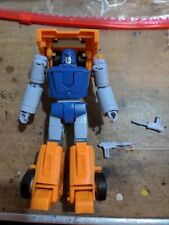 If anything you can at least take pride in the fact that all it took to significantly slow down (but not stop) the tremendous driving force of the podcast was a mere global pandemic.

Tossing my opinion in there as well, as this movie was basically Seabisquit.

I liked the movie, but I guess I’m gonna be that negative dude, but this movie was basically the same plot as a number of other movies that came out around that time. For example: Monster Trucks (2016) – IMDb
A-X-L (2018) – IMDb

I think the big issue to me is that Bumblebee has no personal autonomy. He’s basically a pet. If he had his own personality and was a partner to the main character, I’d have been way more interested.

And Vangelus put into words why I didn’t like the Cybertron scene. It felt like a cutscene from a videogame. Nothing moved with the right speed or weight. It was all style with no substance and it didn’t match the rest of the film.

And Cena’s character arc didn’t make sense. His opinion on Bumblebee shifted way to quickly, without a reasonable buildup. This is an issue with Knight’s other film as well, as the main character in Kubo and the Two Strings did a similar thing to the bad guy in that film. I can’t tell if this is an editing issu, but considering it happened twice, I’m willing to say it’s a writing issue.

Also, just to say it, considering how bad the first 5 movies were with consistency and continuity, Bumblebee could easily still be considered a prequel.

I’d love that. They’re great characters and I’d like to see other interpretations of them. Seems unlikely though, as none of those other guys really show up anymore at all. Seems if you aren’t G1 and Beastwars, you aren’t getting a toy anymore.

Congrats on the approximately 600th episode!

The Blitzwing looks like a seeker thing is more like two functional problems I had waaaay back since Bayverse 1;

I didn't mind the red eyes since that's a been a shorthand for "too pissed for morals" forever.

Really glad you guys were able to record this episode and share your thoughts about Bumblebee as it also allowed me to finally put some succinct thoughts together about the movie while I listened to the episode.

The 2007 film came out when I was 9 so even though my first exposure to Transformers was Armada, the Bay movies quickly became my G1 and they hold an immense nostalgic value in my head because of that. I think a number of years ago I also got caught up in trying to defend the Bay movies and stand up for them because they mean so much to me as a fan but now I can whole heartedly admit their flaws and faults and admit that they do not hold a candle to Bumblebee.

I saw Bumblebee in theaters with my girlfriend, her mom, and her younger brother. None of them really knew what Transformers was outside of tangential knowledge of the cartoon and the Bay movies.

After watching Bumblebee, all of them were genuinely impressed and were asking me questions about the franchise and different aspects of lore. It was the first time that I actually felt proud to be a Transformers fan after watching a live action movie. I didn't have to be embarrassed and didn't have to try and defend me liking the franchise despite the film having gross sweaty humans plastered on the screen.

Bumblebee is the best Transformers movie, full stop. It's not my favorite but that's only because the original trilogy hold such a sentimental value for me. Bumblebee is a great film and shows what this franchise can be when it's given the proper love and care and can not take itself too seriously.

So thank you for helping me put those thoughts together and a huge thank you for continuing to make this podcast despite the craziness of the past year.

Congratulations on 600 episodes. I came in around 2016 and have been enjoying every episode that has come out since. You guys are the best in the business and I'm pumped to see what else you can do in another 600 episodes.

Gotta say, the only thing that really bothered me about the movie was every other Cybertronian having a name, but Bumblebee gets called "B-127" until he gets to Earth. Like, what's up with that? Always bugged me.

I took it as TFs didn't have names, unless you're a Prime, and that everybody just eventually took a name during the war.

I would love to see Shatter and Dropkick get ported into more continuities. I think they would have been great in Cyberverse, personally.

Gotta say, the only thing that really bothered me about the movie was every other Cybertronian having a name, but Bumblebee gets called "B-127" until he gets to Earth. Like, what's up with that? Always bugged me.

Happy you all finally made it to 600 but I'm probably going to skip this one; the Bumblebee movie did nothing for me. Granted I did watch it about a year or so after it came out and all the praise I saw for it probably made me expect more.

Man, I'm so glad to finally hear you guys talking about this movie!

I love this movie so much, and you guys noting details I missed has just reaffirmed that love.

One thing I think is worth noting, the deleted scenes on the Blu-Ray show a bit before the cliff diving scene where Memo did call Bumblebee a Go-Bot.

Can't believe I've listened to over 600 of these.
I'll never forget being on vacation, stealing wifi from my neighbor's house to download and listen to the first episode on my laptop. I was 14 at the time, and now I'm 27!
I still remember episode…..100 I think? Where there was a whole skit where Vangelus died. Fun times!
And when Eido11 was the sound for bleeped cuss words!

Anybody else having issues with this episode not showing in their Apple Podcasts app? It shows in iTunes though…

Also, seconded on the congratulations on 600 "official" episodes!

It hasnt been pushed to the front page here yet either, I only found out about the new episode because of Twitter
And I'll chime in thirdly on the congratulations, can't wait to relisten to this one to wring all the serotonin I can out of it

Anybody else having issues with this episode not showing in their Apple Podcasts app? It shows in iTunes though…

Also, seconded on the congratulations on 600 "official" episodes!

Vangelus wants to talk about something that he's pretty sure he didn't get to record a podcast about yet.

Also shout-out to Jon Bailey, the MVP of the Cybertron scenes. When I first heard Shockwave speak my jaw dropped thinking they got Corey Burton back for one line.

View attachment 29059208
To celebrate 600 episodes (if you ignore a couple hundred other ones), Vangelus wants to talk about something that he's pretty sure he didn't get to record a podcast about yet.

iTunes users – You can subscribe to and review the podcast here:
iTunes Store

The RSS feed can be found here, with a link to the show file:
WTF @ TFW Transformers Podcast – TFW2005.com