Series author Erik Burnham returns with more insights about Transformers Beast Wars, including a cast list and an explanation of the timeline at play in this series.

So where in the timeline does this take place? Are we still about 500 years before Generation One?

That’s the fun thing. It could be. It doesn’t have to be. We haven’t made plain the whens or the wheres of it all yet because the big twist that the show used (this all happening on a prehistoric Earth) may or may not be something we ultimately follow. Hasbro has been open to making changes — in fact that was a key thing they wanted — so long as they liked the new ideas as much as the old.

Will this series have any connection to the original Beast Wars comic from 2006?

It will not! The idea here was, at first, to just do exactly what the show did — but pad it out more, give more of a look into things. That was where we started. And then Hasbro & IDW decided, instead, to go for something different. The word thrown out was ‘Ultimate,’ like Marvel’s old Ultimate line. We start in a familiar place, with tiny changes. But a tiny change can change the path of a story—leading to other changes and a wholly different path.

Review our coverage of issue #1’s 5-page preview, then sound off on the 2005 boards! 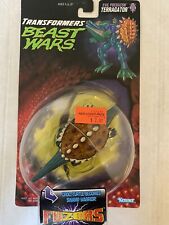 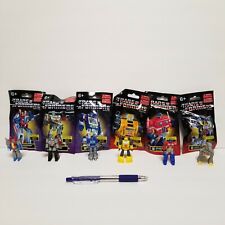 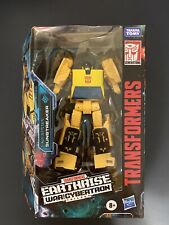 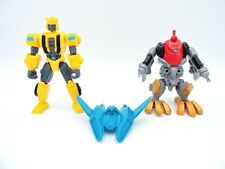 Transformers: Beast Wars is back and better than ever Writers @erikburnham and @jcburcham break down what you can expect from the series

I'm surprised I haven't seen the five-page preview of Issue #2 yet, now that I think about it.

It just hit me that issue #2 drops four days from now.

Where does the time go?

I finally picked up a copy. Can’t wait to read it! @jcburcham

The Beast Wars TV series has 52 episodes over three seasons — 26, 13 and 13 episodes respectively. At one monthly issue per episode, we're looking at over two years just for Season 1, assuming the overall storyline of the comic book series follows somewhat loosely along with the TV show; and that's even before taking the opportunity to delve deeper into some of the storyline potential from the show and adding new plots.

Take Dark Designs, for example, with Megatron using the Transmuter device to turn Rhinox into a Predacon. In the show, it was given a single episode, but you could see that being easily expanded into a four or five issue storyline. Rhinox is turned into a Predacon, betrays Megatron, forms his own sub-faction (perhaps gaining some allies from Stasis Pods, or a super-powered Terrorsaur, a la Power Surge) and tries to see out his own plans before finally being turned back to his Maximal self. So much juicy stuff that could be done.

I'm excited to see where the series can go, and what it can do. We already have some potential foreshadowing for stories. Earth has the two moons, and we saw Protoform X's Stasis Pod ejected from the Axalon. These are plot points from late Season 1 and Season 2. While things like the floating mountains will likely be played upon sooner, Planet Busters and Rampage are well down the line from here if the TV show is anything to go by, and both tie directly into the notion of Transmetals. Whether they're utilised in a similar way, time will tell, and their inclusion now could just be Easter Eggs more than anything, but seeing them is exciting nonetheless.

It's been said a couple of times that the series is an "Ultimate" version on Beast Wars. Something I would love to see them do, well down the line, is play with the ideas behind Dark Glass. The story could actually run as a nice addition to a Feral Scream storyline:

Like I said, this is would be well down the line of the series, but it's opportunities like this that make the potential for the series so exciting.

Alright, that answers that. Wasn't sure if it was going to get locked or stay open, I figure this was probably the best route that could've been taken.

should this be repurposed into more of a general discussion/speculation thread for the comic as a whole?

Isn't there a Comics subforum? I'd assume further discussion would go there.

I'm curious as to what should be done with this thread now that the first issue is out and the second is on its way in about two weeks– should this be repurposed into more of a general discussion/speculation thread for the comic as a whole?

Barber talking a little about how the comic came to be.

Seems like something worth exploring, right? Like a stasis pod crashed in water so the nearest lifeform was aquatic…what now?

They can just lay there.

Don't discount the value of an aquatic alternate mode on a planet that's 71% water.

Don't discount the value of an aquatic alternate mode on a planet that's 71% water.

Injector is the Dracovish of Beast Wars, in more ways than one.

If I remember his bio, he's vain. Which would be great. Just the stupidest looking alt mode on the most self-absorbed person ever.

Injector is the Dracovish of Beast Wars, in more ways than one.

I mean, based on the current story I would have to guess that the computer deliberately looked for the most compatible beast modes for each character and it wasn't arbitrary.

Depthcharge was lucky he arrived after the quantum surge.

Just got my copy home, and if they make figures of everyone on that scale chart….yes please. Especially if they go with the sizes of the four dudes I wasn't expecting to see on there.

If Transmutate appears in the comics at some point I hope they don't kill her off in that same issue.

I hope they go over her past a bit. Even if she eventually meets the same end, getting more character time would be great.