Following the reveal of Prime 1 Studio Dark Of The Moon statue, now we can share for you our first look at their Museum Masterline Transformers 2007 Blackout statue which was revealed during Prime 1 Studio Next Level Showcase in YouTube.

Prime 1 Studio brings us now an astonishing take on the first Transformer seen in the original Transformers 2007 live-action movie. Our first images let us see that this statue really catches Blackout’s design from the screen. This is just our first fast look at the statue, so we may expect more images and information in the next weeks.

See all the screencaps from Prime 1 Studio Showcase after the jump and then share your impressions on the 2005 Board! 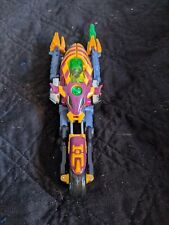 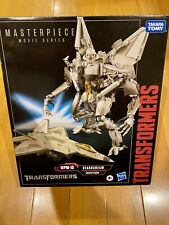 Blackout is my favorite design of the Bayverse movies. Such a beautiful statue! It is probably going to cost an arm and a leg ($2,499 probably?)!

I wonder the size of that statue. It has to be massive.

Probably two to three feet. I have a Prime 1 statue and it's two feet tall.

Honestly, Blackout, Optimus Prime and Jazz are my favorite from the Bayverse.  They\'re designs are really damn nice…I\'ll even through Brawl and Bonecrusher in there.  It took well over 10 years for Blackout to get a decent figure and we still needed to but a KO version of him to be in scale with 2007 and 2009 figures.

This statue is very nice.

I wonder the size of that statue. It has to be massive.

Blackout is the one of the few positive memories I have from the Bayverse. I just got into statues and I will definitely try to get this.

A standout design from the Bay movies and I'm surprised it took so long for him to get any sort of premium collectible like this.

Just give us an MPM that looks like that.

Screencaps from the presentation