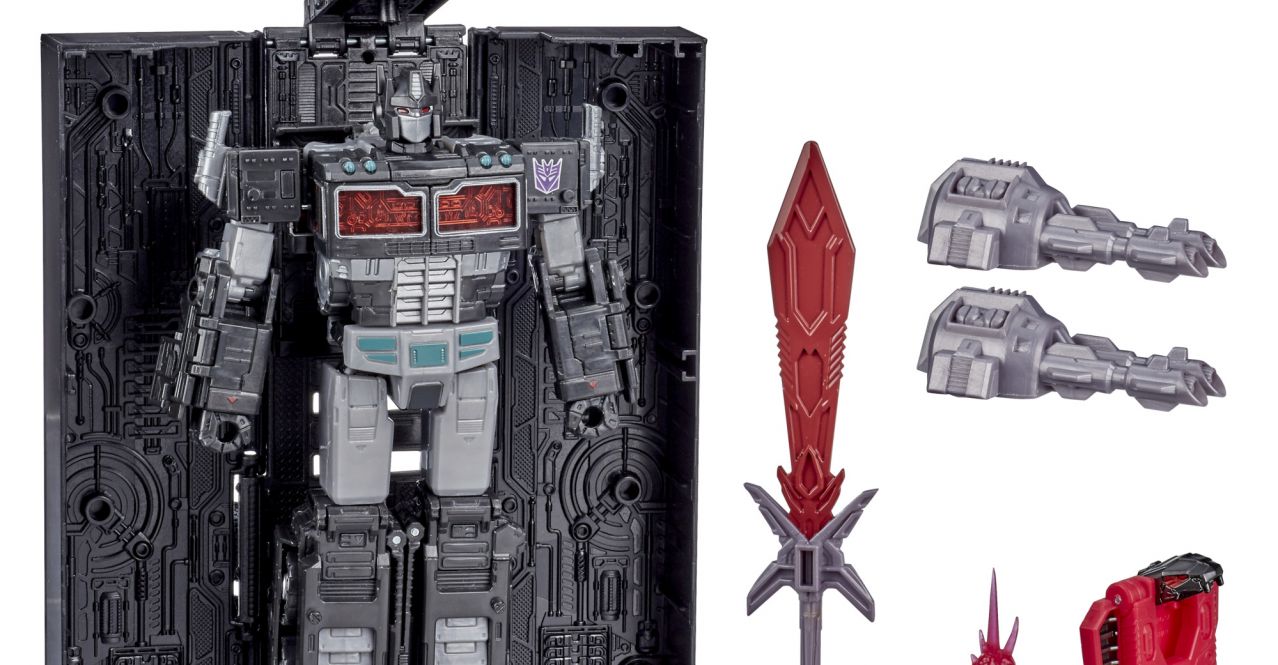 The recent Netflix Transformers War for Cybertron Siege Spoiler Pack #2 was originally a Walmart exclusive in the US, but now it’s coming to more retailers! And, now we know what it is! This is a black Nemesis Prime repaint of Siege Optimus, along with the Earthrise trailer. He comes with a red energy sword, Energon cubes, extra guns and a Slitherfang repaint. He’s available now at select additional retailers, check our sponsors below to pick up your copies! 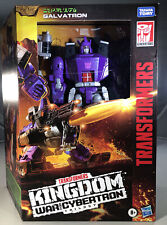 You take some nice pics. It's a bar to aim for!

My only POTP figure is Inferno because BBTS had him for $20 (and they still do). I nonetheless regret the purchase. He doesn't look great, they damaged him assembling him by over-torquing his shoulder screws so there is a gap in his shoulder, the plastic has this unholy ghostly quality and isn't pleasing to touch at all. The accessories and ports have a lot of problems: 5mm was apparently just a guideline and they have not accounted for material variances, thermal expansion, and other well-understood forces of material science. But the combiner feet look good as katar weapons for Cyberverse Grimlock and I've decided he is worthy to watch over the empty figure boxes inside my closet…

I skipped on the U.S. Hasbro release since I had the Takara Siege first edition Nemesis Prime, but this looks nice to keep to display MISB.

The main issue with the pegs are the side pegs on the swords. They are not wide enough. Otherwise, everything else is OK.

i love the trailer smash pic. getting a pretty big Jojo vibe.

Great stuff man. He's a top figure. I usually just have him with a sword and a gun but he's just so cool.

I have a fair few nemmys anyway lol

All the potp accessories fit loose on my copy and they look bad anyway.

After the Netflix UM debacle, no one reported seeing the 2nd spoiler pack at a b&m Walmart. I've only seen in-person at local comic book stores, who have wholesale accounts through EE.

I purchased mine at Walmart in Canada. Seems weird we received it in store but the US didn't.

All the potp accessories fit loose on my copy and they look bad anyway.

Wouldn't the scale be even more off for this figure with the PotP Nemesis' accessories. The arm cannons, for instance, look comically large when used with this figure, since they were originally sized for a Leader class figure and this one is a Voyager.

When I saw the pictures of Nemesis with his arm guns, I thought the same.

In hand I rather like them though. They are excessive, but I kind of see it fitting a genocidal war-bot somehow. I don't see them as things he'd carry all the time, necessarily, more something he'd break out when outnumbered, but I like them.

It's obvious from the scale and two post to one port fittings that they weren't really meant for him, though. A bit smaller scale would have been nice. (I think Jetfire's arm guns would look better, although I haven't tried them yet.)

I also think they missed a trick with no ports on the trailer. I don't mean adding them especially for Nemesis since they're only interested in recolours with most of these selects and spoiler packs, recycling mold. (Interestingly, I think this pack might be the first in WFC what they recycled from three different lines.) But for lines which pride themselves with promoting playability with lots of ports and bloosh pegs, you'd have thought they'd include more on the ER trailer mold. Would have come into it's own with Nemesis. The big guns would look better on the side of the trailer than jammed on top of his cab. But then again the two post system of the guns might make placement difficult even then.

Small issues aside, I love the Nemesis spoiler pack.

Thanks for the info. Was able to place a preorder on EE, but man, their shipping is super high!

It was only online; Walmart seems to have decided they're not interested in stocking the Spoiler Packs at retail. Unfortunately, you're pretty late to the party – this set has pretty much come and gone at this point (it released back in November).

After the Netflix UM debacle, no one reported seeing the 2nd spoiler pack at a b&m Walmart. I've only seen in-person at local comic book stores, who have wholesale accounts through EE.

never came out in person in the states

There were delays here too. It finally made retail here in January after being delayed end of October and then mid December. Was hoping he would get here for Christmas but he arrived early January at retail here in smyths.