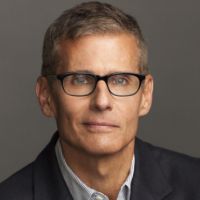 We previously reported that industry veterans Jeremy Latcham and Michael Lombardo were set to join Hasbro‘s eOne to cater the company’s entertainment needs.

Michael Lombardo, who was just a consultant for Entertainment One, is now fully onboard with the studio as the Head Of Global TV. Under his new leadership, the company is set to develop programming based on Hasbro properties including Power Rangers, Transformers, Dungeons & Dragons, and more.

Mr. Lombardo will also oversee eOne’s current slate that includes ABC’s The Rookie, HBO’s Run and the Growing Up Hip Hop franchise on WE.

“Throughout my career, I have been driven by a passion for great stories. I’m excited to join eOne where we have some of the most beloved brands in the world to inspire our work, in addition to an outstanding talent-rich pipeline built by a team that I very much look forward to leading” said Lombardo.

Entertainment One stated “We couldn’t be more thrilled to welcome Michael to the eOne team. His incredibly impressive history of success during his long tenure at HBO resulted in some of the most ground-breaking, iconic television series over the past two decades. A true champion of creative excellence, Michael is the ideal leader to guide our television strategy at a time where audiences are demanding content of the highest quality.”

I hope this means better shows because Cyberverse was JUST ALRIGHT.

It's one of those shows like Dora the Explorer or Paw Patrol. It distracts children and generates middling income in the short term but there's nothing to build on.

I always have hated how the Marvel Universe and Star Wars never made like a origin movie for any "evil" characters
This could be fixed easily by Transformers
The Decepticons aren't evil in my opinion, take for instance Starscream, he isn't evil he just wants to become the ruler of something he was taken away from, so he is selfish not evil.
Lets take a look of Overlord from IDW he is a pretty much the police officer for the Decepticons hunting down any traitors, if a country does this doesn't mean they are evil.

I would love to see origin movies for characters like Soundwave, Megatron, hmm maybe a new Blitzwing?

And Megatron believes he's genuinely right with "Peace Through Tyranny", and that peace through tyranny solves everything, when he couldn't be more wrong.

If they do a cinematic universe like Marvel, I think it should be called one of these two names, the Hasbro Movie Universe or the Hasbro Entertainment Universe.

Oh yes. On with the HasbroVerse.

If they do a cinematic universe like Marvel, I think it should be called one of these two names, the Hasbro Movie Universe or the Hasbro Entertainment Universe.

Fingers crossed, he might be able to make work a live-action series based on a human-centric brand like Action Man, GI Joe, M.A.S.K., Visionaries, etc.