(Edited for length and clarity)

Do you find yourself having to adopt other styles, or when you are hired [is a publisher] hiring the Freddie style?

There is a balance [to] becoming a unique individual and then that becomes your brand vs. accidentally being so unique that you’re on the outskirts, and now you’re only very niche and [a publisher] can only apply you to very specific rare projects. There’s a difference in style as far as rendering, which is the detail and the type of shading and that sort of thing, so that can be contributed to style. Also a part of style is the structure, so if you draw something that’s very cartoony and it’s very animated-looking, that’s a part of your style as well.

The structure of what I’m drawing is mostly the same, meaning [that] it’s a little cartoony… it’s got a little bit of manga, a little bit of Arthur Adams or J. Scott Campbell feel to it. Then, the rendering style [is something] I’m always very willing to change. The stuff that maybe most people know me for the last couple of years is an ink-washed style. If you looked at the original piece of artwork it’s all in shades of grey that looks like water color but it’s actually diluted India ink, like an archive-safe ink and then you apply different levels of water to make shades of grey.

Walk us through the very basic process of developing a comic book.

The writer will give me a script that looks a lot like a screenplay [with details, for example] page one, panel one. Sometimes they’ll indicate camera angle, but not always: a bird’s-eye view of Gotham City and in the background, you can see a silhouette of Batman swinging on a rope. And then panel two: we cut to an alley way, more of a worm’s-eye view and there’s an old lady about to be mugged and you can see Batman landing on the ledge in the background. Everybody’s who’s listening to this can probably picture it in their mind, but it’s my job as the artist to… take it from the imagination and put it on the paper. Sometimes I will need to change the camera angles; maybe it didn’t work the best with a bird’s-eye view, maybe the eye flow will actually work better if I combine those two panels.

I [make] all of my layouts digitally in Photoshop and make a separate file for each page of the comic book, then in the script [add sketches that are] quick, basic, child-like scribbles of the camera angles, shapes and dynamics of what’s going to be in the foreground and background. Then I go back through and start assembling those on what looks like a comic book page, [considering] what are going to be the larger panels for more impact, or what are going to be the thin narrow vertical panels to create more of a panning eye motion. A lot of [those decisions] are based on your own sensibilities, and what visuals appeal to you but also on what you learn along the way.

After that point, I’ll create a more visually communicative rough; it’s still simple, but the shapes are a little bit more obvious – a facial expression instead of just a word scribble – usually I’ll account for all the different word balloons as well. The process as far as the rough layouts takes maybe four to five days, but it’s where all of the work actually happens. The rest of it is execution.

Check out the full interview here, then sound off on the 2005 boards! 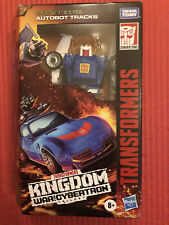 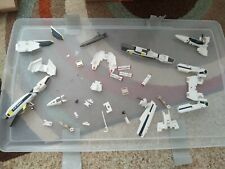 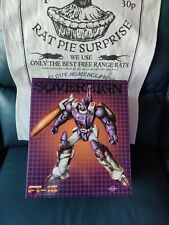 Met Freddie at FanExpo Vancouver. Super nice guy, and his panel was awesome. Managed to snag a sketch of Raphael that he drew during the panel. Awesome guy all around and has some great tales too.