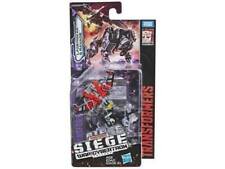 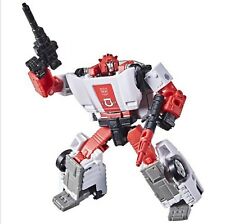 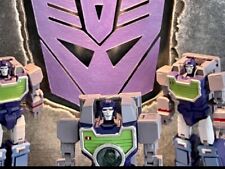 Well, that\'s just prime…. no more from the best incarnation of Swindle. He was great.

Well now my avatar is really appropriate for this.
And we'll never see a reprisal now. Funny, he was only in 2 episodes. It feels like more somehow.

Traditionally I'm very critical of Tranformers Animated. It just does not hold up for me. Maybe I'll do a deep dive into that elsewhere, but one of the complaints I have about the series is some of the annoying voice work (serious, go compare the earnest portrayals of 90s X-Men, Beast Wars and the OG Transformers to today, and you'll see what I'm talking about).

Willard, however, was a brilliant bit of casting. He really worked for that characters and gave a great performance. I often use that voice as the voice in my head when I read Swindle.

Wasn't he the President in Wall-E? Waaaaaay back before that I recall seeing him like everywhere and really funny too! Funny not crass unlike today's comics! Also, Rodney Dangerfiled is going to have another laugh mate up above in Elysium/Heaven/Shang Ri La/Paradise etc etc

We're losing the greats more and more everyday…but there comes a time where we have to let them go and try to move on. There will be a day where Peter Cullen may leave this Earth one day and we may never get the classic Optimus Prime back in our TV screens and in our movies…we may one day lose Frank Welker who besides being the voice of Megatron also has voiced Fred, Scooby Doo, Dr. Claw, Soundwave…..I can go all out but I'll keep it short on Welker…this right now is us mourning and talking about it. Willard would like it this way of us people who remembered him as Swindle in Animated to his movie roles too.

Wasn't he the President in Wall-E? Waaaaaay back before that I recall seeing him like everywhere and really funny too! Funny not crass unlike today's comics! Also, Rodney Dangerfiled is going to have another laugh mate up above in Elysium/Heaven/Shang Ri La/Paradise etc etc

What on the fifth moon of Pizazz?? Is a quote i loved from Animated Swindle. The dude made him into a fun arms dealer character. Im gonna miss that.

He made him a slimy, scummy arms dealer but is proper about it..its the most charming way of Swindle's Animated design.

What on the fifth moon of Pizazz?? Is a quote i loved from Animated  Swindle. The dude made him into a fun arms dealer character. Im gonna miss that.

Sad to hear about this.

He really made me like Swindle as a character as did for a lot of folk. He'll be missed for sure.

Wow. This is sad. I knew him for his late night bits before he voiced Swindle. 2020 has been a rough year all around.

Wow I didn’t know he was so old. Such a shame he’d have probably joined back for season 4. I’m grateful to the time we had and what he gave to swindle, such passion a true legend. F

Really, really loved his Animated Swindle and many of his other films and works, too.
RIP. He will be missed.

It has been a catastrophe of a year….like what's next? Dinosaurs come back and we ride them on horse back……….OK that sounds pretty badass not gonna lie…

Mr Willard was a legend. Not often you find an actor with such consistent positive energy.

Rest in peace and condolences to the family.

mercenary swindle to honor him.
make it happen, has.
View attachment 28633792

I bet when he gets to Heaven he'll be like, "Wha happen?"