Thanks to Ozformers Facebook and Twitter user @paulformer we have images from Melbourne Toy Fair in Austraila. The event had a wide variety of Transformers figures on display: Cyberverse, Masterpiece, Studio Series, Earthrise, Rescue Bot and the highly expected Earthrise Sky Lynx was there in all his glory.

Commander Class Sky Lynx was shown next to the original G1 toy giving us a better idea of his size. He’s not only bigger than his G1 counterpart, he seems to be what many fans where expecting from a new and modern Sky Lynx toy.

Check out all the images attached to this news post and then share your impressions on the 2005 Boards! 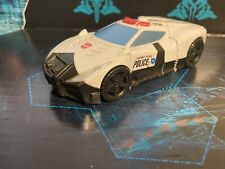 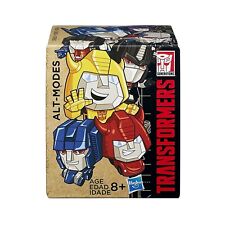 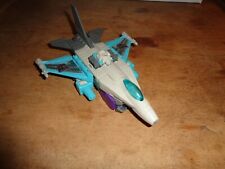 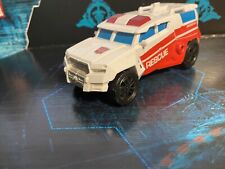 Isn't it funny.
Inventa is better than Sky Lynx.
Ismenios (to whom I own)il is better than Deathsaurus.
And yet I'm more interested in the commanders.

MMC Magna Inventa puts me in a it of a bind as it is my defacto Sky Lynx…but damn it ER Sky Lynx is an epic chicken-cat too. Plus the NASA logos and shuttle name slay me as a fan of astronomy and space!

As a whole, I love my MMC Inventa. Quality wise, it's solid and I don't have the neck issue and looks like a shuttle. Without having ER Skylynx in hand, I'd say Inventa is better, too.

But I try to buy official 1st and I like the ER version.

Real estate is at a very high premium in my collection, too.

What an odd question. When one has two fabulous depictions of such a magnificent character, one simply must enjoy both.

Exactly. Put ER in base mode, have the base defended by the MMC version. With Sky Reign riding Magna Inventa.

What an odd question. When one has two fabulous depictions of such a magnificent character, one simply must enjoy both.

this Skylinx by Hasbro is amazing but I dont think it surpasses the MMC, maybe match it overall but better ? I dont think so.

What I am doing is giving the Hasbro one to one child and the MMC one to the other child, so they both have Skylinx but both have awesome and unique versions of said character

I like the map pieces. they're quite reminiscent of Cybertron's foldout maps.

As for Sky Lynx? That's a big bird!

Looks like I can recombine my CW Sky Lynx and reform Sky Reign.

Ravage, Laserbeak, Buzzsaw, Ratbat, Ramhorn, Steeljaw, Skylynx are the only ones that come to mind.

how did I forget Trypticon?
XD

like at all, so how many g1 transformers in the cartoon could actually claim that

Skylynx is so majestic
it\'s odd though that he never had a humanoid mode
like at all, so how many g1 transformers in the cartoon could actually claim that

Ravage, Laserbeak, Buzzsaw, Ratbat, Ramhorn, Steeljaw, Skylynx are the only ones that come to mind.

Skylynx is so majestic
it\'s odd though that he never had a humanoid mode
like at all, so how many g1 transformers in the cartoon could actually claim that

But, like, what is the map for? Des it reveal the next location of the final trilogy part? Does it tease upcoming developments?

So Earthrise is actually giving us full physical map pieces now? Greeeaaaattt. If it’s the way I’m currently thinking it is that means I’ll need to buy the entire line.

Every figure comes with a map piece but the rest are printed either on the card for the blister packed size classes or on the backing tray for the window box packed size classes.
As sky lynx comes in a closed box with no backing tray they've provided his piece separately and helpfully pre cut it for us too.
I presume Scorponok will come with an even bigger piece but I'd quite like to see him come with a big blank background poster that you lay the collected pieces out on.

Need that skateboard so i can show all those thrashers who the real posers are.

Are we getting more G1 Ooshies?!

Another show, another Devastator mistransformation.

Devastator is not properly put together because it was air-freighted in parts from New York Toyfair (they only had two days to get several big boxes of Hasbro toys to Australia, so there probably wasn't time to pack and prepare the one-off samples for easy unpacking and putting on shelves.
As such, no instructions were sent with it, and since four parts aren't even released yet in Australia, a lot of guessing was needed, based on photos posted here at TFW from the NY Toyfair. It is also likely that since Overload would have been a pre-production sample, it wasn't all there to combine properly with the others.
We were offered the Studio Series Devastator for the fan-meet as well, but I knew how savage fan-trolls would be on every mistake in the photos if it wasn't perfectly combined, so I said no, because the main chest-head area was not properly linked together, due to not knowing how to do it without instructions.

A retailer here has exclusive access to the Japanese Masterpiece toys through Hasbro Australia, but the ones on display are just an indication to other retailers of what this Brand is doing in this country. They were not being advertised as being available to them, or of what is coming. You will also see a lot of licensed non-toy items on display every year as well, but it's there to add to the display, not to say any of it is coming to Australia.

I see theres a slight image of Sky Lynx instructions sheet, does anyone who was there or saw the instructions know if he can carry Micromasters or Titanmasters?

The bird part didn't look to have any spaces to hold anything, while the lynx part has a cavity in the middle, but it gets filled up by the ramps… so it might only be able to hold them in base mode.

So are we expecting anything new for Melbourne, or was it spoiled already?

Everything "new" was on display in the photos. We had nothing that wasn't on display at New York, so if you saw it in the TFW photos of the NY Toyfair, you already saw everything on display at Melbourne.

So Earthrise is actually giving us full physical map pieces now? Greeeaaaattt. If it’s the way I’m currently thinking it is that means I’ll need to buy the entire line.

If you want the entire map, apparently you will need to buy every Earthrise toy, including the re-releases Siege toys.

And I keep the packaging and card backs, so I'm not wanting to cut them up for the map parts either.

But, like, what is the map for? Des it reveal the next location of the final trilogy part? Does it tease upcoming developments?

It's just a bonus gimmick, that wouldn't relate to anything, or be accurate to any existing universe. I think it is just randomly placed existing locations that long time fans would recognize, because those are the people these toys are aimed at. The completed map might look nice as a poster, but most of us will never be able to complete it this way as a jigsaw puzzle.
.

Parallel Lines do not meet?