TFW2005 Network Staff is here to bring you the best coverage around. We are kicking things off with Hasbro Toy Fair 2020 Investor Preview Event. Yes, the one before the actual preview event.

What an exciting year this is going to be for the Transformers brand. With more collector-oriented products and other content on the horizon, this is certainly going to be an interesting year.

You can read more about them and take a look at official pics, after the jump. Don’t forget to tune into our network sites all weekend long, for more amazing content. See you all… tomorrow!

Note: This news post will be updated from time to time.

The event started off with Brian Goldner stating that only a small sample will be revealed today. Hasbro will keep the good stuff for the Toy Fair.

First major news was the announcement of a new Transformers console game.

The game will feature Cyberverse/Evergreen aesthetics and may even be a part of Cyberverse season 3.

The game will release on Nintendo Switch. No info on whether it’ll come to other home consoles.

Developed by Coatsink and published by Outright Games.

Another VR Game was announced as well.

This time by Robocom and published by DMG Entertainment. 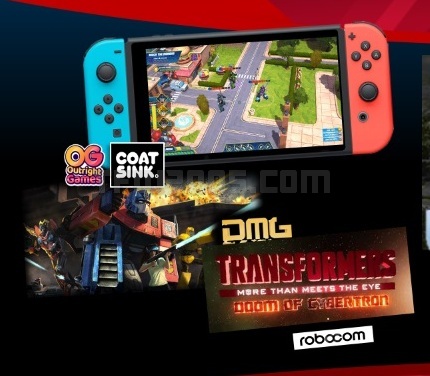 Trailer for the Netflix Transfomers: Was For Cybertron series.

A trailer for the upcoming Netflix Transformers: Was For Cybertron series was shown to the audience privately. We may see it globally tomorrow. 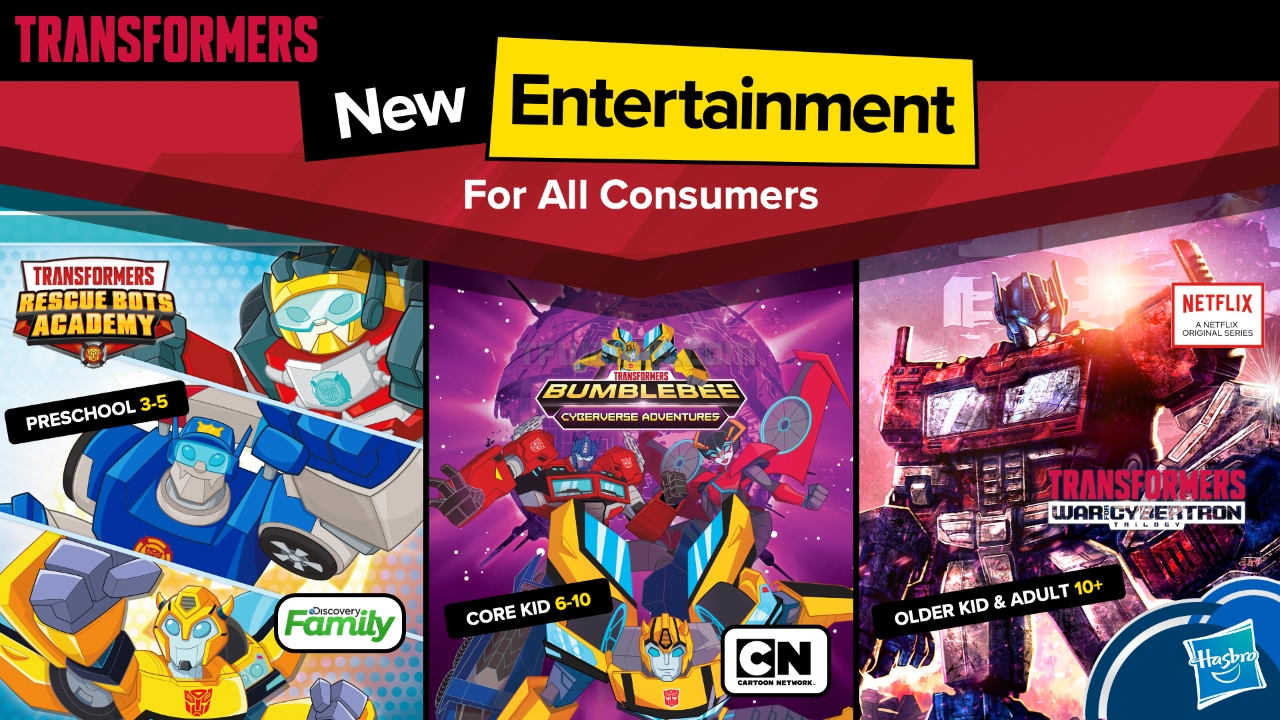 Entertainment including Transformers and G.I. Joe handed over to eOne.

Samantha Lomow stated that eOne will now take charge of the Hasbro entertainment brands. These will include Transformers and G.I. Joe.

G.I. Joe will fall under ‘Re-activate Vault Brands Via Story’.

eOne hopes to create movies and TV shows based on undisclosed Hasbro properties.

What sort of role Allspark Pictures/Animation will play in the future, is up in the air. 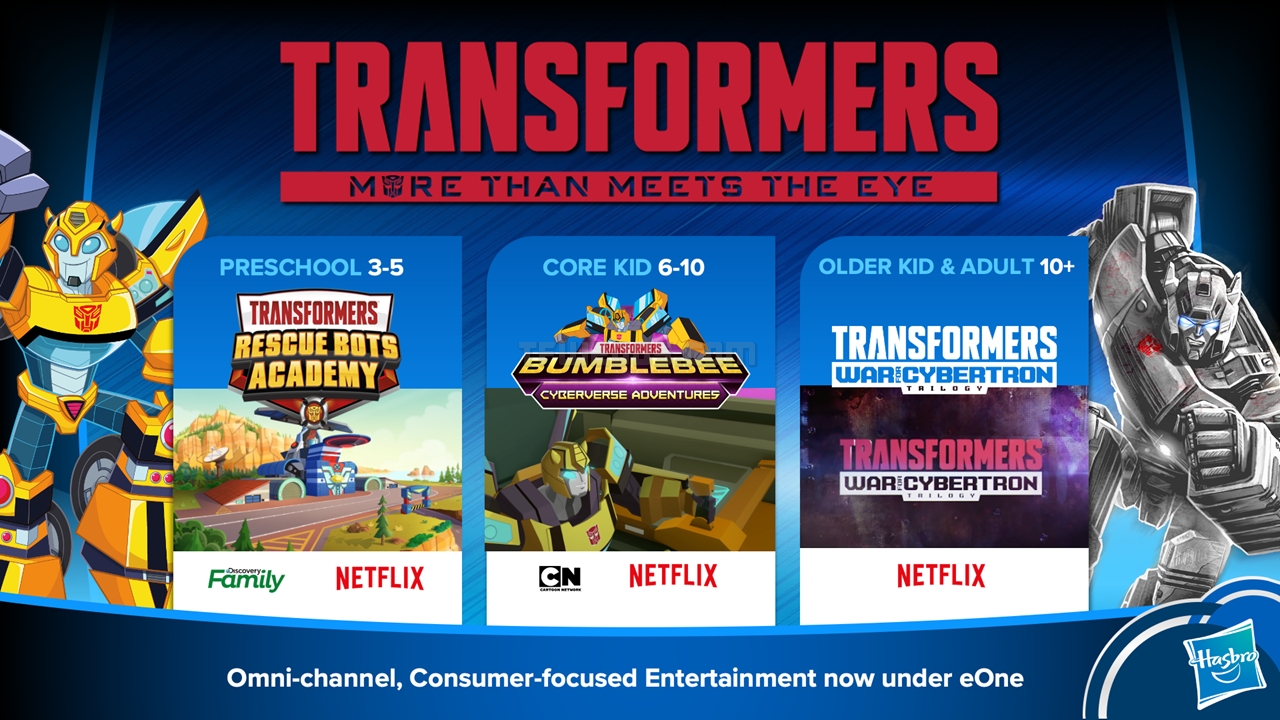 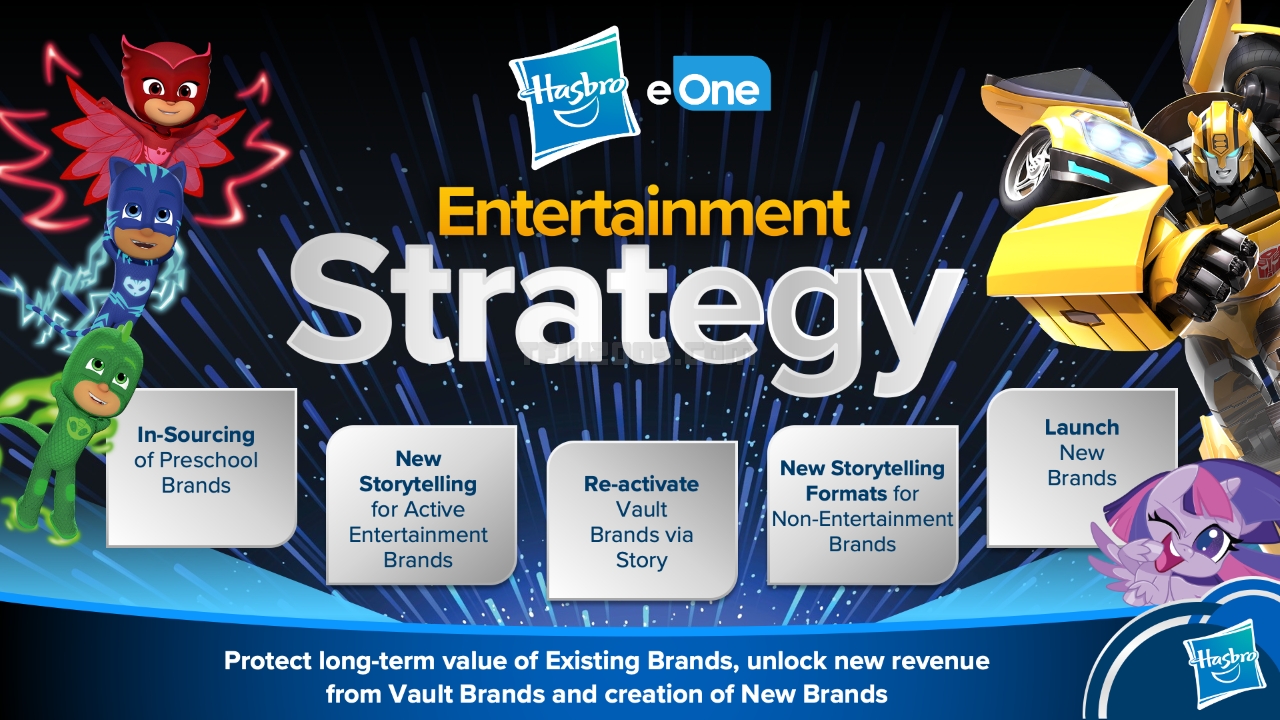 Looks like Doom of Cybertron might be an XCOM-like from what I can see from the UI. I am cool with that. I still wish that there was a possibility of getting the Activision games onto the Switch.

That trailer looked interesting, I’m looking forward to the series.

Really doubt we will see a trailer for the show anytime soon. Trailers for Netflix shows and such don’t usually come out until one or two months away from release.

If it was ready to show to investors last night, I wouldn't rule out it being released online today. Especially as this event was largely to preview what was being shown at Toy Fair.

Where can I get the livestream?

Really doubt we will see a trailer for the show anytime soon. Trailers for Netflix shows and such don’t usually come out until one or two months away from release.

Did they cancel the Micronauts show or movie, though? We haven\'t heard anything about them for a while, especially the series.

I saw somewhere that Micronauts movie has been pushed back to 2021.

Did they cancel the Micronauts show or movie, though? We haven\'t heard anything about them for a while, especially the series.

Nice to know that the Netiflix show didn\'t get cancelled

Dang it. Got my hopes up at \"new console game\". I see it\'s basically a mobile game on Switch aimed at kids.

Why do they hate us when it comes to providing us with quality video games? We\'re served in every other facet of Transformers entertainment but we\'re not good enough for a AAA mature video game?

I wouldn't disregard it just yet. A video game doesn't need to be some kind of mature photorealitsic thing aimed at adult fans to be good. Heck, we already got that with the WFC games. This could be something along the lines of a Lego Star Wars game or a Mario game. Maybe it has a lot of clever puzzles or is more adventure based or something. It could be fun.

(Plus, there seem to be two games. One for the Switch, the other seems to be more adult-oriented, at least judging by the font.)

So does this mean the people who come up with new ideas for Transformers characters and tell the stories work at eOne? Or they just produce the media?

Is it just me or does slide 156, which notes the royalties from streaming shows Hasbro will be receiving in 2020 and 2021, also confirm (or at least suggest) another season of War for Cybertron on Netflix?

i believe we heard yesterday Season 2 based on Earthrise is coming this fall.

Sees that it's basically a mobile game:

Well, at least that new Gundam game is releasing soon.

Good to see the WFC show wasn\'t canned, I\'ll have to check out that switch game.

…so remind me again why we can’t get anything after season one of rescue bots on netflix?..

I know it ain't Transformers but I just want to say is that I'm amazed how much of a beast MtG is. I got out of the game about a decade ago, and the game has been almost as long as I've been alive. I thought interest would've faded long ago but damn it's still going strong.

Oh neat I thought that the Netflix show was canned.

Was the Netflix trailer screened for anyone other than investors?

really hope they got vince for the ost