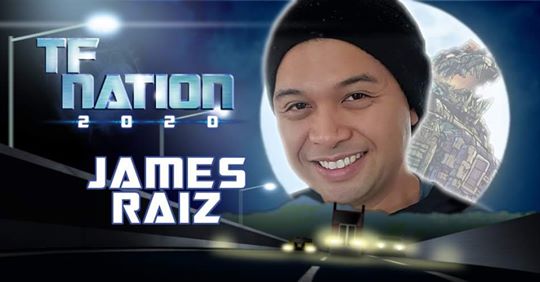 He was part of the original pitches to Hasbro to obtain the license, and when Dreamwave succeeded, he was the main artist on comics such as Transformers: Armada and Energon. He is known for his extremely detailed work and darker shades of inking, and was brought back to the comics once IDW had the license, providing cover art for the previous narrative continuity and eventually working on interiors for one issue of Maximum Dinobots and one of More Than Meets the Eye, kicking off the Dark Cybertron story arc.

Scheduled for August 14-16, 2020, the convention happens at the Hilton Birmingham Metropole and updated information about Ticket Release Day on February 15th, 2020 is available here.

If you've been watching our watchalong series on #Twitch for the first 3 episodes of #Transformers G1 and wondered why the name "Arrival From Cybertron" is often thrown around in the UK then this may explain it http://ow.ly/4Rw450zUuPI 80s VHS tapes FTW

Don't forget that we are going live at 6:15pm BST over on Twitch and our website with more news on the Big Broadcast 2020. Come along, join the chat, and say hi. Who knows- we might have another surprise up our sleeve! You can find our Twitch channel here: https://linktr.ee/TFNationltd

I’m so excited to be able to participate in @tfnationltd this year, even in this small way.

If you missed out on our livestream last night, you may have missed not one, but two further guests were announced for our event in August.

We are pleased to announce that both Paul Eiding and Townsend Coleman will be joining Peter Spellos for the biggest online Transformers event ever.

Fans will know Paul from his time as Autobots chief scientist Perceptor in the G1 cartoon, and Townsend as the egotistical Sentinel Prime from Transformers Animated.

We hope that our first set of guest announcements has given you a flavour of what you can expect.

Stay tuned to TFNATION for more announcements coming every Friday.

Today we are thrilled to announce our first guest who will be joining us during The Big Broadcast of 2020! Peter Spellos is best known to Transformers fans as the singing shark himself SkyByte from the 2001 series, Robots in Disguise.
@pspellos

this is your 5-minute notice before we go live for a TFN flashback. Come along and join us.

As if we were going to let a global pandemic stop us!

Firstly, thank you all so much for your patience and support over these unique times. Last Sunday, we were pleased to announce that on the 15th August we will be streaming TFN's Big Broadcast of 2020. We can now reveal the stream will be hosted on Twitch.

You don't need a Twitch account to watch our content, however we recommend you sign up and follow @TFNation_official to receive exclusive notifications when our streams go live. Creating an account will also mean you will be able to join in with the chat, to help bring a little bit of the TFN community to your own device!

This coming Friday 22nd May, at 18:15 UK time we will be hosting our first live Q&A. Why not join us for our first live Twitch stream – it'll be a great chance to find your way around before TFN's Big Broadcast of 2020.

Of course, if you have any questions you'd like us to answer, you could always ask them right here!

We can't wait to hear from you all!

Hi all. Understandably we’ve had lots of questions about refunds/rollovers tonight. Thought I’d collate a few things here as I appreciate not everybody will read every thread. >

Techbot tip. If you can't find your booking in your order history it probably means that you have two accounts with us. Email us at support@tfnation.com and we can merge them for you.

Really been hitting home how much of a downer the cancellation has been. I was looking forward to it more than I realised because I've never been to a convention before, I've never got to even be around and interact with other TF fans since I was a kid (obviously excluding online with the fine people of TFW), and well, Peter Cullen.

I've rolled my leader ticket over for next year, hopefully the world will have gotten over this pandemic by then, and hopefully TFNation is able to come back better and stronger. Was hoping there would be an option to keep the order for the Ed Pirrie Optimus artwork which is a shame as I thought that looked nice. Only options for the art are refund or store vouchers. Given the art was already done and just had to be printed I'd have still gone in for that even without a Peter Cullen signature.

#TFN2020 Ticket Refund/Rollover Guidance Following the decision not to proceed with TFN2020 in response to the ongoing Covid-19 pandemic, we've drafted a post to explain our refund/rollover process. Please take a moment to read this guidance carefully.

Update on the refund/rollover situation for TFN. Long and short, ***IF*** you're in a position to afford it and plan to attend next year, it really helps the team if you DON'T activate a refund right now. It allows cash flow to keep things pointed bravely at next year's event.

Hope the planned panel with Andy Couzens is part of the planned content. Intrigued to find out the story behind why Transformers never stopped in Europe and what brought about the exclusive toys from that era

Finally, a TFN I can attend in my comfort zone: unwashed and undressed. Can't wait for this, and to hear how we can support this virtual show. Well done, @tfnationltd for making lemonade out of lemon hand sanitizer.

Will this be like tfcon recently where the organisers get to do all the toy reveals etc themselves and stream it out?

I applaud them as I know you will, and I look forward to when they come and ask me for something again. Because I know it will excite me, and motivate me, and that ultimately, you all will love it. Take care.

One day, I need to write a book about the backstage highs and lows of being a convention organiser. I can’t promise it’ll be interesting, but I can promise a few laughs for not just one, but *both* of the people who read it.

My condolences to European fans.

“…….it is important for us to explain this decision has been taken WITHOUT sadness or regret.”

your condolences are more heartfelt than their statement….

sad news, but this is 100% correct decision. Huge thanks to TFN crews for all hard work. Stay safe and healthy!

We just wanted to take this opportunity again to thank TFNationals for their continued support throughout this difficult period, and for the outpourings of love we've received from the community since our announcement yesterday!

You bought oil to Genericon's optics! #TFN2020 lives on in all of you

I think we all saw this coming. It's sad, of course, but absolutely the right call. Much love to everyone

I’ve decided it’s bedtime, so I’ll probably not tweet too much until tomorrow. But here’s a thread of my initial thoughts following this big day for #tfnation 2020 Firstly a huge thank you to everybody for being so supportive of our decision. We imagined people would be nice, but the response has been wonderful. I actually had some pretty meh personal news today, so reading lots of nice comments was helpful. Another big thank you has to go to the crew. Since January (ish?) I’ve given them the utterly unreasonable task of planning about three different outcomes for this con, but they jumped on it in ways I’ve never seen paid teams work, let alone volunteers. Incredible effort. It turns out unplanning a con is a lot of work. Whilst there were lots of legal things to sort, the decision to close doors in order to keep our attendees safe was the easiest decision ever. Super grateful to our venue & guests for being so understanding. We’ve had several questions about the financial & insurance implications. Those are for another day, but I’ll be totally upfront with you – the ramifications are pretty big. In short, financial losses will be significant. To make things worse, event insurers are pretty unanimously refusing to extend cover in covid-19 cancellation scenarios like this. It’s bad, but that’s the situation. And it’s not like we can furlough ourselves to save money because we’re unpaid anyway. We have enough in the way of personal guarantees to keep your con safe, so don’t worry. We’re not talking “end of the line” bad. But… don’t be surprised if we ask you to please consider buying some SOS merch or giving some other assistance. We’ll need it. This will be explained more but, if the difference between a refund & rollover isn’t huge to you… then rolling over your ticket to 2021 will be a big help. We’ll still have significant losses even if everyone does this. But it will help us to get things stable. And you know they’ll be great shirts anyway, so there

I’ve seen much larger events than ours refusing to offer refunds. We would never do that. We’ll actually be part-funding some to make sure nobody misses out. But it gives you an idea of how hard the event industry has been hit. We will get through these dark times, because we’re fans and we are committed to hosting the best cons we can, year after year, for people we see as family. Your support would be hugely appreciated. Guess that wasn’t a mini thread after-all lol. Thanks everyone. X Actually. I’ve typed so much I may as well throw in a few extras; 1. We appreciate our traders and forge artists will also be hit. We’re setting up a page to highlight them, so you can support their work. More on that soon. 2. We’re also wanting to give something back to the people who are helping the public so much right now. Again more soon. 3. Also. Keep watching your emails over the coming weeks… JUST SAYING

You can always attend Pete's Robocon in July. It hasn't been canceled.

Where do you think Europe is? It's the first line in the post.