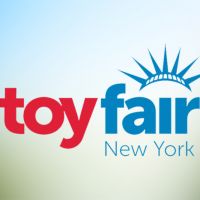 2020 is here, and a new year is significantly important to toy collectors since the Toy Fair Season is just around the corner.

We have received several official press releases announcing various lists of exhibitors and license-holders; who will attend many toy fairs this year. Our eye is naturally on Hasbro, who will kick-start the year with Toy Fair UK and follow it up with Germany’s Nuremberg Toy Fair and the New York Toy Fair 2020.

You can learn more about each show and what they have to offer to the Transformers Franchise, after the jump.

This is 2020’s first major toy fair. The fair is known for several exclusive debuts of Hasbro toys. From Transformers front, the most notable was 2018’s reveal of MPM-06 Ironhide and MPM-05 Barricade. Unfortunately, as of the time of this post, Hasbro has not confirmed to attend this year.

Confirmed to showcase Hasbro licensed Transformers figures, but is currently keeping things under wraps. It is likely that we will get to see more figures from the Bumblebee Movie Figure Line.

Being the European equivalent of New York Toy Fair, Toy Fair UK will host Hasbro as one of the biggest exhibitors on the show floor. However, Hasbro UK will keep most of their contents under wraps to avoid spoilers on behalf of its big brother’s debut. Toy Fair UK will act as a platform to forge new licensing deals for the European region. Over the years, we have seen various leaks including Bumblebee’s robot mode (2018) and the helicopter vehicle mode of Age Of Extinction Drift (2014).

Content kept under wraps. Following previous examples, may showcase the toys to the press, few days ahead of the fair.

This retail company is a huge supporter of Hasbro brands and is set to showcase what Hasbro has to offer.

MV Sports is a manufacturer of Hasbro licensed Transformers outdoor equipment. Items such as bikes, trikes, scooters, skates, helmets and safety equipment are listed on their portfolio. In 2019, they showcased products based on Transformers: Bumblebee movie.

*Note: Several exhibitors are yet to confirm to us whether they will be showcasing licensed Transformers merchandise. This news post will periodically update with their confirmations.

Initially oblivious to Transformers fans, this German toy fair became infamous with a half-leaked Titan Devastator (‘The German Bald Guy incident’). Since then, the security has been upgraded significantly. Some of the major license-holders from previous years will no longer carry the Transformers brand due to cancellations and expiration. Spielwarenmesse is a specialized trade fair. For this reason, admission tickets can only be purchased if you are a trade professional.

Transformers apparel and accessory manufacturer. The company caters to both kids and adults.  Their latest line up (featuring Transformers Evergreen characters) will be featured at the entrance of Nuremberg Toy Fair

Most prestigious toy fair of them all. TFW2005 network will represent the fans to bring you the best coverage from the show floor. We are yet to receive the official press release from Hasbro. Stay tuned with TFW2005 for more info.

The week of #HasbroToyFair is here! Starting 2/21, follow us here for a behind the scenes look from the showroom floor! #TFNY

What did he cover this time?

No, in all seriousness – you can read my report from Dortmund here and here.

Surprisingly decent bloke, though he apparently works in distribution now instead of marketing.

What did he cover this time?

So what time will the panel be before everything is on display?

There's only one thing I hope to see:

The return of Bald German Guy!

Surprisingly decent bloke, though he apparently works in distribution now instead of marketing.

NYTF is the day before my birthday.
I'd be super excited if they showed an Earthrise Sunstreaker.

Do we know which day Hasbros media event will be on yet?

There's only one thing I hope to see:

The return of Bald German Guy!

Good times, we need more of that sort of thing and less disintegrating MP Hounds, Takara v. 3p v. KO arguments, scale discussions etc., and whatever other thing is causing angst rather than fun in this hobby right now.

*Turns out it's Cliffjumper* lol

Yep, just him with some weird light.

*Turns out it's Cliffjumper* lol

Just been round Toyfair UK, Hasbro have a suite for serious biz stuff but no display of toys that I could see anywhere.

so there toy fair reflects the typical stock levels at most supermarkets and toy stores. how apt.