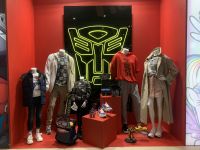 Brand Licensing Europe Expo 2019 is currently underway and Hasbro is a prominent figure at the event, as always.

Speaking to the gathered press, Hasbro Vice President Claire Gilchrist stated that the Bumblebee Movie “resonated with and catered to a younger audience”.

“My Little Pony and Transformers were our ‘big two’ for a long time, and they’re still at the core of Hasbro. But even with these properties we’ve delved into what fans really love about them.”

“[W]ith Transformers, last year’s Bumblebee movie hit its goal of reimagining what Transformers could be on the big screen. The film was a box office and critical success – outpacing many industry commentators. More measured, darker and a less bombastic approach to fast cars and robot battling action seemed to be aiming its sights on older, longtime fans.”

With regards to their recent acquisition of e-One, Hasbro stated  that  the company has been working on for some time to move from being a traditional toy company to a more nebulous ‘play and entertainment company‘. “The potential that the pending eOne acquisition brings to that goal is tremendous, and is a testament to our conviction to grow our vision. Just walk around the stand and see what we have on show. I’m confident you’ll agree”.

With special thanks to 2005 Boards Member Hawksford; who is reporting from the event floor, we have some cool images from the expo. You can check them out, after the jump.

Hopefully, we will hear more info regarding newly forged licensing agreements as the expo continues on Day 2 and 3. 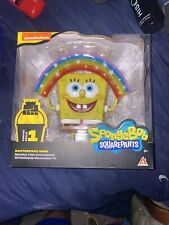 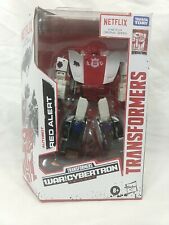 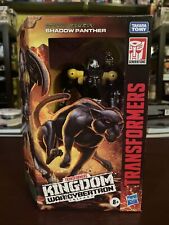 I think these are a couple year too late.  If they brought these out at the height of the movie franchise crazy, these would\'ve sold extremely well.  Now they are more niche.

If you showed up to any school with Transformers shoes you\'d be bullied relentlessly. Their not even cool enough to warrent suffering thorugh that. I like that white shirt  with OP on it though.

That giant autobot logo made out of those LED's lights… is there a price tag on that?…

I want "more than meets the eye" underwear
Though, I'd guess that would be false advertising,

I hope they can do underwear line as well,
For my megatron and its 2 seekers

That trench coat is kinda shit but it does make me think of other potential and better transformers trench coats.

Wouldn’t it be dope if you had one styled like Scourge or Ramjet? Humanised kibble. That’d be fuckin’ sweet. I’d rock that out to anywhere.

I think that’d just be a great fashion line itself. Clothing inspired by Transformers. Maybe some seeker chest vests? There’s a lot in that concept.

I was surprised they were using the IDW comics, which have no pop culture relevance to the brand and only matter to the remaining most hard core fans, to represent Joe in the display. Unlike Transformers, the relevance of the Real American Hero brand of Joe strictly resides in the 80’s presentation — not Joe vs Cobra/new sculpt era and certainly not IDW. The fact that Hasbro isn’t aware of that probably represents why they don’t know how to reignite the brand.

Thank you, my good sir. You can post it here. I'll update it at our sister site HISSTANK with full credits to you.

As always, all the stuff I'm interested in (wallet, shoes) seem to be Autobot-only. Been that way since I was a little kid, wanting more Decepticon stuff, but only ever finding 'bots….

I want that white More Than Meets The Eye sweatshirt.

That woman mannequin’s outfit is pretty cool. I love overcoat/trench coats like that, and the tee shirt looks artsy and nice from what I can tell

I'll stick with the toys.
For clothing, there is much better fan art that can be thrown on clothing on sites like red bubble or better. Got me a shirt with Beast Wars Injector on it. Probably something that would never get officially made.

If that Optimus Prime figure comes with the shoes, they will become instabuys for me!