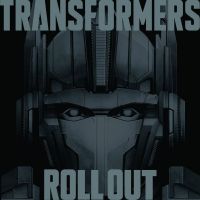 Ready to roll and sing along? The official Transformers YouTube account has uploaded a new Official ‘Gigantik’ Sing Along Video for all fans.

The video features several clips from the classic G1 cartoon to go with the song ‘Gigantik’ by Crash Kings from the Transformers Roll Out album released while back in 2016. Not much left to say, watch the video below and have a good time singing in style.

Share your impressions on the 2005 Boards where you will also find the “Roll Out’ Sing Along Video By Mount Holly from the same album that was uploaded before.

Yeah, I saw that video days before this article came up, interesting, really, this is the first time that Hasbro would put out a video with the soundtrack, heck, Earth Wars has music from the original series!

I would say, since its actually coming from the source, the audio quality is miles better than I've ever heard.

Didn't someone make a digitally remastered collection of original G1 songs (both seasons) , which were great quality, though?

This is just some part of the G1 soundtrack, overlaid over random clips from the G1 cartoon, right? Its basically the same as the myriad of other such fan-made videos, already clogging-up YouTube?

Why did they bother?

I would say, since its actually coming from the source, the audio quality is miles better than I've ever heard.

THE G1 BACKGROUND MUSIC IS AVAILABLE ONLINE FOR FREE

It's usually my designing soundtrack. Generic Rock – Disco Theme is the best jam. So groovy. Love them horns @ 2:09.

Wouldn't it make more sense to queue up episode clips where the actual tracks were originally used, in order to set a mood?

This is just some part of the G1 soundtrack, overlaid over random clips from the G1 cartoon, right? Its basically the same as the myriad of other such fan-made videos, already clogging-up YouTube?

Why did they bother?

Well, the music's one thing but my take aways are Starscream teleporting and MP44 being horribly inaccurate to the animation:
View attachment 28504247

It is sad that the upscaled footage used in this amv has Skywarp teleporting in Starscream's color scheme. Even the voice overs show this is incorrect.
When they if/should/will remaster this release to Blu-ray, it should be fixed in all episodes. I think Kid Rhino or Shout Factory did this back on a corrected release, but still the upscaled version did catch the correction.

Though I do like the video(s). Nice edits and vector animation transitions.

That's cool of Hasbro to release that.

So much nostalgia! My family is very musical so the background soundtrack to the G1 cartoon is something that resonated with me even as a little kid, ESPECIALLY these right here. Great memories.

…it's funny how much of that background music i never paid any specific attention while watching the original series, but upon hearing in isolation i recognise and anticipate each individual phrase, note, and nuance of intonation by heart…

1 track down in digital format

I guess they don't want money or care about preserving the music for posterity.

Wow that sounds great, I forgot they released vinyl….If they ever release to digital or cd, I’m all over this!

I’ve found that psychedelics really help with these things …

How I wish that Hasbro/ Sunbow etc. would release a COMPLETE & COMPREHENSIVE COLLECTION of the whole & entire Transformers Generation One Soundtrack/ Score from all four original seasons (1,2,3,& Rebirth)!!! I want EVERY song, every track, fully cleaned of background noise & sound effects.

Such a collection should include every Title Sequence score & end credits music, as well as the commercial breaks, all of it. If possible, have the original arrangements played by a full orchestra & freshly professionally recorded.