We can share for you our first in hand images of the next installment in the War For Cybertron: Siege Leader class size: Astrotrain.

This figure proves to be very detailed in locomotive mode which really looks like the old G1 steam locomotive. It also has a rear car that can be taken apart.

The Space Shuttle mode is nice in the front with some battle damage applications. This mode does not look as integrated and solid as the locomotive mode, but we understand some sacrifices have to be made in triple-changer toys. The rear car can be used as a launch base here.

Finally, the robot mode is where Astrotrain really shines. A very detailed and G1 inspired design with a good posability. The rear car can be integrated as a backpack (not like an armor like other Siege Leader class toys), and 2 pieces of it can be placed in Astrotrain’s feet to make him a bit taller. The weapons can be combined in a kick-ass rifle.

For those fans worried about scale, we also have some nice comparison shots next to Deluxe Impactor, Leader Galaxy Upgrade Optimus Prime and Commander Jetfire.

Check out all the images, as well as a video review, after the jump. Was this new Astrotrain what you were expecting? Let us know your impressions on the ongoing discussion on the 2005 Boards! 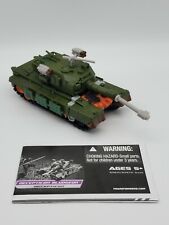 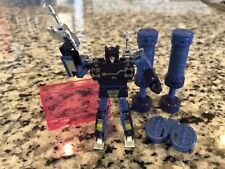 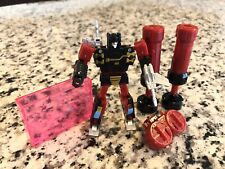 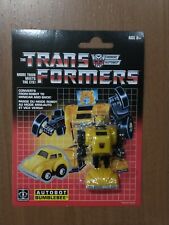 thankfully my choo-choo was perfect condition, Hope you get your new one sooner than later

We need a dark theme here.

well of course astrotrain needs a tender. he's too shy to talk to women in person!

You're thinking of wingman. That's what every Aerialbot has.

Looks like Pulse has started shipping out Crosshairs and Spinister orders. Got my notifications this morning. I expect Apeface should be shipping soon for people as well, if not already.

Love the look of this lad, just wish he was a head taller than the average Voyager, still doesn\'t detract much from him though, I\'m just glad Hasbro is giving us a decent Astrotrain so soon.

If possible, would someone please post some pictures of Gravity Builder's main gun/platform in various configurations with Astrotrain's battle platform? Thanks for your time.

well of course astrotrain needs a tender. he's too shy to talk to women in person!

Always annoyed me that Astrotrain didn't have one

So in your opinion can you elaborate as to why it is Transportation Captain wins …….because I am not really seeing that. I was wondering if I was perhaps missing something …….I mean I truly believe after this comparison pick that beauty is in the eye of the beholder but after reading the comments it's either that, or objectivity doesn't exist and loyalty reigns supreme ……..what are you thoughts on this?

In my defense, I had a brain fart moment. So I just called it that.

Sorry wasn't trying to pick on you. Just happened to be a handy example.

Maybe they see that it's the back car of Astrotrain's train (of just 2 pieces) and just say the first thing that comes to mind?

Also, I just want to interject and say that when I read the thread title really fast/at a glance I keep reading "Siege Astroface, Apetrain" etc and imagining a train full of gorillas.

In my defense, I had a brain fart moment. So I just called it that.

Minus the clunky looking back section of the shuttle mode. I’m super loving this. That train and robot mode is ace in my book.

Great looking figure, but why so small?

Way too small, dude should've been a commander, what's the point in making a new size class and then only only using it for one guy?

I've found the "Ignore" feature to be incredibly useful these days.

(Just the base figure, no train caboose/weapon box).

I mean, you can laugh all you want, but he's right.

Sure CW had…questionable choices, no ones arguing that, but even 3rd partys can't pull off combiners like the CW combiners.

Scramble city, check
An easy to use combination system that doesn't require the strength of a fucking gorilla to slot in or out, check
Poseable enough that the majority (barring Menasor and his mold mates) can stand on one leg and pull of some pretty cool poses without assistance, check.
A hand/foot system that doesn't require disassembly of said piece, or that piece to be left off to the side, check.

Sure, there is some looseness, especially over time, but CW did what many 3rd party's, and even the Hasbro of yesteryear, could only dream of doing. A unified, solid line, that had enough playability to not only keep kids happy, but to keep us fans wanting more.

Then they answered, in POTP, With Abominus and Predaking.