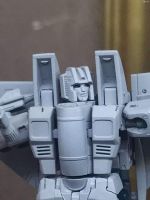 It has been a busy week with 3P reveals, and Newage Toys has revealed the gray prototype of their new project for the Legends scale market: H-13 Lucifer (Legends Scale G1 Starscream) Gray Prototype.

This is sure an amazing mold for such a small size as the Legends scale. Fairly G1 accurate, with a nice amount of articulation, firing laser effects, and with some extra bonus like a G1 Megatron gun and his coronation crown and cape. A very nice Starscream figure for sure!

We still have no concrete information on release date or price, but you can check out the mirrored images on this news news post after the jump! You can now share your impressions on this new mold on the ongoing discussion on the 2005 Boards!

you need to step it up pronto!!!

I know man
My haul is STILL on it’s way

you need to step it up pronto!!!

Love my one of these – was always my favourite seeker as a lad!
Nice pics fella.

Love my one of these – was always my favourite seeker as a lad!
Nice pics fella.

I bought it online. I think its similar to floor polish but better. Ive used this stuff on MMC's Inventa's neck, marvel legend figures and some official takara MP figures like the new bumblebee. Look it up on youtube for reviews. "Kiki's fix loose joints". I highly recommend it.

Its 11. So if you got every single one of their seekers currently released (except Ghost Lucifer, which came with a coronation set instead of a spacebridge piece), you would have a complete bridge.

Well I guess I'm ordering all of them then. Lol…

How many pieces do you need to make a complete spacebridge?

Its 11. So if you got every single one of their seekers currently released (except Ghost Lucifer, which came with a coronation set instead of a spacebridge piece), you would have a complete bridge.

How many pieces do you need to make a complete spacebridge?

Did anyone get the 3d printed wing extenders for these guys? I'm curious how close the colors match.

Thought I'd xpost a few of these. I don't have enough MS blocks to black out everything, but whatever. 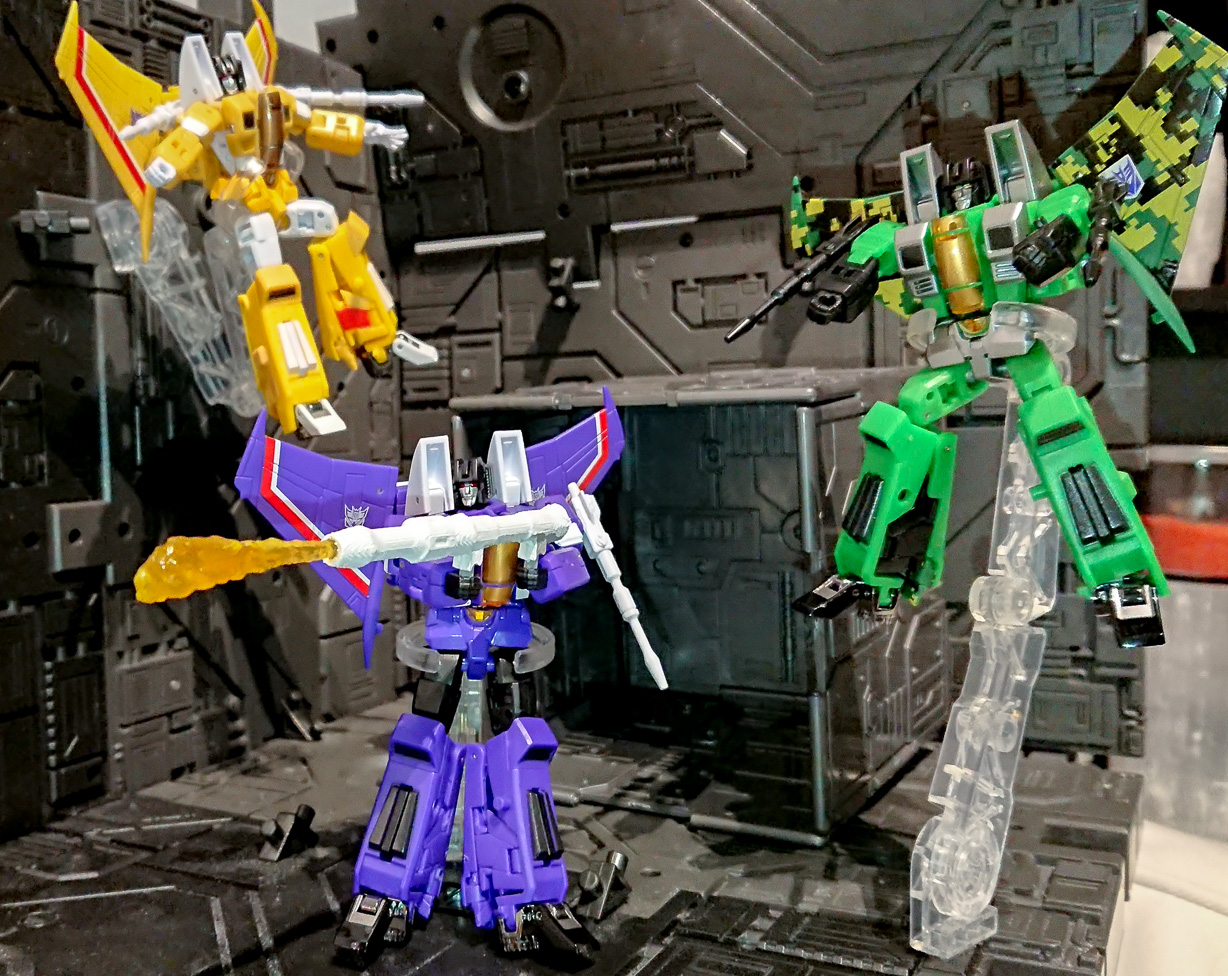 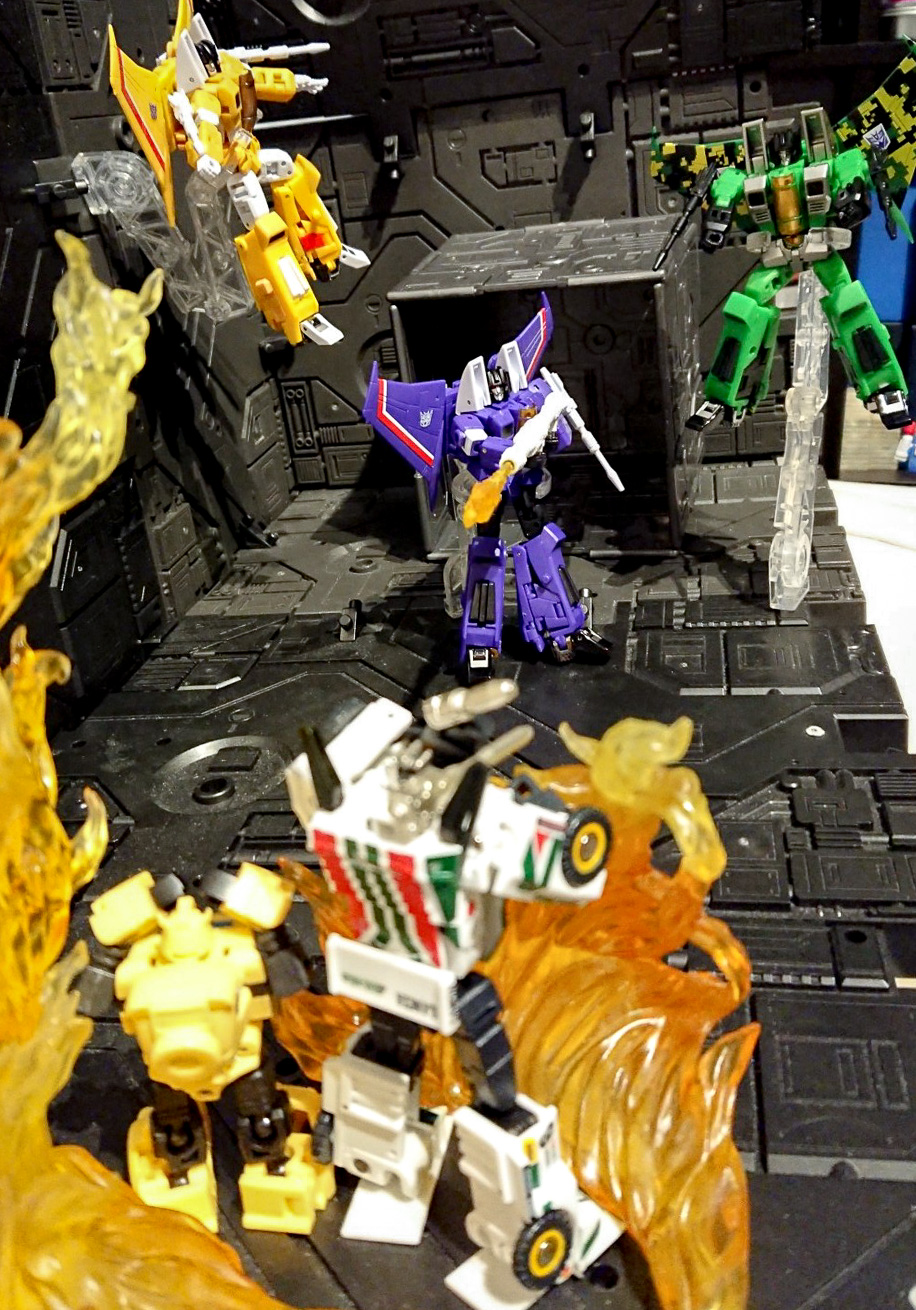 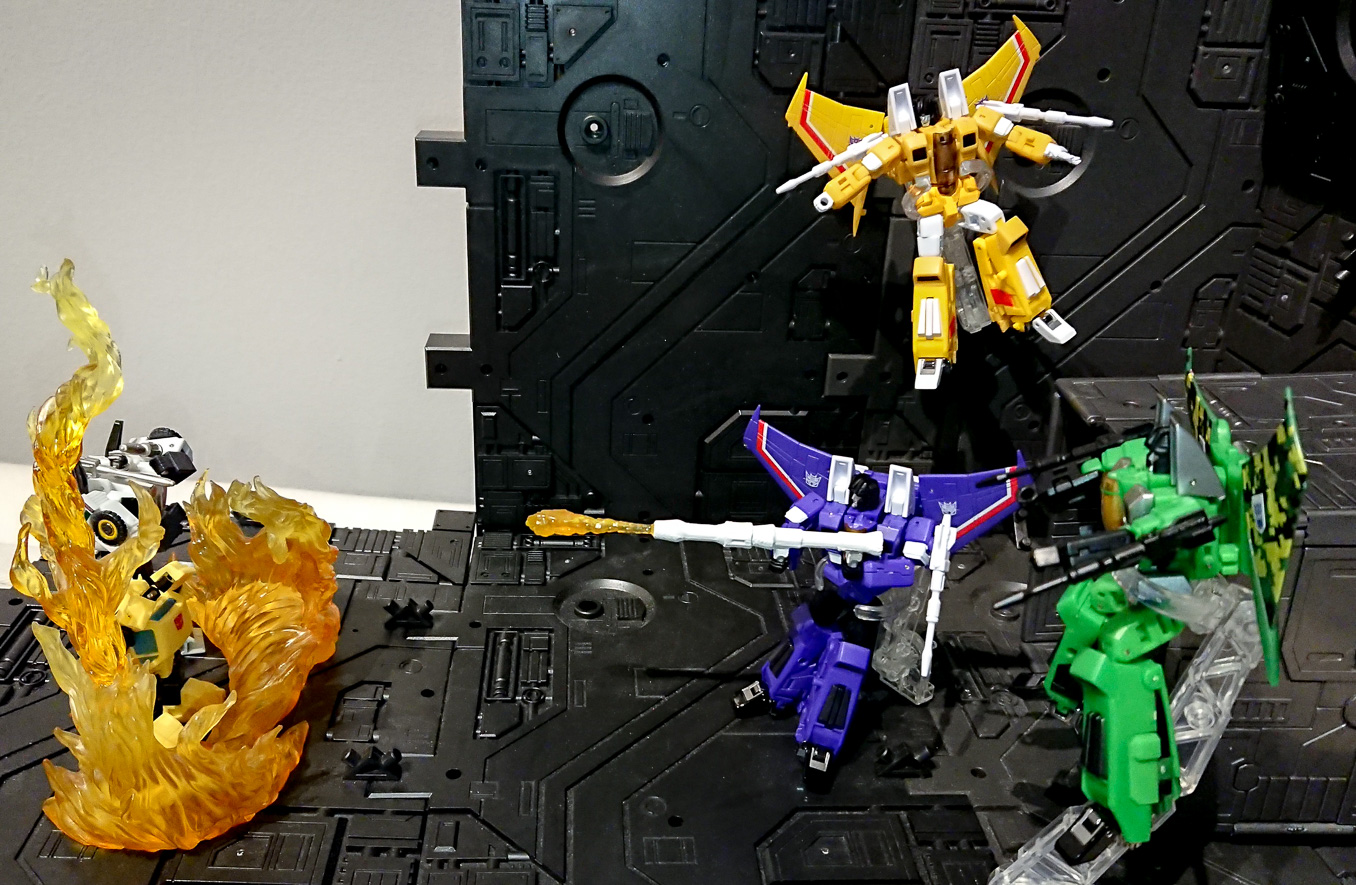 man, that's a lot of seekers! wish i could justify the $$$ to pick up hodur, as that looks so sweet. but i can't get myself to spend that kind of budget for one figure given how much i paid for the originals in the discounted 3 pack set.

what did you do with the seeker legs for more stability? i really wish they had the extra foot heel like the coneheads do.

Oh, yeah, I got the trick from someone on the boards- you just don't turn the piece holding the tail fins around like you normally would for the transformation. Instead just fold tail wings in place behind the legs. Yes, it leaves an unsightly gap in the lower legs, but provides better surface area to stand. Its definitely necessary to do this for the coronation set, because that stuff is just way too heavy for the figure without doing the mistransformation trick.

But yeah, I wish they had that foot heel too. Its not like they couldn't stand without it or the mistranformation trick, but they definitely could have used more support.