This pack will be available at Comic-Con for $34.99 and it will present the new CON CREW with 3 specialty teams (we are sure you will have some fun with the names):

All of them ready to roll at Comic-Con! Some of the even in cosplay. The #Botbotschallenge is coming in hot at Comic-Con!

Additionally, we have new official images of the new Botbots Arcade Renegades Surprise 16-pack which will soon be available via Amazon.com.

Read the full official description after the jump and check out all the mirrored images of these fun and small Transformers!

Imagine if BOTBOTS took over the halls of Comic-Con! BOTBOTS are mischievous, funny and super silly little TRANSFORMERS robots who came to life after a glowing mist of Energon fell down from the sky and turned everyday objects at Comic-Con to life! This fun convention pack includes ten exciting Comic-Con themed figures known as the CON CREW, a team of Comic-Con experts who are ready to take on the Con!

Within the CON CREW are 3 specialty teams: the celebrity-obsessed MEET N’ GREETS, experts in photo ops and autographs, the energizing FANTASTIC FUELERS, experts in powering through the Con, and the LINE LEAGUE, experts in surviving the many long Comic-Con lines. 3 of the 10 included TRANSFORMERS BOTBOTS figures are also all dressed up in cool cosplay! Ordinary objects like a marker, a to-go coffee cup and a hand-held game become a kaiju, OPTIMUS PRIME, and a super hero! What sort of mischief will these little bots get into at Comic-Con?

The Line League characters are CAPTAIN CARTRIDGE the superhero handheld game, VIGITENTE the tent and CON-PACKTOR the backpack. Fantastic Fuelers include COFEEMUS PRIME the coffee cup dressed as Optimus Prime, CAB O’NATE the energy drink, HAL A. PENO the spicy chips, and SUMTHIN’ FISHY the fish taco. The Meet N’ Greets characters are SCRIBZILLA the marker, BOTARAZZI the camera, and INKY INKERSON the graphic novel.

Transformers wise definitely. I was expecting some other siege figures to be exclusives. Well I can save a few bucks. 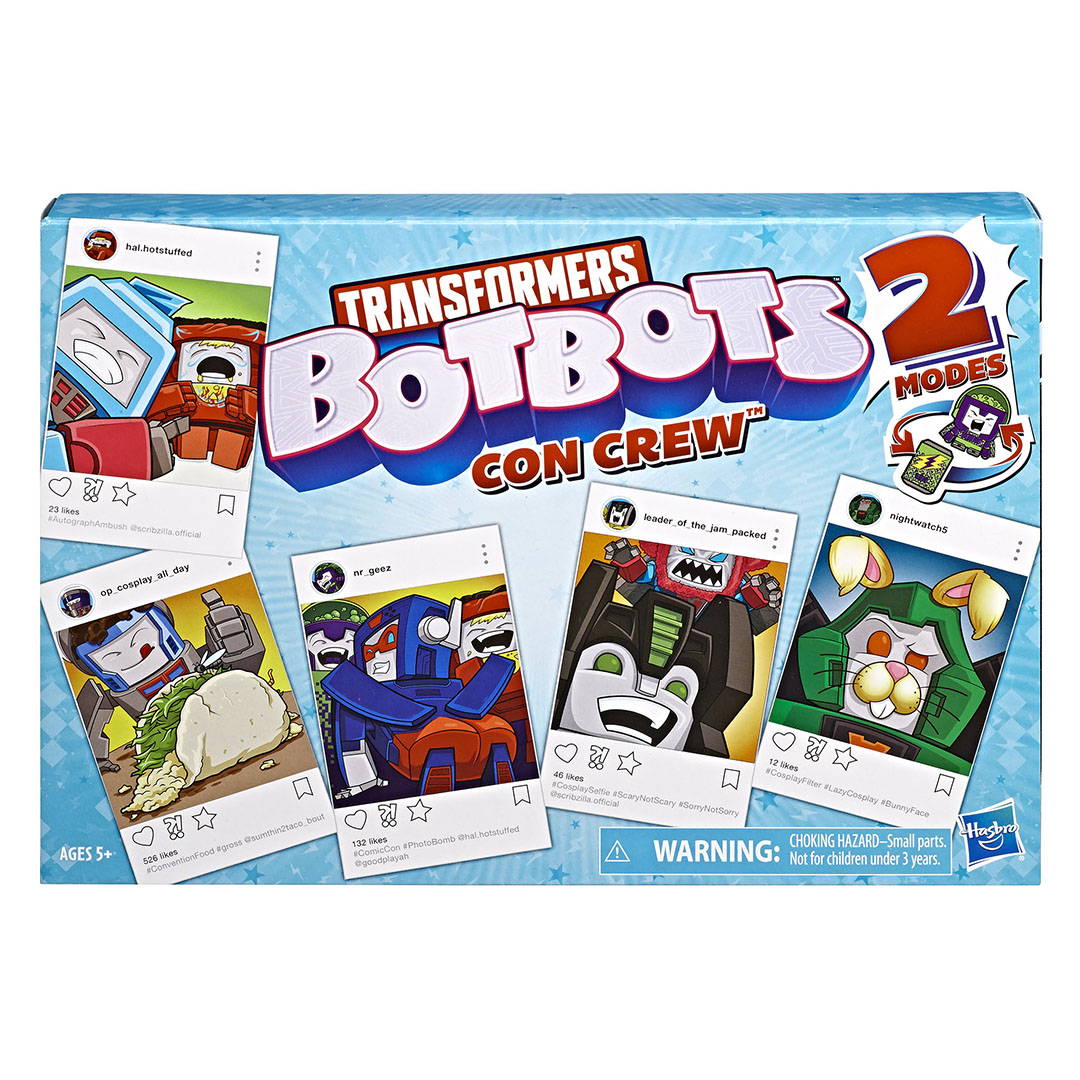 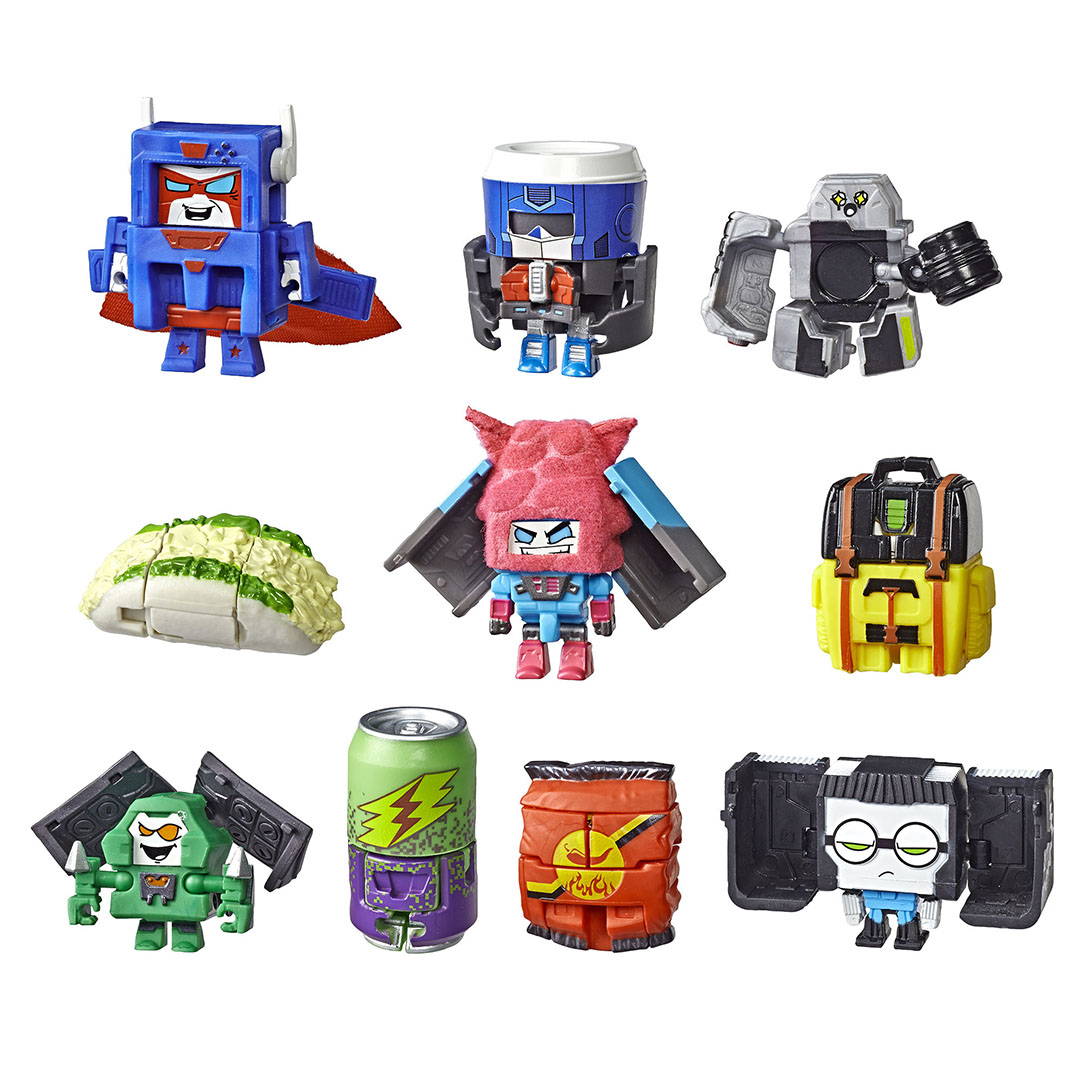 #someone sell me a set

Anyone going to SDCC I could reach out to?

Not going to lie, Con-Packtor's description is funny, but in a more "oh my god, why are more people joining the middle of the line and not the end?!" kind of way.

Hopefully these will be available on Pulse after the convention.

And hopefully the site won\'t crash, so us international folks using a freight forwarder will be forced to go through a scalper. 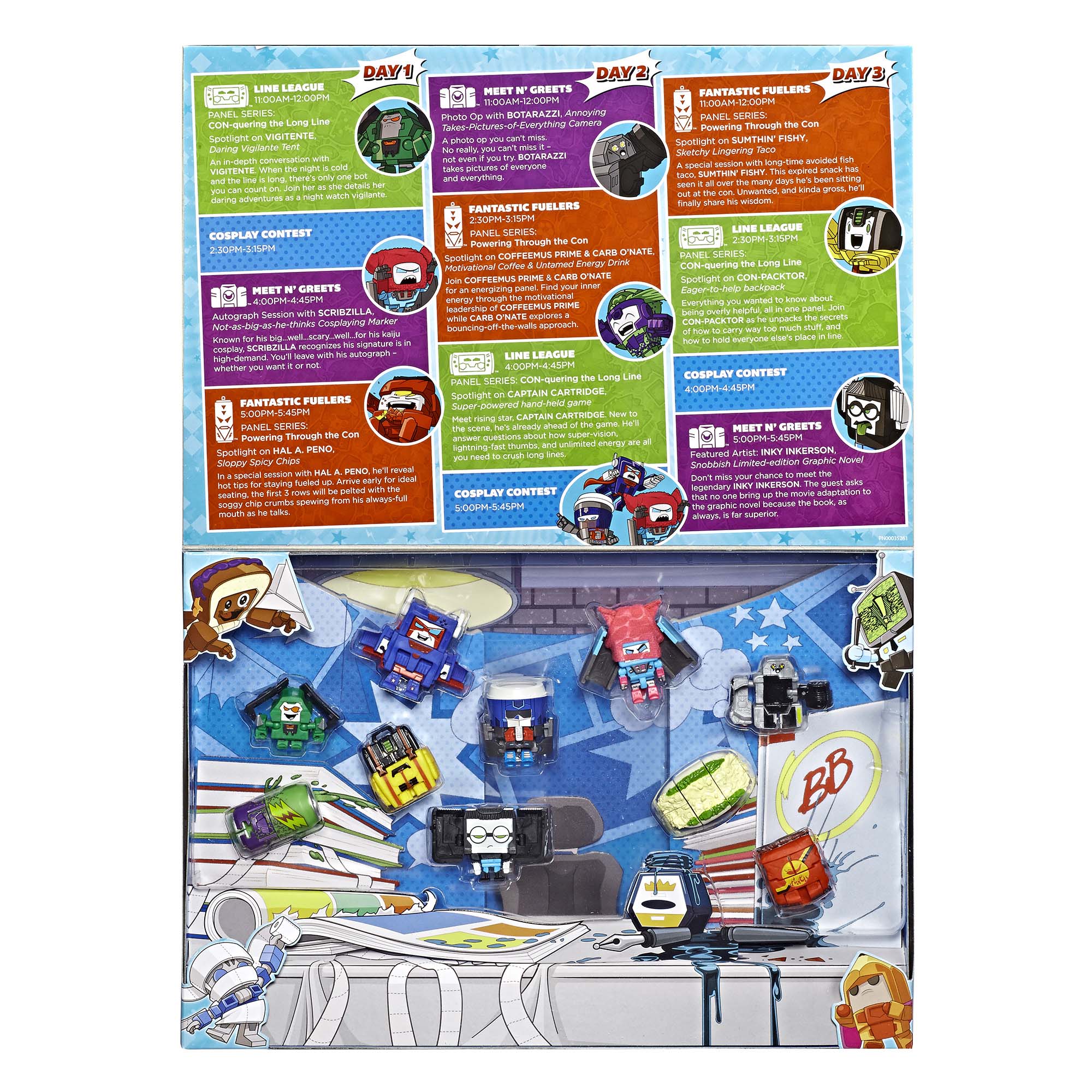 Fast Food toys were always larger than Botbots – even the pre-historic Minibot ones.

Indeed they were. My brother has taken to calling BotBots "Happy Meal Transformers," too, which always makes me wonder if he remembers how large the Happy Meal toys were.

Yeah, Ronald made the food themed ones, I (poorly) was saying burger King's 80s transformers were better. Gobots actually.

Fast Food toys were always larger than Botbots – even the pre-historic Minibot ones.

The SDCC exclusive makes me glad that my daughter decided to quit these after series 1. However, the Arcade Renegades are bought on sight for myself.

Have they ever *not* had a Generations exclusive at SDCC?

I was just a little worried cuz they unveiled this and the other exclusives for their brands marvel, not sure about my little pony.

I would hope not. Folks, if you hear any Botbots talking to you– especially if they are advising you to do evil things– please seek professional help.

Eh. They don't really speak to me.

I would hope not. Folks, if you hear any Botbots talking to you– especially if they are advising you to do evil things– please seek professional help.

I thought it was Wendy's that did the kids' meal Gobots.

Yeah, you're right. 34 years ago, things get blurry lol.

Yeah, Ronald made the food themed ones, I (poorly) was saying burger King's 80s transformers were better. Gobots actually.

I thought it was Wendy's that did the kids' meal Gobots.

Eh. They don't really speak to me.

I think it was McDonald's.

Just think of them as post-processed Maximals.