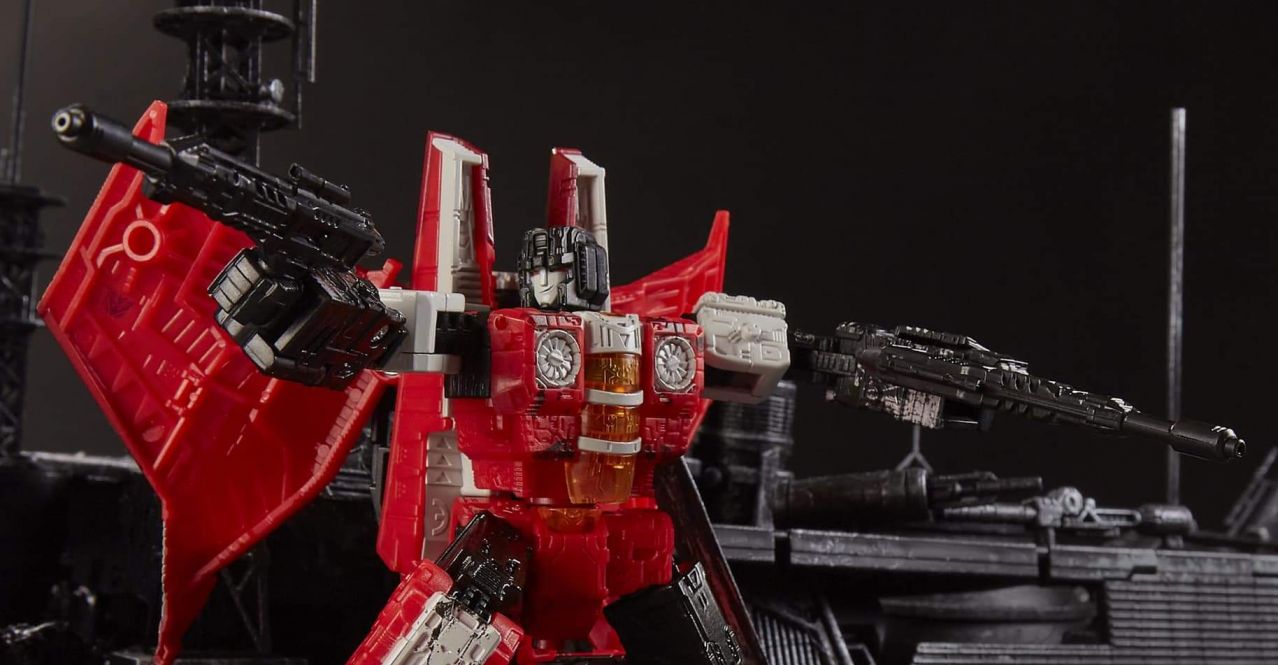 Hasbro Taiwan and Hasbro Asia have both uploaded some official images of the just recently revealed Generations Siege Selects Redwing. Designated as WFC-GS02, Redwing is the third of what will be at least six Generations Siege Selects releases, alongside WFC-GS01 Megatron and WFC-GS06 Smokescreen (the recently released Swoop and Ricochet, along with Takara-Tomy’s Star Convoy and Snaptrap are apparently not considered to be a part of this numbered series).

Redwing is a red Seeker, and that’s pretty much all there is to know about him. He’s as obscure as they come, barely even a random background character from the original cartoon and born of a coloring error in the Botcon 2013 comic that resulted from a series of miscommunications between Hasbro, Takara-Tomy, E-Hobby and Fun Publications. However for a character whose entire existence is owed to a string of miscommunications, Redwing has won a bit of a following, and thanks to Generations Selects, “he’s a real bot now”. Redwing uses the Siege Starscream mold, with a smirking headsculpt from the Thundercracker release that suits the character’s “devil may care” attitude.

Generations Selects Redwing is reportedly set for a wide release in August 2019, but will have a limited release in June 2019. Hasbro Asia’s Weibo post also interestingly refers to Redwing as a part of the “Acid Rain Team” (aka the Rainmakers), a trio of primary colored Decepticons from the episode Divide and Conquer – while Redwing was definitely not one of those three guys, his colors are bold enough that he’d fit in with them. And could this also be a tease of even more characters to come from this mold?