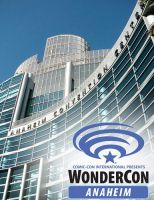 WonderCon Anaheim’s program schedule is posted, and we’ve reviewed it to give you a sneak peek at several intriguing Transformers-related panels:

A behind the scenes look at writing Transformers: Cyberverse Season 1 from Cartoon Network and Hasbro Studios. The conversation will include the Cyberverse writing team: Gavin Hignight, Zac Atkinson, Mae Catt, Dan Salgaro, story editor Randolph Heard and Hasbro Studios’ Mikiel Houser and will be moderated by Jack Conway (Comic-Con Film School 101). The team will discuss the creation of Season 1 and give you a peak at what’s to come in Season 2!

Transformers comics are reborn in the all-new Transformers series-and Transformers hall-of-famer John Barber and editor David Mariotte are here to introduce you to this bold new era and to celebrate 35 years of our favorite Cybertronians with surprise panelists from the past, present, and future of Transformers!

Entertainment Is Female: A Conversation with Hollywood Executives

What are your burning questions for these panels? Are you attending the convention? Stay tuned for more Transformers-related updates from WonderCon and join the discussion on the 2005 boards!

We did an extensive one:
TFW2005 Coverage Of WonderCon 2019 Transformers: Cyberverse Panel – Transformers News – TFW2005

No recap of the panel?

Allspark was apparently covering it but I didn't see anything from it.

No recap of the panel?

For IDW: What elements (if any) of the Cybertronian social constructs initiated by James Roberts will be carried forward?

Hopefully only the forging stuff.

For IDW: What elements (if any) of the Cybertronian social constructs initiated by James Roberts will be carried forward?

Once again, your moderator Mark Evanier brings together a team of experts in the art of speaking for animated characters, interviews them, and has them demonstrate what they do. The panel this time includes Jon Bailey (Transformers: Combiner Wars, Bumblebee), Phil LaMarr (Futurama, Samurai Jack), Alicyn Packard (Tom & Jerry, Poppy Cat), Rachel Butera (The Adventures of Rocky and Bullwinkle, Teenage Mutant Ninja Turtles), Jim Meskimen (Avengers Assemble, Teenage Mutant Ninja Turtles), and maybe a surprise or two.

WonderCon Anaheim 2019: Making a Living by Being Creative

Director Ruolin Li (Dreamworks), voice actor Jon Bailey (Transformers, Honest Trailers), writer/executive producer Brendan Hay (Harvey Street Kids, Robot Chicken), writer/executive producer Dan Hageman (Trollhunters, Ninjago), and freelance artist Lee Kohse (Star Wars, Aliens, Voltron) discuss the business of being creative. With so many aspects of being creative to cover, this year's panel will focus on animation. How to get an idea from your head to the screen. Coming up with designs and writing the script, to casting the voices and ways to get it animated. Our experienced panelists will also answer your questions on all aspects of being creative. A must-see for anyone wanting to make a living by being creative. Moderated by Johnny Kolasinski (podcaster and former arts marketer).

This panel addresses what a new writer needs to do once they have material ready to go out to the masses. The shifting 21st century digital frontier means the age-old methods of building a career have been rendered irrelevant and this group of Hollywood screenwriters and graphic novel creators share insider information, publishing secrets, and the professional realities on how to develop your ideas into a viable property and market yourself accordingly. Moderated by 2015 Disney/ABC Writing Program winner and 2014 Eisner Award nominee Brandon Easton (Transformers: War for Cybertron, Marvel's Agent Carter), the panel includes producer Geoffrey Thorne (Black Panther's Quest, The Librarians), artist/writer Tony Puryear (Queen of the South, the Schwarzenegger film Eraser), writer Ubah Mohammed (DC's Legends of Tomorrow, Gang Related), and writer Brandon Thomas (Catalyst Prime: Noble, Skybound's Horizon).