This cool translucent yellow version of the Energon Igniters Speed Series Bumblebee will have its own comic/manga included in TV Magazine’s April Issue. From the promotional image, we can see that Optimus Prime, Drift and Hot Rod will join forces with Bumblebee to face Burning Megatron, a previous TV Magazine exclusive which is a red redeco of The Last Knight Legion Megatron.

Additionally, there’s a Twitter photo contest for Japanese fans. Buy Energon Charge Bumblebee this April and share a picture on Twitter with the hashtag #Termaga Bumblebee by Friday, April 5th 2019. You will have a change to win one Studio Series SS-16 Bumblebee (10 winners).

Click on the bar to check out the mirrored images, including a great clear shot of the Energon Charge Bumblebee toy. Then, share your impressions on the 2005 Boards! 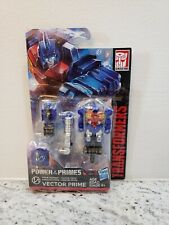 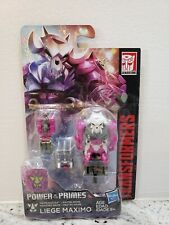 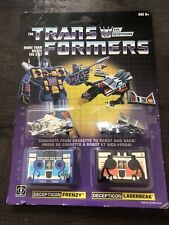 Look at that fat sassy Bumblebee on the cover, strutting out like he's Vince McMahon.

Now how do I buy one of these?

Look at that fat sassy Bumblebee on the cover, strutting out like he's Vince McMahon.

Now how do I buy one of these?

Love how th art is literally based on the toys

i like how they're advertising clear bumblebee teaming up with 3 crappy, inaccurate remolds.

Nice. Should get a copy sent to Kinokuniya KL branch in a couple of weeks time. Imms buying.

Here is a review of the Bumblebee. Is comes with a Kamen Rider Geiz Buttobasoul medal.

I was going to ask why Red Megatron seemed to work so well, with this "Burning" TLK Megatron and M. Bison Megatron then it dawned on me. Red is often assiated with communism big brother to the socialism that G1 Megatron represented with his NAZI officer look.

This picture is great. Like when you finally have vacations after a loooong time.

This picture is great. Like when you finally have vacations after a loooong time.

Neat. When is this Magazine out?

So this guy's name is Energon Charge Bumblebee. Huh.Wasn't sure if TV-kun was going to give him his own title. The clear yellow on this is really nice. Looking forward to getting this guy in April.

I also dig the use of Burning Megatron. Love that red and gold.
File:TF-TLK-TV-Magazine-Burning-Megatron.jpg – Transformers Wiki