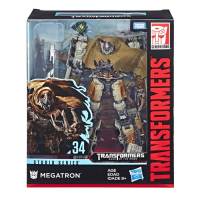 Care of TF Thai Fanclub On Facebook we have a look at the packaging of the upcoming Studio Series figures for 2019: Optimus Prime, Bonecrusher, Dark Of The Moon Megatron and Jetfire.

The Studio Series Voyager Class Wave 5 brings us SS-32Optimus Prime (featuring an art similar to the first 2007 illustrations) and SS-33Bonecrusher (While not being so tall, he does fill the box). We also have a the boxes of the Studio Series Leader Class Wave 2 SS-34 Dark Of The Moon Megatron (the cape seems a different material from what we have seen before) and SS-35 Revenge Of The Fallen Jetfire.

Are you looking forward to add these new toys into your collection? Let us know your impressions on the 2005 Boards! 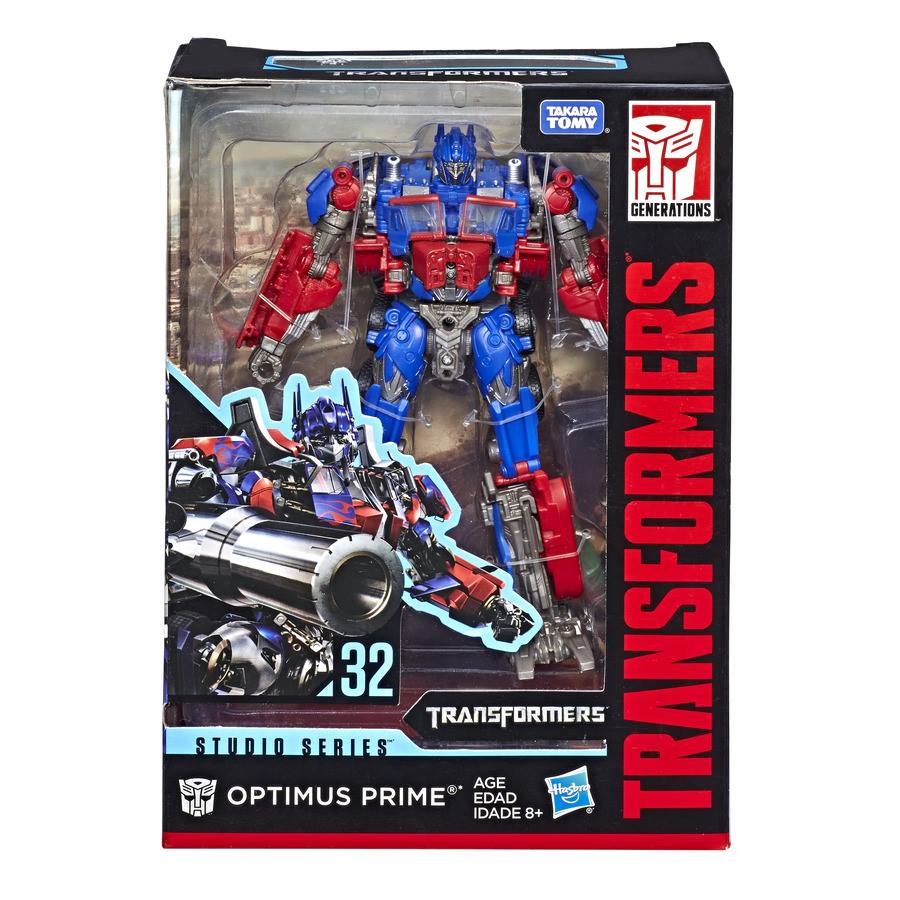 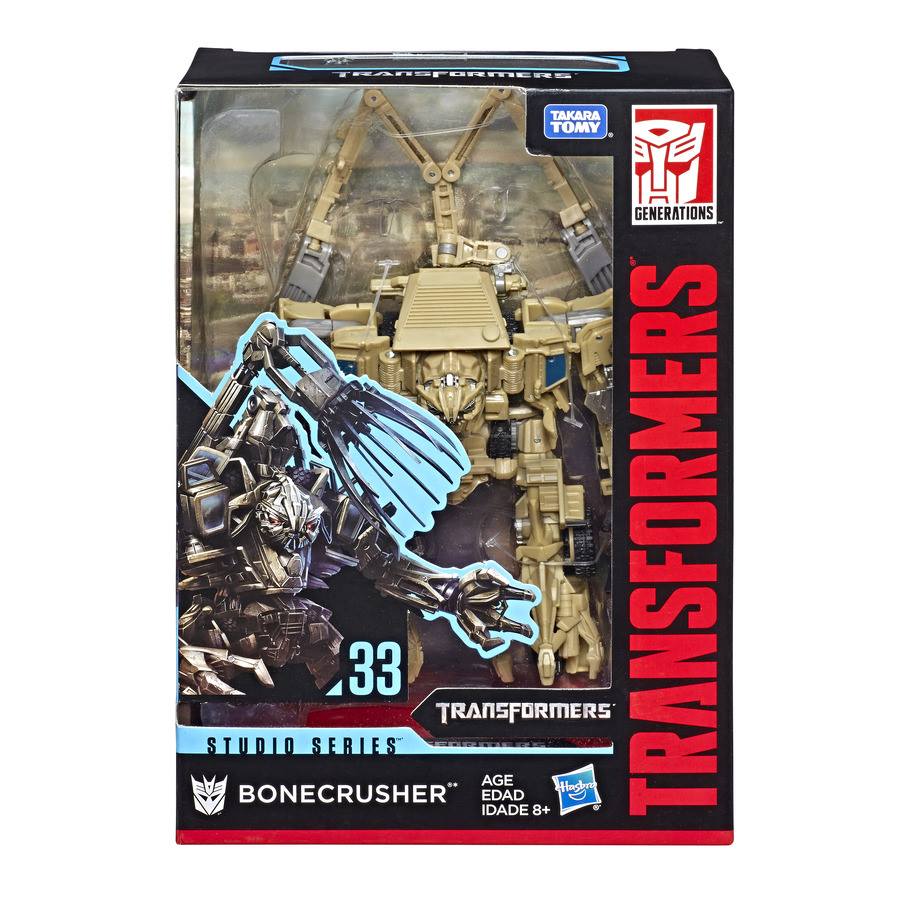 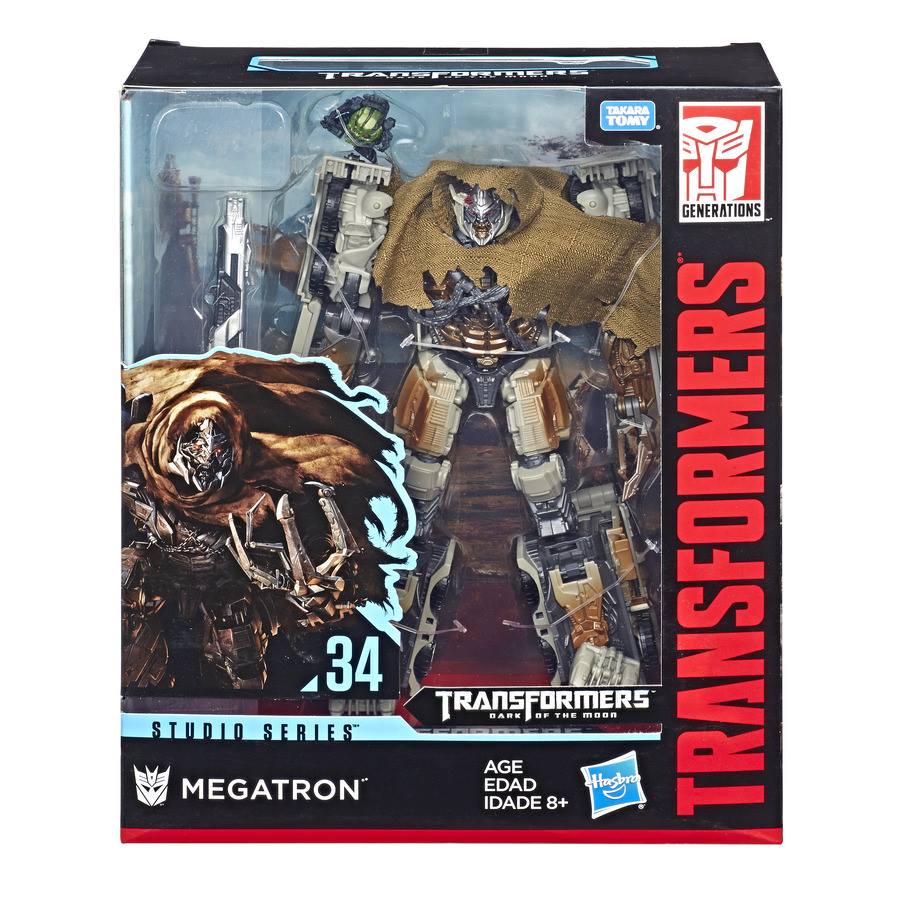 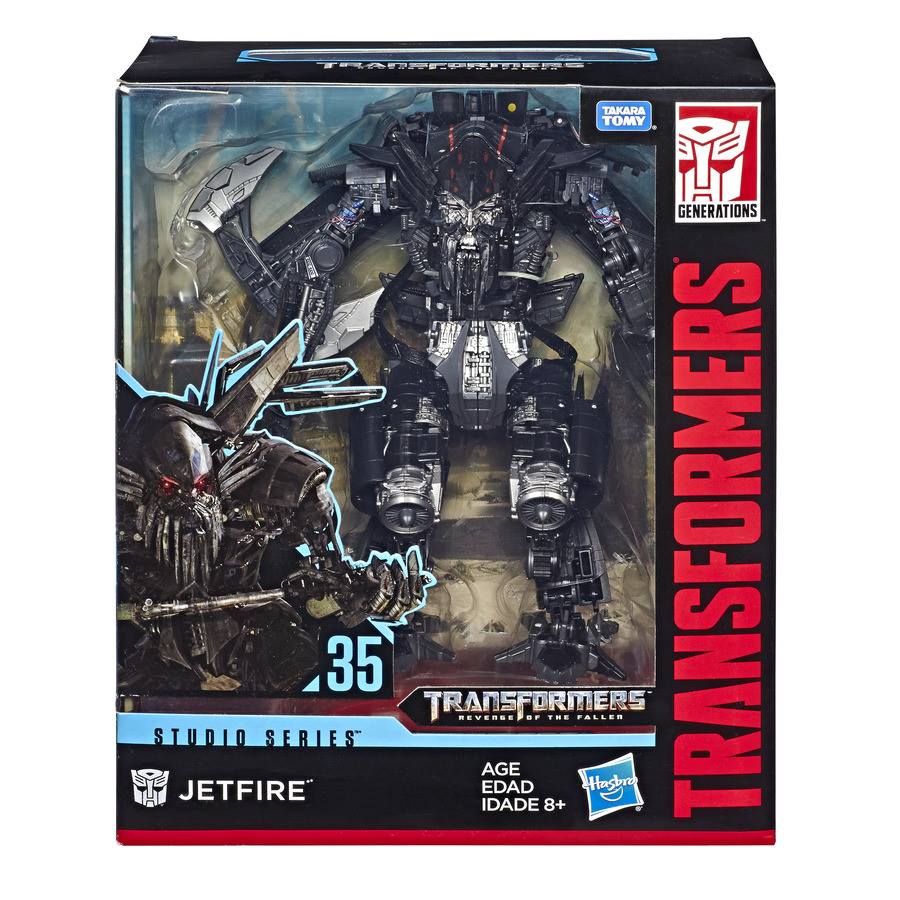 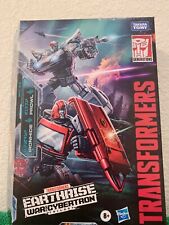 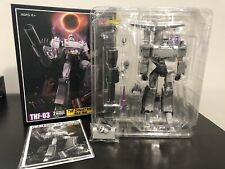 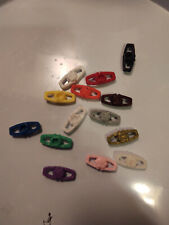 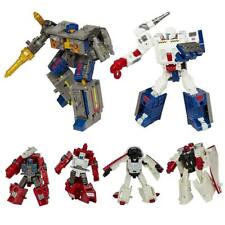 I haven't bought any SS. But if there's one i'm gonna get right away it's gonna be Bumblebee Movie Optimus Prime.
I don't know. It feels like there was no compromised in that design. Everything is just fine.
And it transforms like Masterpiece toy.

Compared to Studio Series iteration of Peterbilt Trucks where smokestacks are very short and compromised.
I will not wonder if that flatnose truck version will get a Oversize treatment as well. I don't mind getting it too.

This is still unknown so far, but I think it might be another exclusive

It’s comes off for transformation.

This is still unknown so far, but I think it might be another exclusive

The face on jetfire looks weird

Out of curiousity, how does the transformation of that megatron work with the attached cloth piece

The face on jetfire looks weird

Out of curiousity, how does the transformation of that megatron work with the attached cloth piece

The one nice thing about the numbering system with Studio Series is that it's not like Masterpiece's mess. It's been around since 2004 and we're just now getting to MP-44 and a good portion of those numbers have been fillers like Skywarp and Thundercracker, etc. There are a few fillers and repacks in SS, but for the most part, they're chugging along and we don't have to wait forever for the good stuff to come.

Don't get me wrong, there were some gems in MP and patience is necessary to some degree, but Has/Tak have been producing SS and haven't really lost any steam and there's still more to come. And it's affordable. I can't really complain, I'm getting what I asked for. *shrugs*

Seriously. That was my favorite movie Megatron.

If I remember right, Sideswipe is SS-29. Which means Barricade or WWII Bee are SS-31 or it's another hidden exclusive.

EDIT: Yeah, it's likely an exclusive. I don't remember Drift's number, but it's someone.

sideswipe is 29 and barricade is 28, takara uses their odd number system

Drift with baby dinobot is SS-36

Yeah, I know. My memory is really bad but he's probably around there.

Is Jetfire's head really too big? Is it though?

no his head is fine, his beard just looks bigger

Same here. All these SS toys are making me wanna sell all my Movie 1 and ROTF toys

Fortunately for my DOTM collection… well, I don’t have anyone except Soundwave, so no one’s getting replaced.

I have the DOTM Jetwing Optimus, along with the KO parts from the battle one with the shield and the UFO trailer, plus the articulated hands, etc. I'm thinking of putting the whole thing up as a set on eBay and seeing what it goes for. Probably could fund the next wave or two of SS, honestly.

I'm actually pretty excited for the DOTM Megatron and seeing how well he pairs with the ROTF Megs (post DK-upgrade kit of course). Although I do wonder whether or not this Megatron will be able to rotate his trailer like the original Voyager, otherwise his alt mode'll just be a long truck that needs a REALLY wide berth to turn.

On another note, now all we need is Soundwave, and our DOTM Decepticon triumvirate will be complete. A Leader-class figure of the Fallen wouldn't hurt to complement ROTF Megatron and Starscream either, IMHO.

You can tell by his transformation that he crunches up quite a bit. The nose of the truck folds into the cab, and the rear of the trailer pulls out and down to become the arms, so he shrinks quite a bit
.

If I remember, that's how he transformed in the movie, right?

I can't say Megatron looks accurate, but he does look like a pretty awesome figure. I just feel like the whole scale thing is going out the window having Megatron be a leader while Prime is still a small Voyager. Anyways, still don't like that Jetfire design and there is really just too many movie Optimi to be getting another voyager even if he is better than the first of this line.

To be fair to the SS line's accuracy, Megatron's ALWAYS been taller than Optimus in the films (mainly due to his jet, tank, and tanker+trailer alt-modes), so they got that part down as far as I'm concerned.

I'm pretty excited for Jetfire, not in the least because he's one of the few movieverse designs I don't have represented in my collection yet.

Same, glad I skimped out on the version from 2009 that basically put Prime into crutches XD

I expect 2 fact:
. Have a DK uprage for his head
. They change it for the final model

I…my trust with DK is kinda shifty atm tbh. They delayed the release of the Grimlock upgrade kit for a while, and I'm still waiting on them to release the ROTF Megatron upgrade kit. Plus, Megatron's head was basically his ROTF head, just with some parts repaired since half of it was blown off thanks to Optimus.

well most of you can barely afford the figures at their current price points, imagine with superior paint added on. You all would cry about them being expensive. Can't please them all…

This is true, we can either get quality-painted figures at the cost of our wallets, or we can get pretty decent figures that won't eat up our wallet as much. Either way, it's a trade-off of money for quality or vice-versa.