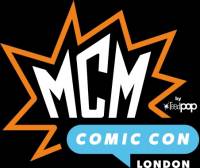 Hasbro has published an official announcement regarding their presence at this year’s MCM London Comic Con.

According to the press release, this will be the world debut of Transformers: BotBots as well as several Movie Series figures.

Be among the first to hear about new Transformers figures straight from the marketing & design teams at Hasbro. This is your chance to discover what all the speculation is about as BotBots are finally revealed! Plus, get a glimpse of multiple new movie-inspired figures revealed for the first time at MCM. The Transformers team will also host a Q&A session with attendees. Panelists include Ran Sun & Minh Medeiros from the Transformers Global Brand Team and Sean Carmine Isabella from the Transformers Design Team.

EDIT: Got mixed up with tomorrow's con instead. My bad.

How to get your Hasbro exclusives | London Comic Con

Due to high demand and limited availability of Hasbro’s convention product, attendees must secure wristbands ahead of time to purchase the below five items at the Hasbro stand (N900). The Hasbro stand will be open for product sales Friday, 11:00am to 4:00pm, Saturday, 10:00am to 4:00pm and Sunday beginning at 9:00am while supplies last.

Wristbands will be dispersed on a first come, first served basis at the Hasbro stand beginning at Friday 10:00 a.m. and Saturday 9:00 a.m. while supplies last. There will be no wristbands provided on Sunday. Any remaining stock will be sold on Sunday beginning at 9:00 a.m. on a first come, first serve basis while supplies last.

One wristband will be distributed per person, per item and will be placed on your wrist when you pick it up. Wristbands will be labeled for the specific item and the day and timeslot you can get in line to purchase your items and it can only be used on the labeled day and time for the specific item. There will be a limited number of products sold and wristbands distributed per day. For any questions, please check with a Hasbro representative.

Get ready, #London! We’re headed to @MCMComicCon next week with exciting panels for our #StarWars, #Marvel, and #Transformers lines! #MCMComicCon

We’ll be at @MCMComicCon next week with these limited-edition products from TRANSFORMERS & licensed partners STAR WARS and MARVEL available for purchase at the Hasbro Stand (N900). Limited quantity, while supplies last.

Sadly, I don't see that happening. Those Cybertronian designs would cut heavily into Siege and what that line is trying to do.

I disagree as figures based on those designs still have a stylized movie design suitable for the studio series line that is different enough from the Seige figures we've seen so far. I get where you're coming from though. I could also be wrong and this might be Hasbro's attempt to brand integrate the Siege line with the films for the purpose of of cross selling despite the Siege figures looking quite different from the designs we see in the film.

Hopefully some of those movie figures are based on those amazing Cybertron designs!

Sadly, I don't see that happening. Those Cybertronian designs would cut heavily into Siege and what that line is trying to do.

I hope we can at least get detailed descriptions of the toy reveals there if not photos.

Every time I have been go London Comic-Con no one bats an eye when pics are taken.

Saying that however if it was private it wouldn't be on the centre stage, as that is literally right in the middle of the room and anyone can view it

Nice, looks like I picked a good year to get a press pass (the perks of working in the media industry)

Interesting! Kind of hoping to see some more Studio Series figures of Shatter and Dropkick in either of their vehicle modes, or even StarBlitz ScreamWing.

I'm personally fine with no pictures I assume its privite because some of the later reveals for London will be previewed and they dont want to spoil the suprise for later. But some will probably get released officially like product renders if I had to guess.

If no pictures, I would just want to hear Leader Class DOTM Megatron and new mold Dino.

Hopefully some of those movie figures are based on those amazing Cybertron designs!

WFC Leader Shockwave reveal in October or else!

Awesome!! October is to be the month of reveal because we have nycc next week & at the end of the month we have both London & Paris comic cons. I\'m super excited for the reveals for seige & studio series!

Is this an event where pictures are allowed?