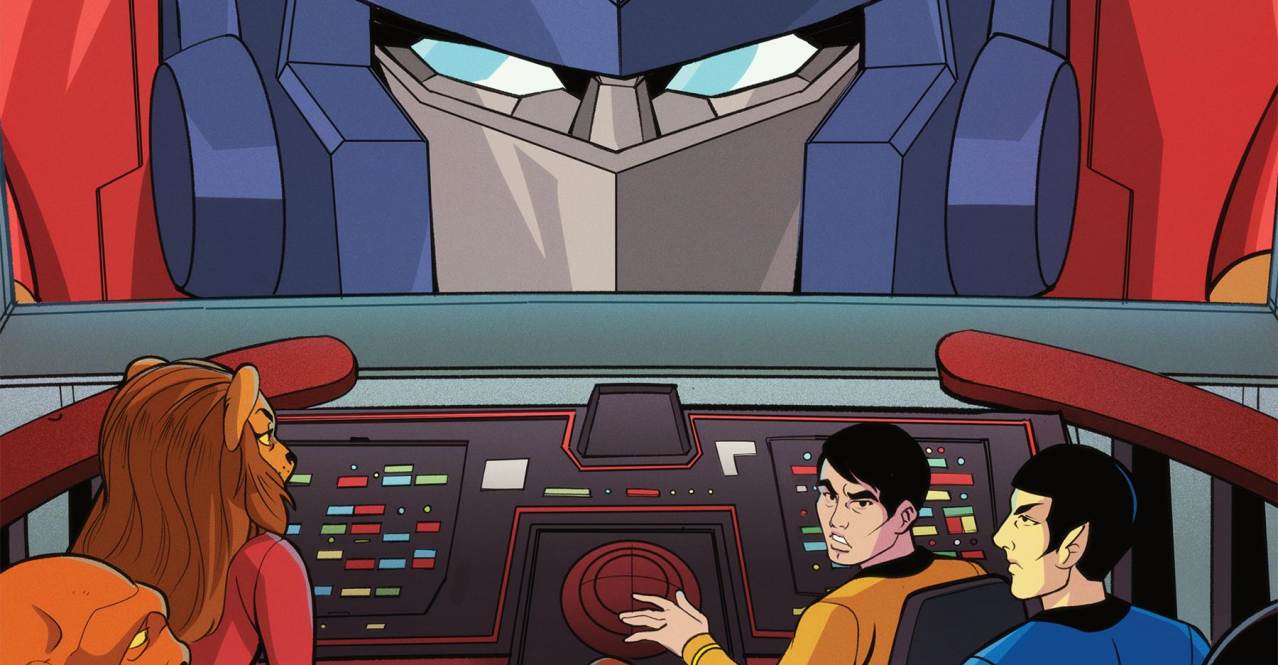 IDW have sent out their Transformers solicits for December 2018, and after a Transformers-light November, December is bringing us not only the conclusion of Star Trek VS Transformers but also a pair of one shots. Coming in December 2018 is Bumblebee: Go for the Gold! This one-shot adventure continues the lighter take on Transformers introduced in the Win if you Dare one-shot (out now), as well as continuing the story. Also serving as a final capstone to the IDW Transformers continuity is Transformers: Historia, a 48 page special chronicling thirteen years of published comics written by Transformers expert Chris McFeeley.

In other news, issue 2 of Tom Scioli’s new take on Go-Bots arrives in December, which sounds like it is bringing a different yet familiar take to Transformers’ 1980s rival with the Renegade Go-Bots waging a successful war against humanity – but where is Leader-1 during all of this?

Check out the full solicits after the break, along with the cover artwork for Go-Bots issue 2 and Star Trek VS Transformers issue 4 – the latter having some great cover artwork and ensuring that Transformers fans everywhere will know who Lieutenant M’Ress is.

Transformers: Bumblebee: Go for the Gold!

There are a lot of things other Autobots can do that Bumblebee cannot—they drive faster, hit harder, fly! But if there’s one thing Bee has over any of them, it’s a bigger heart! When his team’s in danger, Bumblebee comes to the rescue in this fun adventure that pits the Autobots against Starscream’s evil Decepticons!

The year was 2005. The treacherous Decepticons and their heroic Autobot counterparts descended upon the Earth and unleashed a new era of Transformers comics through IDW Publishing. Thirteen years and hundreds of issues later, that universe has come to a close. Join Transformers historian Chris McFeely on a guide distilling the past 13 years of publishing history and remember the masterful storytelling of the first IDW Transformers run.

With the Enterprise disabled by the Klingon-Decepticon alliance, things look dire for Spock, Optimus Prime, and the landing team. But with the Autobots’ help, can Captain Kirk come up with a solution to save the day from a massive Cybertronian threat?

Order 10 copies and get one free variant cover by George Caltsoudas!

Cy-Kill and his Renegades declare war on human civilization… and they’re winning. Go-Botics freshman A.J. Foster and cynical Go-Bot race car driver, Matt Hunter, along with their friendly Go-Bots Scooter and Turbo, flee for their lives as they desperately search for some way to stop the extinction of mankind and the dawn of the planet of the Go-Bots!

Order 10 copies and get one free variant cover by Jim Rugg! 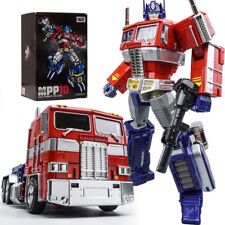 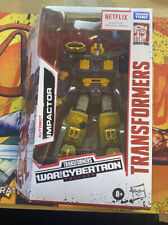 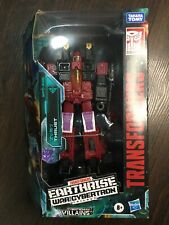 Man, that retailer incentive cover of Trek/Transformers has my mind blown.

Sigh, I’m late. But is that green guy inbetween Aileron and Arcee meant to be Devastator? If so, he looks different than I remembered. Also an awesome cover!

That's enough guys, please get back on topic.

Pointing out Walky's involvement in something as undesirable by many people isn't necessarily a smug action.

You're dismissing a huge, elaborate database maintained by a plethora of people who devote a shitload of their spare time without getting a dime in return because one guy with whom you have a beef for whatever reason is involved.

Then again, you seem to think keeping track of details is "boring" and "useless", so that's probably par for the course.

Remind me again, when was the last time you contributed to this fandom in a productive manner besides dismissing other people's work because of some personal grievance?

Didn't this begin with you insulting Walky?

Pointing out Walky's involvement in something as undesirable by many people isn't necessarily a smug action.

Oh sweet. I like his Basics videos. And I like her art. I may pick this up.

I agreed initially that this Historia wouldn't be much good to those that already have all the comics. However, I've come to realize that it will be a handy quick reference plot guide so you don't have to go searching through all of those many details for some plot point you can't quite remember.

Didn't this begin with you insulting Walky?

Bumblebee: Go for the Gold! Is something I highly anticipate on the back of the terrific first book.

Don't you have boring copyright entries to plug into your gigantic book of Useless Transformers Information and Factoids?

No, Thursdays are reserved for dealing with smug jerks who accuse other people who are into the same nerdy hobby of being nerds for contributing to the fandom without looking for immediate personal gain.

Don't you have boring copyright entries to plug into your gigantic book of Useless Transformers Information and Factoids?

Anode got her own space and Tarn or Prowl didn’t. I’m furious

On a more serious note though, that cover is amazing. Absolutely impeccable. Well done on creating his masterpiece

I love how Ironfist got his own space. He\'s been dead for eight years but he still matters.

Beautiful! Love this picture, might be my new favorite.

Look forward to checking out the Go-Bots stuff, will probably check out the Star Trek crossover too.

The Historia cover is pretty nice, too bad 5 of the shards contain non-characters. Like I get Windblade, as she's been continuously shoe-horned into every aspect of TF media, but Anode? Really?

I don't care about Anode and Lug either but they're important because they're the first orignal characters to be Trans, which is a pretty big deal.

That is one truly spectacular piece of artwork it kinda reminds me of the Unicron #6 cover in a way, but in a more positive light. Can\'t wait to read the book.