Spoiler Warning: This news post and the associated discussion thread may contain spoilers from the upcoming Transformers: Bumblebee movie by director Travis Knight.

Thanks to an article posted on Discussing Film (generally considered as a reliable source), we now have a juicy piece of  information regarding the appearance of Cybertron, which was first revealed during San Diego Comic Con 2018, on the aforementioned movie.

The info not only describes what characters we will see as cameos, it also describes when and how they will be featured.

To keep things spoiler free, we will let you in on the info, after the jump. You can check out the full article at Discussing Film.

We can confirm that the film will open on Cybertron and will be briefly visited later again. Fans of Transformer’s “Generation 1” will be pleased for the film will showcase many iconic autobots and decepticons- all which sport designs identical to their 1980s cartoon counterparts.

Yes, Bumblebee will represent G1 very well with the film being set in 1986. The transformers on Cybertron will not only look the way they did in the 80s but will also be seen transforming into stylish cybertronian vehicles.

So, what iconic transformers can you expect to see in ‘Bumblebee’? Fans will have a fun time scanning the battlefields on Cybertron for many instantly recognizable characters. Three that stand out in the film are Soundwave, Shockwave, and Cliffjumper. Note that these are only brief cameos and most of them are not speaking roles. Blitzwing, Dropkick, and Shatter are the only decepticon key players in the film. Optimus Prime (once again voiced by Peter Cullen) has a role larger than a brief cameo, but do not expect to see him engage in any action on earth. One should expect his classic 80s design to look just as good as they imagined it to be. 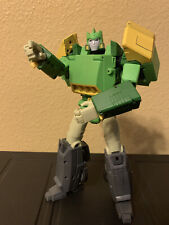 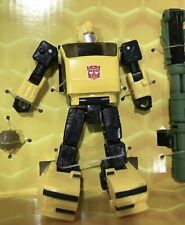 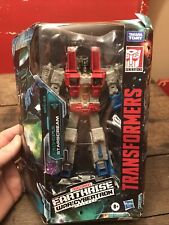 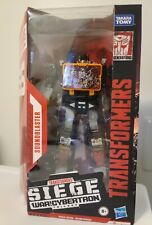 The article didn't say that at all, it says they have Cybertronian designs on Cybertron.

Yeah that would make them recognizable! Which basically means they'll pretty much look the same way as they do on Earth. Which makes no sense.

If this is true, I wonder why everyone is looking like there G1 counterparts, including Optimus, except the one guy we've seen that looks G1 isn't?

If this is real, wow neat, nice wee set piece to open on, with some cute cameos, if it isn't ah well.
Doubt it would be real, seems like an odd thing to do on a movie with modest budget for a franchise movie. Though, you could just trim the fat of the DOTM Shockwave model to make rendering quicker, paint the Bumblebee model red for Cliffjumper, toss in a through Blitzwing models (don't @ me) in different colours and call it a day, he says not knowing the trials of making a completely CGI opening with complicated CG characters.

Absolutely no source whatsoever. If it was Joblo i would believe it in a heartbeat since they have actual insiders.

It's Micheal Bay Paramount's fault that there's such division. All other franchises got better treatment, but with Transformers poor movies were successful and enbittered existing fans, while creating new fans that oppose the existing fans.

To be fair, it's been kind of a back and forth on both ends that's ultimately turned into a vicious cycle at this point.

We have it with any other version of the franchise, there are still fans who will give people crap about TFA.

The article didn't say that at all, it says they have Cybertronian designs on Cybertron.

I've never had this issue. I can follow action and such just fine. Don't know what everyone else's problem is.
No, it's the fault of the minority of the fandom who think G1 is the only thing allowed to exist, and oppose any creativity whatsoever like it's going to literally destroy their childhood. They literally are saying they're making it more G1, and 90% – 95% of the people in here are whining about the movies that have already happened, throwing this movie under the bus as though they know anything about the final product, and saying it needs to be killed and replaced with something more G1, which is what they are already trying to do. It's just hateful and bitter people and/or trolls shooting themselves in the foot, so to speak, just so they can post more hate and trolly comments.

Ain't that the truth theyre the same ones that opposed Beast wars, RID early 2000s one, Armada ,Transformers Animated and Prime