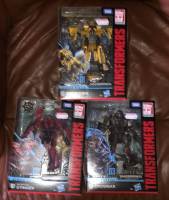 We’ve got a first sighting for you now – the Transformers Movie Studio Series has made its first debut in retail stores outside of Asia. Studio Series Deluxe Wave 1 has hit UK retail, the first brick-and-mortar sighting of the assortment we’re aware of. The series, which consists of Bumblebee (1977), Ratchet, Crowbar, and Stinger, was sighted in a Toy Planet store in Burton in the UK.

A big thanks to my good friend and all-round cool guy Shockscream for the heads up! 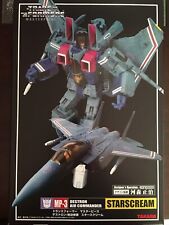 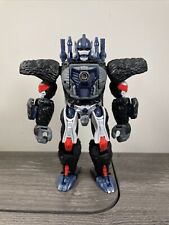 So，where can I buy it?

Hope these hit Canada soon, and sale even sooner!

Where in Canada are you?

And they said April. Psshhh. I bet the first Voyager wave will hit the US by the end of March.

Jesus the prices, I'm sure around Cybertron time a deluxe was about 7-9 quid.

Jesus the prices, I'm sure around Cybertron time a deluxe was about 7-9 quid.

And less than the Premier Editions were initially going for, though only by a couple of pounds.

Still too much. Movie toys are making generations figures look like bargains.

Probably worth noting that Toy Planet is the shop that's charging £19.99 for POTP deluxes while they're selling for £16.99 in Smyth's, so I wouldn't put much stock in that price tag. Probably £19.99 in sensible shops, in the standard $=£ switch we're all familiar with.

Remind me, what's the US RRP on these?

Actually more like £14.80 at current rates, but then that doesn't include tax.

Where the uk gets screwed again by paying 20% tax while the USA pay between 0% and 7.25% (I'm not counting puerto rico)

And just for the sake of completeness:
The packaging is EU stock, so we're not dealing with an overseas import here.

As always the absurd British prices deter me from buying them at retail and actually supporting the nation's toy market.

I saw TLK Grimlock in Hamley's the other day for £50 (that's $68, my American buddies), I feel bad for any parents who pay these sorts of prices on a whim.

Hope these hit Canada soon, and sale even sooner!

Whooooo f*ck those prices £25!?!?! how much money does hasbro UK own their dealers?!

And look, they\'re only a little bit more expensive than what a voyager costed not long ago. What a steal. I sure love being British.

Remind me, what's the US RRP on these?