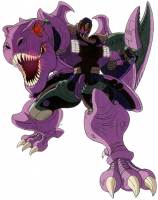 The Transformers Generations 2018 book has recently been released, and includes an interview with the designer of the upcoming Takara-Tomy Masterpiece Beast Wars Dinobot. In the interview, the designer notes that:

As for the Beasts Wars Masterpiece, I felt the first goal was Dinobot and the next one was Megatron, so I would like to do my best there.

While this does not confirm that the next Beast Wars Masterpiece will be Megatron, it indicates that as far as the designer is concerned, he’d very much like to tackle the big purple dinosaur with the famous habit of ending his sentences with yesss next.

This makes logical sense, as Beast Wars Megatron still remains to this day one of the best villains in all of Transformers, and one of the integral parts of what made Beast Wars so enjoyable – right after Dinobot himself, in fact.

Of course, we’d caution you that this is not a confirmation that Masterpiece Beast Wars Megatron is in the works, but rather a designer expressing his desire to tackle the character as a part of the Masterpiece line. Plans of course do change, and we’ve heard in the past how the designers for the Masterpiece line have wanted to tackle certain characters and concepts which have still yet to come to pass. So while Megatron makes sense to us as fans and there is a designer who wants to make him happen, it also needs to get through the business and budgetary side of things which so often throw a spanner in the works.

As always, keep it TFW for more news on all things Transformers. 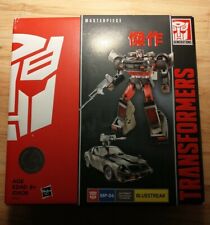 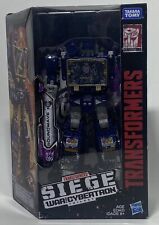 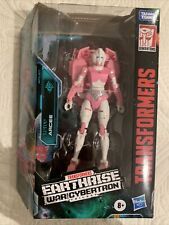 Closing this because it keeps getting bumped without any actual news.

If and when some sort of genuine information comes to light (a magazine scan or tease from an official source, store listing, etc) then someone may make a new thread for the new information.

Ooooooh, if only this was the transmetal one, better yet transmetal 2.still, might consider getting hi-*sees the current mp prices*-… NEVERMIND!

@Seth Sunthay you have committed a cardinal sin.

And Seth made no friends today.

Heart skipped a beat there … first the Hawaii false alarm attack, now this …

Was hoping for news.

I kid to BW fans

What a freaking horrible thing to do, bumping this thread without new information !!

*goes off to weep*

This (although now I am guilty of it, too)

What a freaking horrible thing to do, bumping this thread without new information !!

*goes off to weep*

Ooh do you know something?

A Vok Golden Disk is all I'll need.

Then I may have an issue with my local office being strict or they caught on to me as someone who imports a lot? I don't know.

But I'm sure that I can't cheat it at this point no matter what I try so I have adjusted to paying import fees by now.

No idea how or why, because before those packages I had everything seased and payed customs.
But these last few, even came with Zolltariflich befreit tape. I was expecting to pay for each, but I never did. The tracking number even sayd they stayed in customs for a couple of days.
So maybe witchcraft?

Anyway, I'm looking forward to Megatron and hope, despite the obscurity, there is a redeco as Beast Machines T-Wrecks down the line.

I'm just hoping for a toy deco release to go with MP-38.