We knew the Machinima Titans Return cartoon was coming, but now we have confirmation via Hasbro that the series will launch on November 14th. The series will air on go90, a streaming service owned by Verizon, in the US. Each episode of the 10 part series will be 11 minutes this round. Stay tuned for more info as it drops! 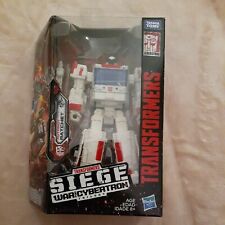 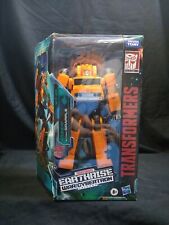 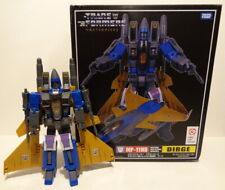 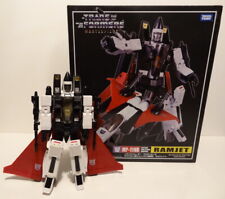 Your not alone . I am looking forward to this far more than any other fiction since beast wars

I think I might be the only person on the entire forum who is at least very reservedly, very marginally looking forward to this.

I'll just wait for GeeWun Redone's version to release, that way I'll know that it'll all be done right.

Indeed. I wish the TF sites would embargo the Hasblo version and post news of the Geewun Reedun version as the "official" version.

Not gonna lie, I really wanna watch this just for Megatron. I really enjoyed his characterization in Combiner Wars.

I'll just wait for GeeWun Redone's version to release, that way I'll know that it'll all be done right.

Because the show isn't needed to promote the toyline. It'll sell either way. The show is for the dedicated fans. Which seemingly tend to whine to no end and keep calling hasbro names for trying to give them material and stories to enjoy. It's a thankless job apparently.

Fans didn't "love" Megatron's voice in Combiner Wars. It was just that it happened to be the least awful part of the cartoon. Like if you'd just lost your job, got mugged on the way home to your apartment which you were then evicted from, becoming homeless… dropping the box filled with your last remaining possessions on your toe might inadvertently be the best part of your day. Doesn't mean it was a good thing.

I don't think anyone would complain if they replaced the Combiner Wars Megatron voice with an actual voice actor, especially not one most people consider the best voice actor to perform the role.

I would. I think he did an excellent job. In all honesty, the majority of the VA cast was perfectly servicable. I'd take almost any over Jason David Frank, that's for sure.

So…I left this show because of how they treated Maxima.I watched 4 min of E1.Maybe I'll cringe watch this.Idk.

Megatron is amazing. It's literally the only selling point

the generations toys really hew more closely to the IDW comics than the old cartoons,

I don't see that at all. At most, IDW makes a half-ass attempt to do a comic tie-in to the toys after the fact. Example: the pitiful Titans Return event. A couple of the figures look like versions of the IDW characters, like Chromedome (and even then, not the current comics version), but not many. Mostly, the TR line looks more like updated G1 characters than IDW, and IDW makes pretty much zero attempt at using the fiction set up by the toyline.

So…I left this show because of how they treated Maxima.I watched 4 min of E1.Maybe I'll cringe watch this.Idk.

…combiner wars was even worse in that regard; at least new titan returns toys will still be in stores this time around…

…at the rate they’re going, it looks like we can expect about six months of relevant toys after the power of the primes machinima releases next fall…

I don't get it either, I think it's Hasbro trying to do us a favor despite generations already have a cartoon commercial, an old one though, but still.

…nah, while these new toylines are definitely insprired by G1, they substantially reinterpret that material to do their own thing: the generations toys really hew more closely to the IDW comics than the old cartoons, if for no other reason than that IDW material is concurrently developed to feature aspects of the current toys…

I don't get it either, I think it's Hasbro trying to do us a favor despite generations already have a cartoon commercial, an old one though, but still.

Skip that with the HD remastered, there's no need. Unlike DBZ and Gundam, the HD remastered really wouldn't bring much to the table in differences and they've already done the color correction remastering as is.

Hasbro's best course of action is going straight into a full retelling/reimagining from the ground up. Generation 1 redone so to speak. From the start of the war, to the fleeing of cybertron, to the earth crash, and then some of the G1 episodes retold and updated. So they can correct the story inconsistencies, and fix various continuity issues while at it and also add in some new characters to have better intwined backstories to the lore retelling. So it's G1 stories but told realistically to the lore. Like correcting the Dinobots episodes so that they were 'rebuilt' from a salvaged squad that was in a destroyed area of the ship from the earth crash. And other little story fixes along the way in how it develops. Keeping some of the campy, but also expanding on it in ways that make sense. So continuing off of G1 after an HD remastered with doing that wouldn't work as it'd create character confusion.

As for combiner wars, it wad minimum a 24 FPS setup, though may have been 30. Those 6 fps are negligible at best as most standard cartoons are encoded at 24.9 without any notice of degradation, at least until HD monitors came around. 30 FPS is better, 60fps is preferred. The CG animation could have been done at 60fps though, and fans would have still complained. The frame count doesn't dictate fluidity of motion, or choppiness for that matter. Thats on the player side or the scene itself. So much of those complaints may have been more towards bandwidth issues as opposed to actual animation issues. There are a lot of little tricks used in animation to hide repeat frames and other cost cutting measures, but with CG animation that's usually easier to work around(you set the render frame rate and it'll fill in the gaps on its own depending on the program used). On my bandwidth, I didn't notice any choppiness whatsoever, and the frame count seemed to maintain at a consistent 24-30 with no noticeable motion jumps. So I'd assume it was bandwidth issues overall that caused those complaints.

Like I said, give them to 2021 at the minimum. They gotta work out how to do this first, and have other plans to work through. The toys and marketing plans we're seeing now, are a bit old, we're talking about stuff that's been in the works for 4+ years now, with more still to come. It's not as easy as saying "I want this!" and seeing it happen next week. Development takes time.

God, no, please!! I have to watch it cause I watched the last one cause it was so bad I had to see if it was real. I can't wait to have the moment where something seems cool and then they fuck it up by making Starscream a screaming titan or random dull voice acting from a character that'll appear next season.

Premiering mid-November. Just like Combiner Wars, Machinima strikes while the iron is slightly below room temperature.

Their timing is absolutely … peccable.

No. The generations toys will sell regardless. The age rank on them has nothing to do with intended audience and is about the complexity expectations of age ranges to handle the material/ability to transform them and not choke on parts(toy sales guidelines more than actual intended sales areas). And that's up to the parents on what media they give to their kids. As many parents of the boards here have done, they've shown them the original toons anyway. Someday we may get a netflix gen 1 reboot like what was done with Voltron, but I wouldn't expect it until after this trilogy first.

You raise some good points, sir!

Come to think of it, we may have VOLTRON to thank.

The last one was the absolute worst piece of shit I've ever had the displeasure of witnessing.

I fully expect this one will be worse, seeing that the people that made it actually think they did good.

I haven't even seen CW, but the fan reviews keep me away!

And what's worse, the creators/media company/Hasbro keep referring to the show as a "success" (when it's fully intended for adults/collectors).

I think the show would be slightly more bearable, at least for me, if it ran at minimum 30fps. I know that's unrealistic and I think less than 30 would just be a bad move, but come on. This is big talk coming from a guy who hasn't animated anything above 10fps, but for machinima, it should not be a problem.

yeah. i really hope so that Hasbro & Takara could make a Netflix series.
I barely know Netflix back then, just starting to notice it when I 1st watch Daredevil and so on. Then Netflix became famous and evolved.
Then there was Voltron. So I was like, Netflix can show cartoons huh? Then there is Castlevania. Whoa.