The Transformers live action movies have often courted controversy, and the upcoming Transformers Universe Bumblebee is unfortunately no exception. Bumblebee’s solo outing is currently filming in Vallejo, where a famous mural (pictured) has accidentally been painted over.

The Vallejo Times-Herald reports that the mural’s painting over was down to a miscommunication between the city and Paramount, with Paramount issuing a full apology as soon as they became aware of their mistake and pledging to restore the mural at their own expense. Vallejo Mayor Bob Sampayan is on record acknowledging the mistake, and praises Paramount for their transparency and commitment to making right on their mistake.

Check out the original report on the Vallejo Times-Herald. 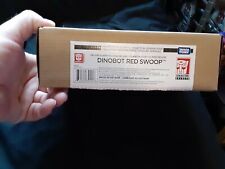 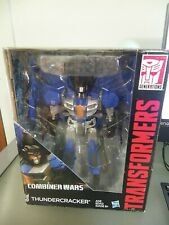 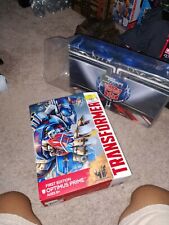 What's crazy to me is people being mad at Paramount. The building owner is the one who gave permission to have it painted over. Paramount can't be expected to know the cultural significance of a painting in a city they're just visiting.

Alvaro Garcia works on the Vallejo Rising mural he designed with a group of high school students, which included memorial portraits of several Vallejoans. The mural was painted over recently by crews from Paramount with the go-ahead by the building’s owner.

In a different article this was said.

The building owner, Mark Reed, when reached by phone Tuesday said the wall in which the mural is painted on required fixing. He noted that the wall had several cracks which needed to be patched to prevent significant structural damage to the building.

Paramount and the film's crew did nothing wrong, the fact they're taking on the expense to have it recreated shows them to be a class act. If people want to be mad, be mad at the building's owner.

No less that 70 people will ignore this entire post and continue bashing Paramount for being morons.

THIS IS A NON ISSUE PEOPLE.

Big, long plaster wall had a mural painted on it.
Big, long plaster wall developed cracks that needed repairs.
Patching cracks would damage mural- plus any other repairs that wall needs.
Mural was going to go away.
Along comes Bumblebee.
Movie production deems mural inappropriate to the movie for aesthetic and possibly legal reasons.
Building owner says to go ahead and paint over it since it's coming down anyway.
Paramount pays building owner; he can apply that money to building repairs.
Building owner has no problem with repainting the mural there later.
People pitch a fit that mural is now a blank wall.
Building owner gets a lot of grief over it.
Building owner changes mind about new mural being put up on the same wall because of the hard others gave him over it.
Paramount comes back to town and says "sorry" and offers to help replace the mural. But somewhere else because the chronically outraged pissed off the building owner.

In the end, it was the people that damaged their mural more than Paramount.

I'm going to repeat these posts, not that it will help, I guess some people need to rage and be angry about anything these days I guess.

But yeah, it's unfortunate about the mural, but time marches on, buildings get old and need fixing. The mural was going away anyway because of the wall/building needing fixing.

I agree that those things exist in the movies in an unapologetic fashion but is it controversial? It almost seems like we're elevating the importance of these movies by saying they create controversy. I guess, from my point of view, if Michael Bay actually produced something artistic or thought provoking then I'd be ready to label his work controversial (if it warranted it). But these movies are not controversial. They're polished action sequences strung together by nonsensical plots, poor characterization, lowkey racism and juvenile titillation. Calling them controversial would be an insult to actual controversies, lol.

The mural was coming down for repairs to the wall.
Before all this hoopla the building owner would have allowed it to be put back.
Now, after all the hoopla he has reconsidered, and people now have to look elsewhere to repaint the mural.

Now imagine that the owner would keep this ugly piece of something untouched and then, one day, plaster would crack and fall on someone.

Well obviously that would be their fault for getting in the way of the city's cultural landmark!

The only people who did wrong are hysterics making personal attacks against the building owner.

His property, his choice. Even if he wanted to paint it pink with bright green dots he'd be absolutely right.

Because it has "sentimental value" and "muh feeelings" isn't really an excuse for acting silly because the mural is no longer there.

This "art" (a generous way of calling it, really) would be gone anyway during repairs.

Now imagine that the owner would keep this ugly piece of something untouched and then, one day, plaster would crack and fall on someone.

But Paramount did nothing wrong.

It represented a few people who had died in accidents I think.

Yeah actually i just remembered to read all of the OP.

Well it's a bit sad for the families involved, but Im sure paramount can fork out for a nice bumblebee shaped plaque with the names engraved. Certainly less of an eye sore!

What exactly did the mural represent? Maybe the Mayor hated it, and saw a chance to get rid of it!

It represented a few people who had died in accidents I think. 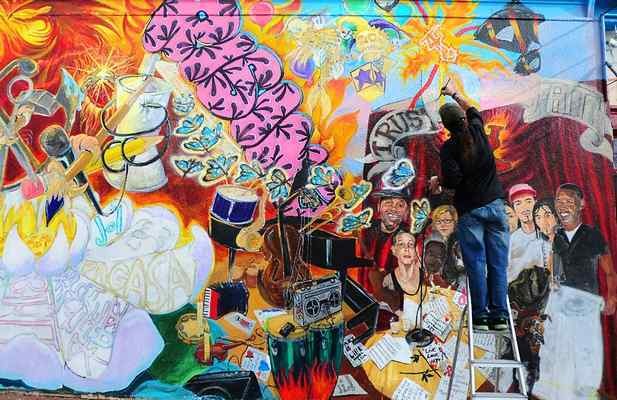 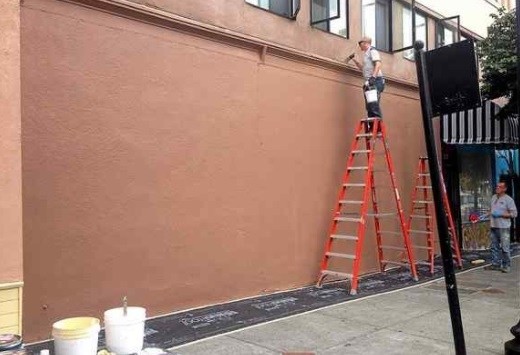 I must say the bottom picture shows considerable improvement.

Maybe the building owner wanted a free renovation and maybe something, well…

…less of an eyesore?

Due to established construction methods, we use them to hold up ceilings and roofs.

Well, that's not controversial at all, what's all the fuss about!

What is it with Americans and walls?!

Due to established construction methods, we use them to hold up ceilings and roofs.

The art is garbage. Maybe they thought it was graffiti.

I'll think of something serious aand on topic to say in a minute. I guess i just don't care about the mural enough.

Sorry for my behaviour.

Sounds like there's a chance the wall will be repaired, and a new mural will be added in the future.
Now if they can apologize to the fans about The last Knight..

Yeah, i wish someone had painted over TLK by mistake!

Imagine the awkwardness when you were a baby. Imagine being show a baby with a face that was a warrant, and being asked how cute you thought it was!

But my face is a warrant.

I'm going to fire your face.

But my face is a warrant.

don't worry, they'll take it in the nature it was intended!

I'm going to fire your face.

You're a sick, incorrigible man, Dan.

What exactly did the mural represent? Maybe the Mayor hated it, and saw a chance to get rid of it!