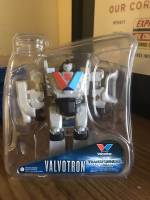 As we reported previously , Valvoline is the official synthetic motor oil of Transformers: The Last Knight, and they launched their website with an interesting promotion. If you bought some amount of Valvoline, you could upload your reciept and get a chance to win a limited Valvotron action figure or tickets for The Last Knight.

Thanks to @Drew Merkel On Twitter (2005 Boards user Sorrow Six Star )we finally have in-hands pictures of Valvotron action figure which comes in a peculiar blister.

Update: Thanks to 2005 Boards member Jazz210 we have more pictures from this Ebay auction.

You can check the picture after the jump, together with some Valvoline The Last Knight displays. After that, you can share your opinion at the 2005 Boards. 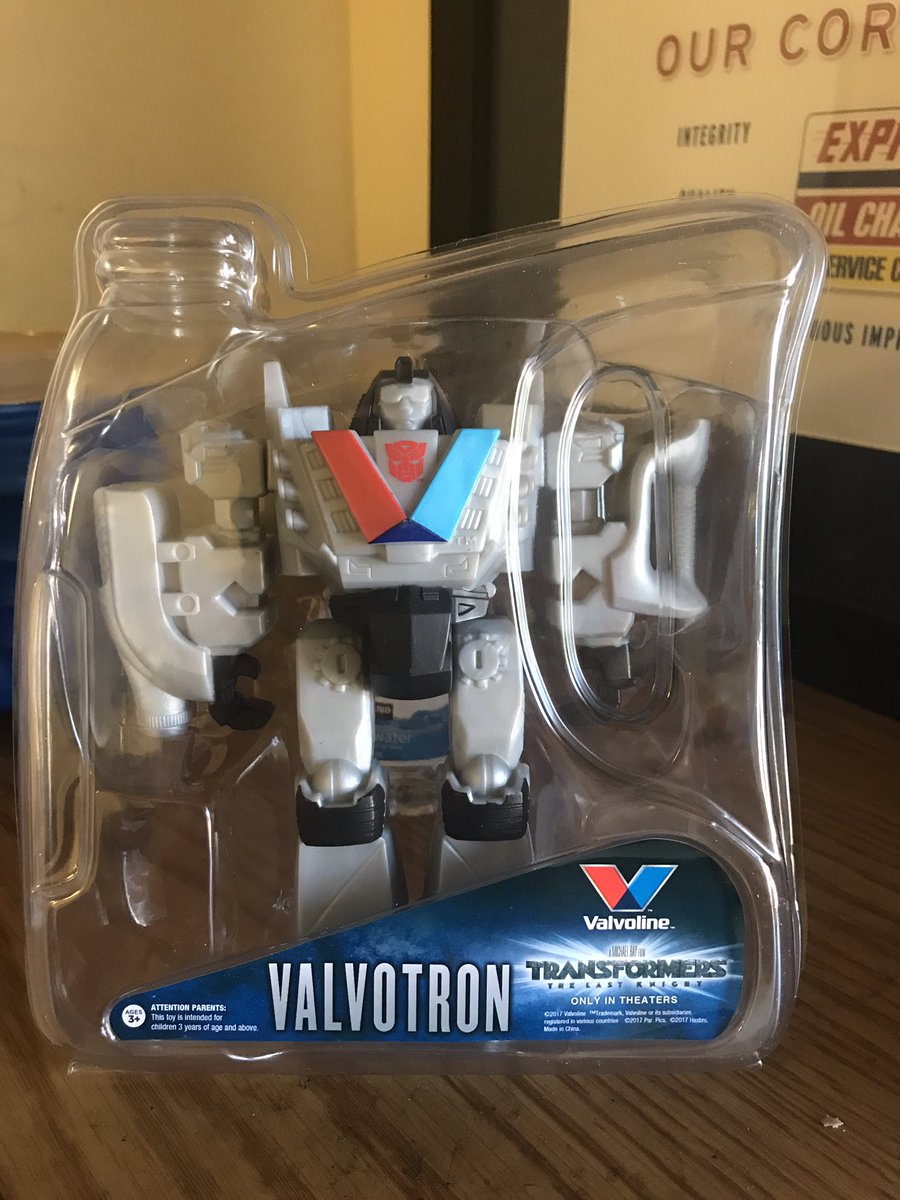 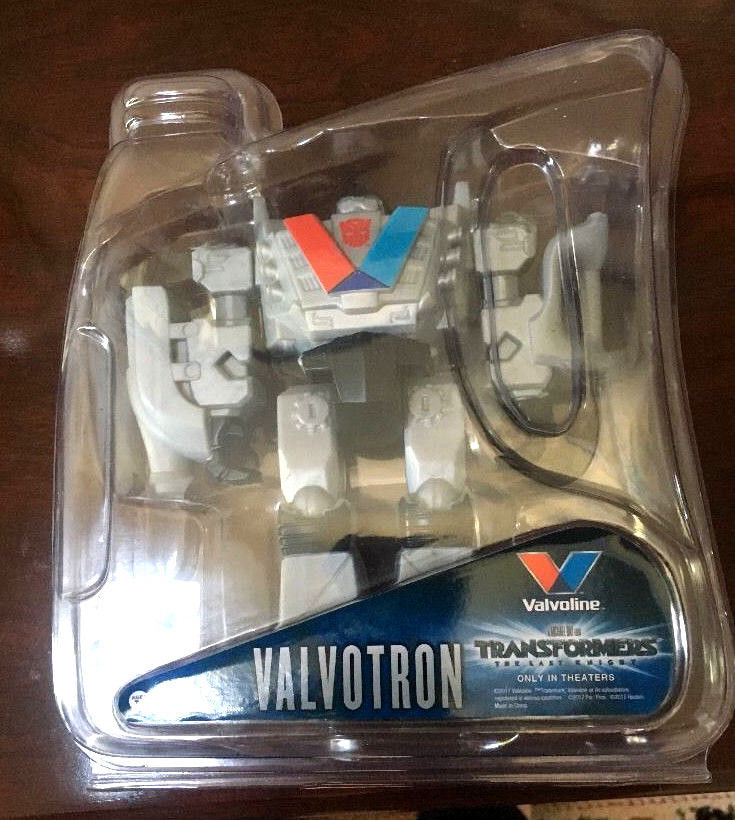 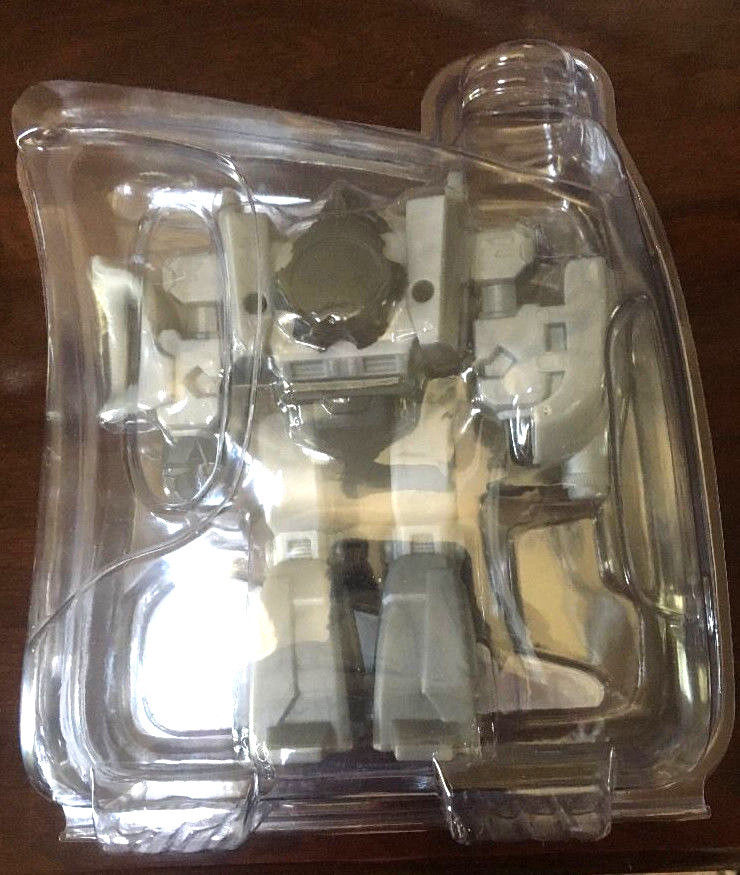 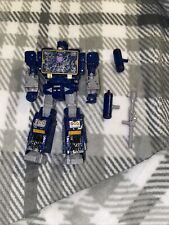 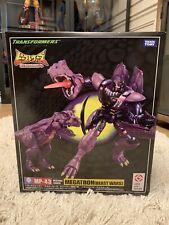 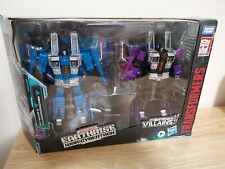 I just opened mine today, but it was delivered yestreday.

I'm a bit disapointed in the type of plastic used, especially after paying for a full synthetic oil change on a car I ended up getting rid of a day or two later. The size is nice and the blister packaging was cute. I just wish he had more articulation.

Yeah, i got mine the other day. No tracking email. Interesting figure, bigger than i thought it'd be for the style it is. Still, he'll sit on a shelf for awhile then be a toy for my kid when she's older.

I wouldn't worry too much; mine took a number of days to show up on the tracking website.

Yeah, not really worried. It did say it would take up to 8 weeks. This somehow feels like those mail-in offers I used to try to get from cereal boxes when I was a kid

They must be processing a lot of these. I submitted mine 5 days ago, and nothing is showing up on the tracker website. Well, at least not yet anyway.

I wouldn't worry too much; mine took a number of days to show up on the tracking website.

They must be processing a lot of these. I submitted mine 5 days ago, and nothing is showing up on the tracker website. Well, at least not yet anyway.

Got mine yesterday. It'll occupy a quirky corner of my collection.

Still havnt received mine. Submitted on the 12th. No word since then. From the looks of it, it wont transform but it would be cool if it transformed into a useless quart of oil.

Has anybody here gotten theirs yet? Mine's been sitting in "Processing" since May 3rd (I submitted my receipt on May 1st, but it didn't register in their system until the 3rd).

I`ve submitted my self into the drawing , but I still need to get some oil to guarantee that I get one .It even says that if you get 10 quarts you can get 2 .It`s sad because I all ready bought oil once , lol, uploaded my receipt , then it told me I bought the oil to early

Strangely, the seller ended the auction early and didn't sell it.

That said, my submission was "approved" but still hasn't shipped.

so its a non transforming figure, what a bummer.

I know right. It should change into a car or a quart of lube or something. But then it might be going for 300 on ebay lol

Update.,. He's still holding steady at 90 bucks
with 5 days left. I'm curious to see what the final bid is going to be. Btw,.,Aren't you supposed to wait until the last few min before you get really serious? Lol I hate when people drive up the bids all crazy in the first few days it's being auctioned. Patience is a virtue

I had forgotten about those. What was Hasbro thinking?

"We want the Hot Wheels audience."

One of those RPM/Speed Star vehicles with the robot molded onto the bottom of the vehicle mode.

I had forgotten about those. What was Hasbro thinking?

seriously, Valvotron needs his own movie, titled 'The Last Action Master' (yes its a play on both The Last Action Hero & the current Bayformers title).

That's a guarantee it would be better than the Bay films

Huh. Is there anything more pointless than a Transformer that doesn't transform?

One of those RPM/Speed Star vehicles with the robot molded onto the bottom of the vehicle mode.

so its a non transforming figure, what a bummer.

Yeah , I saw this on Ebay . Thought to my self how crazy things get when folks get a tiny taste of some thing and flip out when all they have to do is wait

No kidding,.,. I wouldn't mind one but I'll wait. It will go good with my misb collection of random shit like Nike megatron