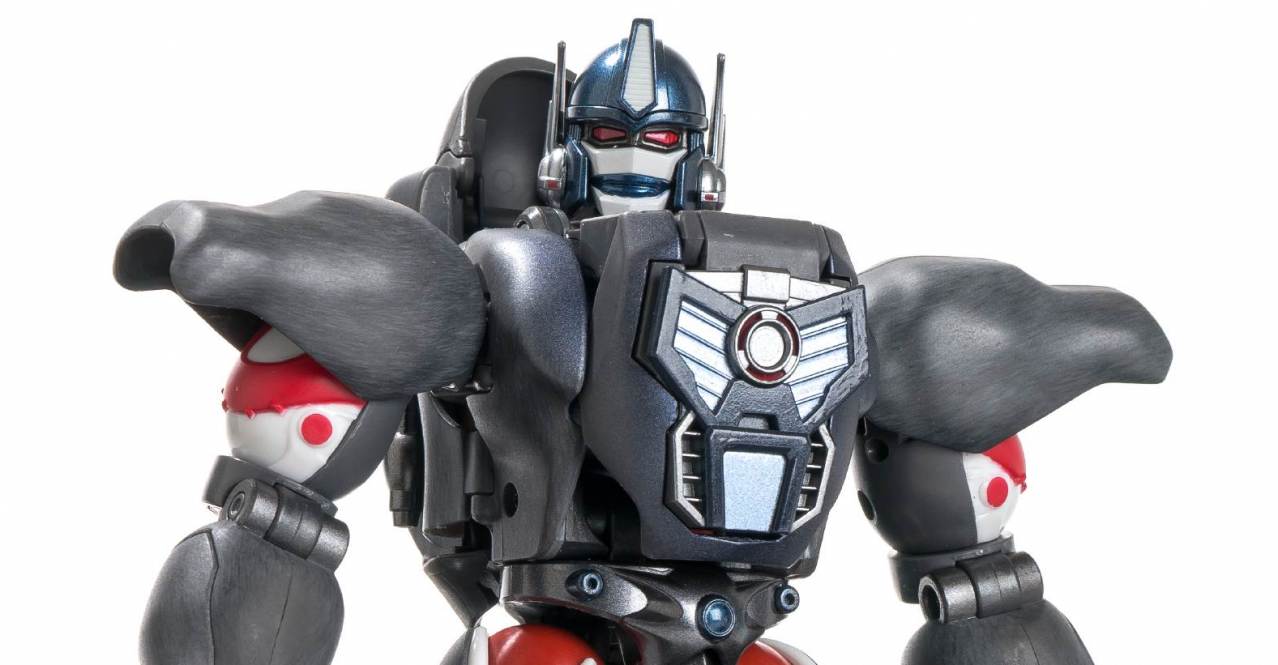 BEAST WARS! MP-32 is hitting boxes worldwide now and the (Masterpiece) Beast Wars have begun! Optimus Primal aka Beast Wars Convoy is the first of the new angle for the MP line, giving a non-G1 era the first proper Masterpiece treatment. This is Optimus Primal’s original form, as seen in episode 1 of the show and used throughout the first season. He runs small for Masterpieces, similar to the size of the cars, but working perfectly in scale with recent voyager and deluxe releases for Rhinox and Rattrap. He is a stunning piece if you are even remotely down with Beast Wars, solid from head to toe.

We’ve done up a detailed gallery so head on over to Reflector @ TFW2005 and check out 120+ images of Primal in action. MAXIMIZE!

Of Note: Reflector @ TFW2005 is our new image focused toy gallery, is mobile friendly, and you can swipe through the whole set at once.

I tend not to go into full reviews here, our fans on the 2005 Boards are more meticulous and detailed than I will ever care to be. Just wanted to clarify my thoughts on this guy. Really awesome piece. Haven’t had this much fun with a Transformer in a while now. That stems from it’s great engineering which is very similar to the original – just more refined, it’s attention to show accuracy in ape mode, and it’s nostalgia factor. They nailed it on all fronts. Messing around with it immediately took me back to the late 90s and my Transformers revival. Say what you want about Beast Wars, but it’s what sparked a lot of dormant fans back into the fandom, back to G1, including me. I yearned for G1 then, but I appreciate and welcome Beast Wars and it’s Masterpiece offerings now.

We have Cheetor up next. Assume Tigertron and Ravage are coming via repaints. I really hope they continue after that. A proper in-scale Dinobot, a first gen Megatron to match this would be great. After that, getting us some other show characters in standard deluxe or voyager scale would be appreciated. New molds for Scorponok, Terrorsaur, Windrazor, Quickstrike would be nice. They had poor or out of scale offerings the first go around, and could easily be repainted and reused repeatedly in other lines after their offerings in a Beast Wars Legends line. Bottom line, for those that appreciate Beast Wars and welcome the MP Primal – we really want an in-scale, modern line up of show characters. We are on the way, but it’s up to Takara-Tomy and Hasbro to follow through. That would be just Prime!

Enjoy some key shots here, more below, and full set of 120+ here. 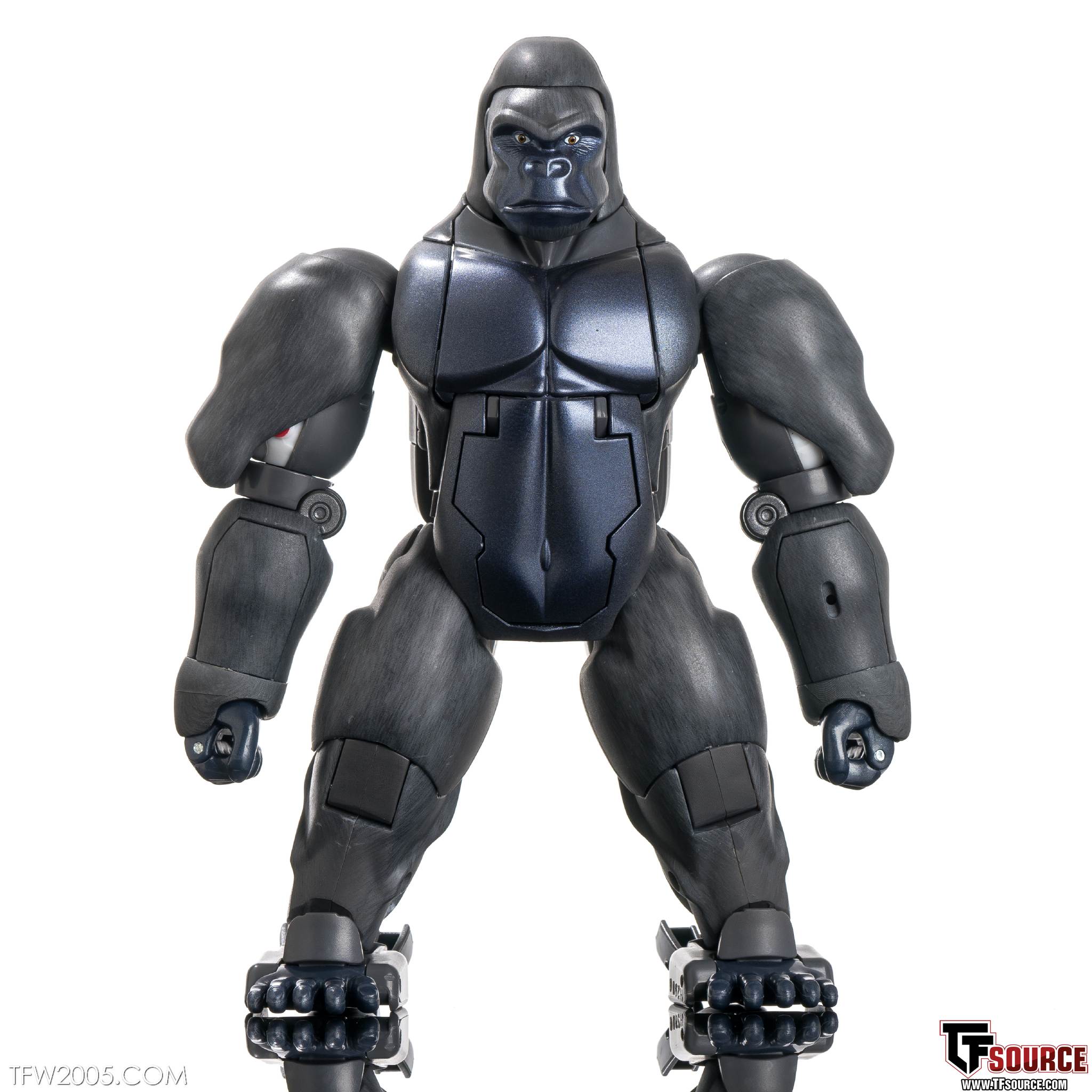 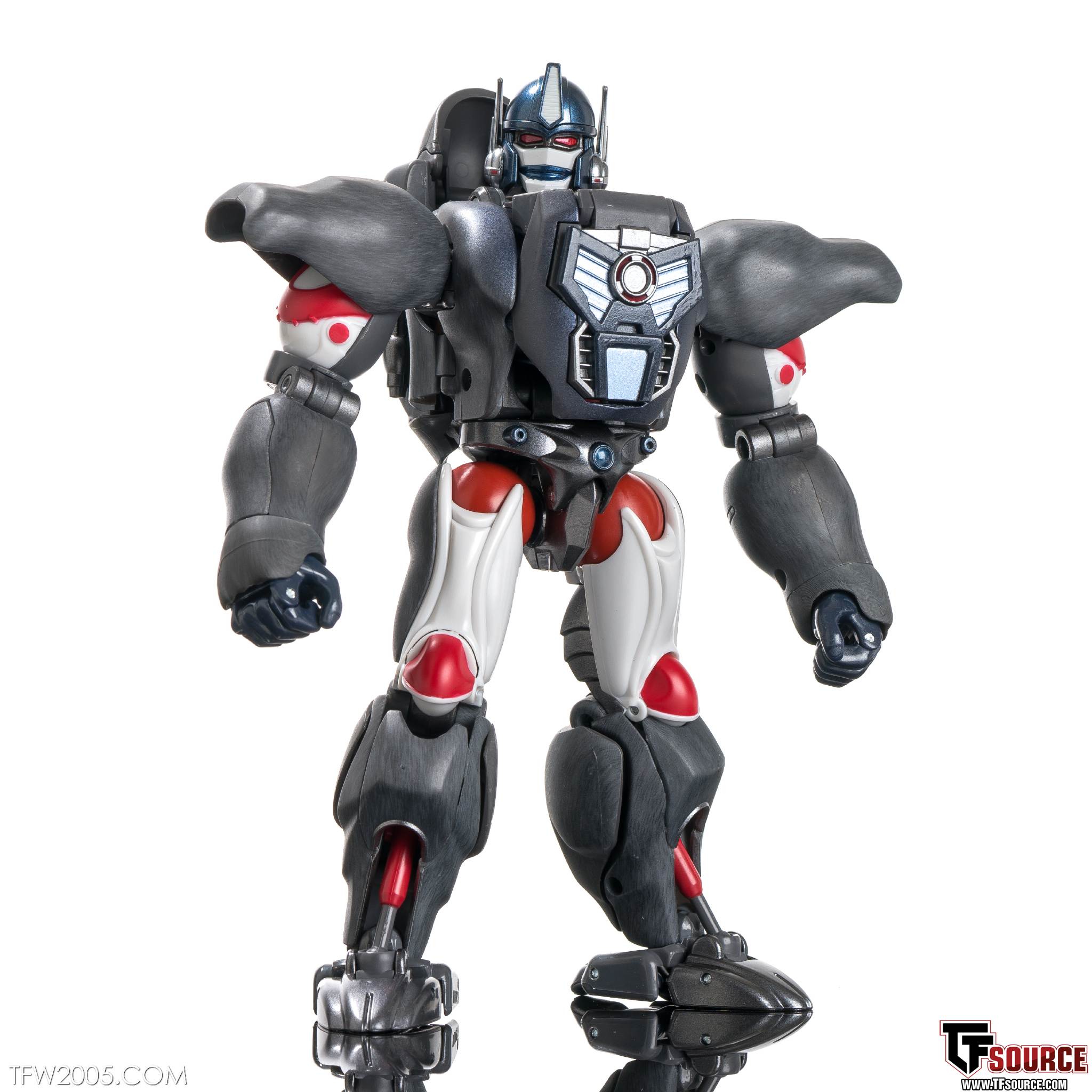 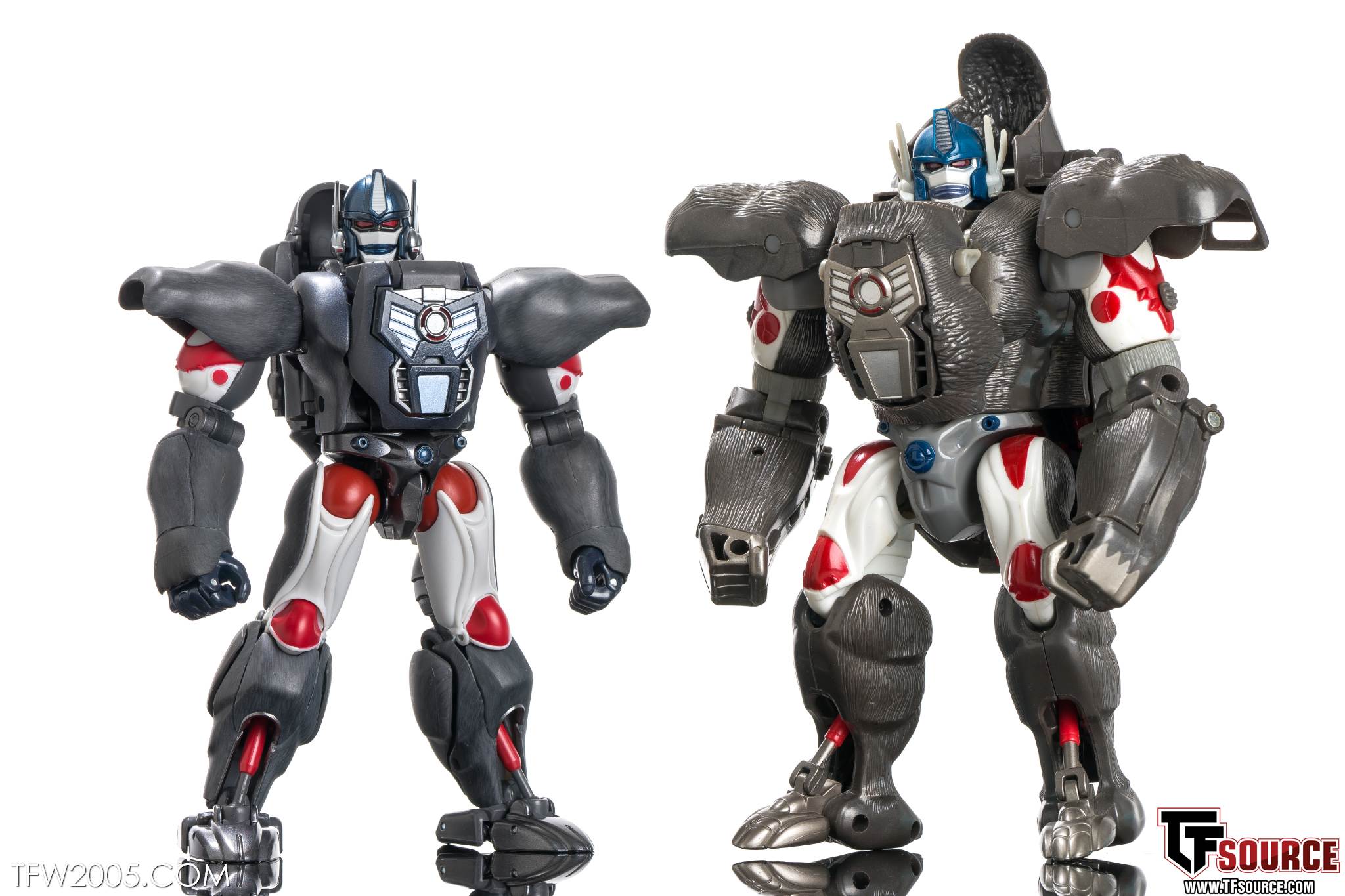 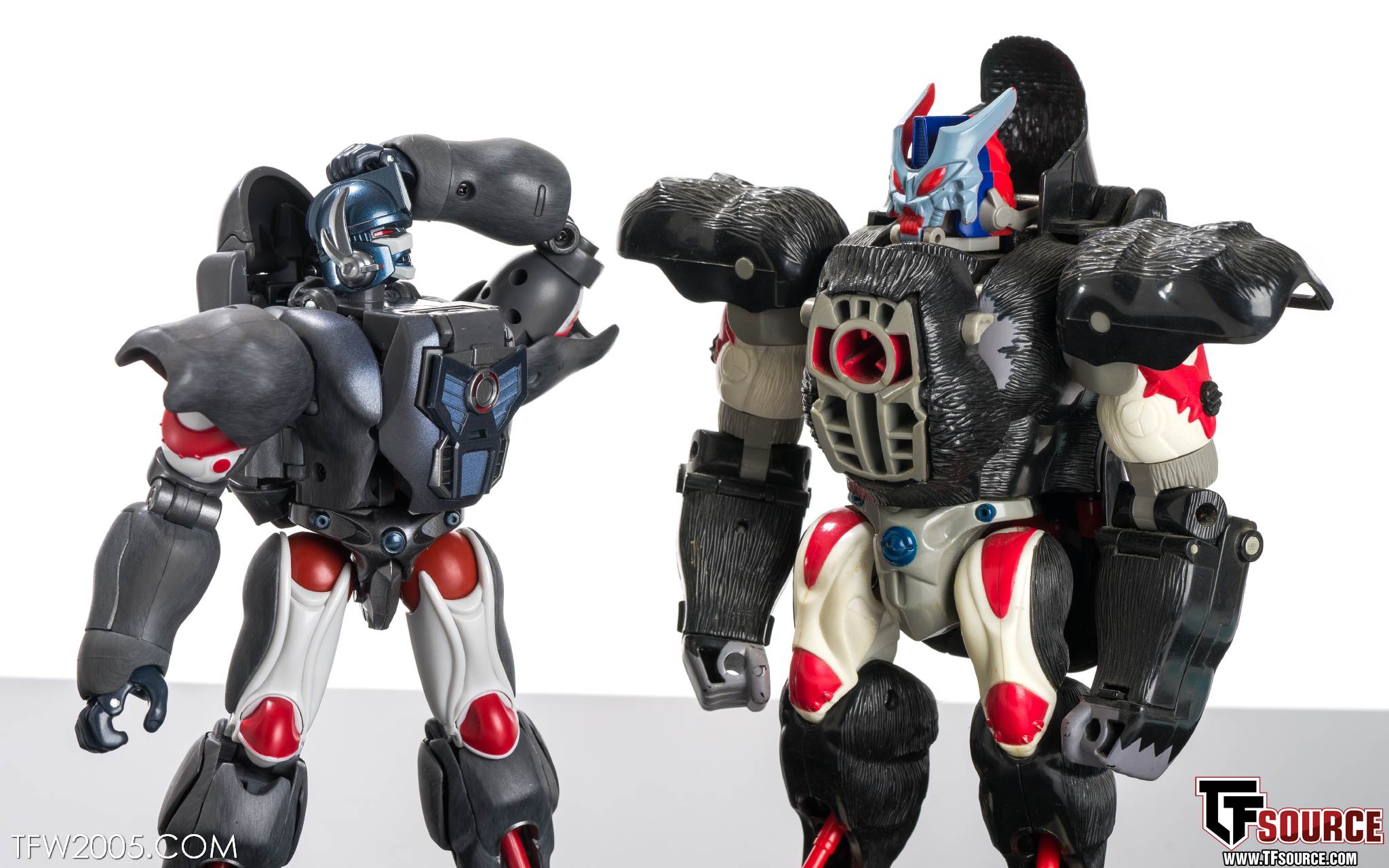 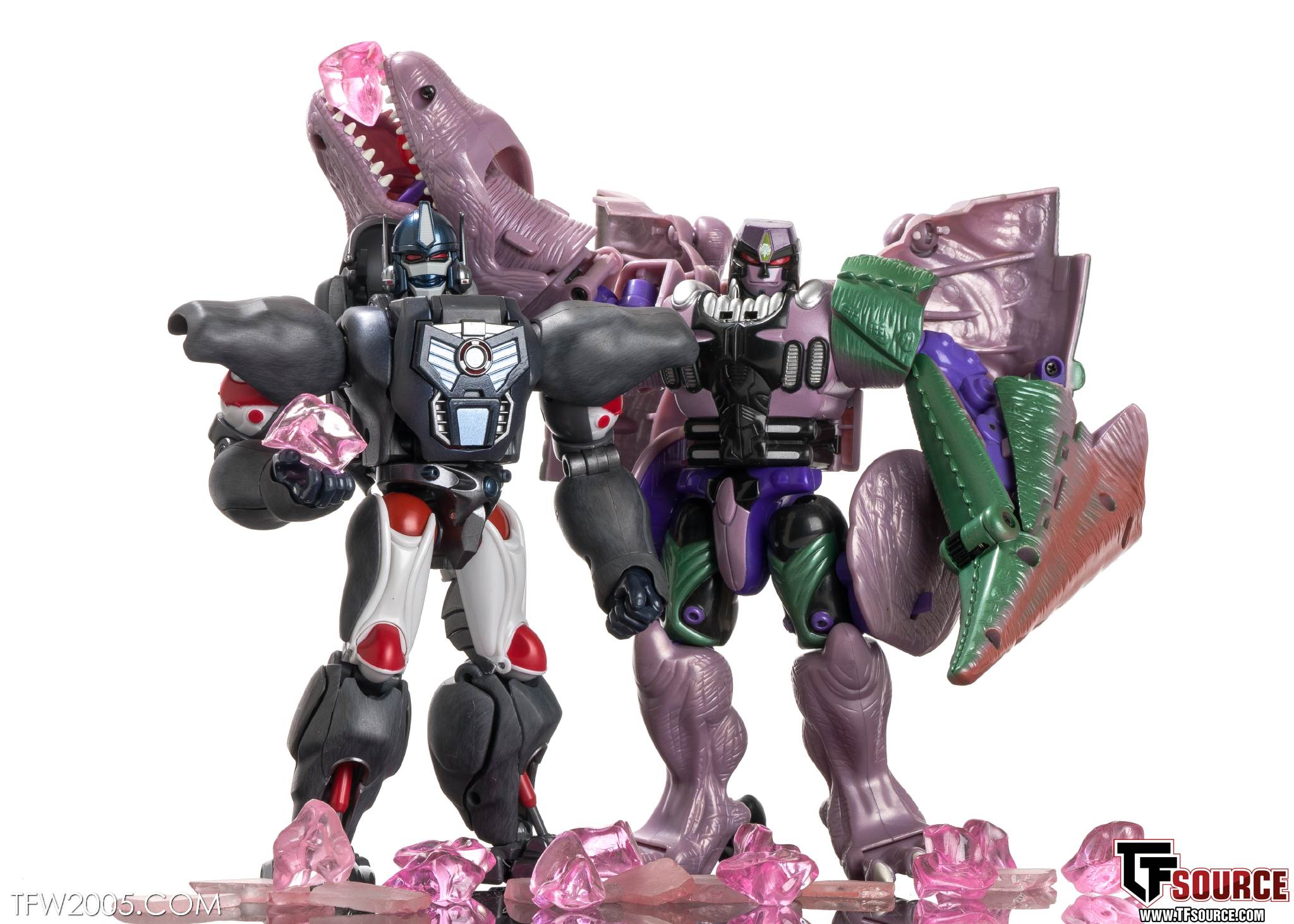 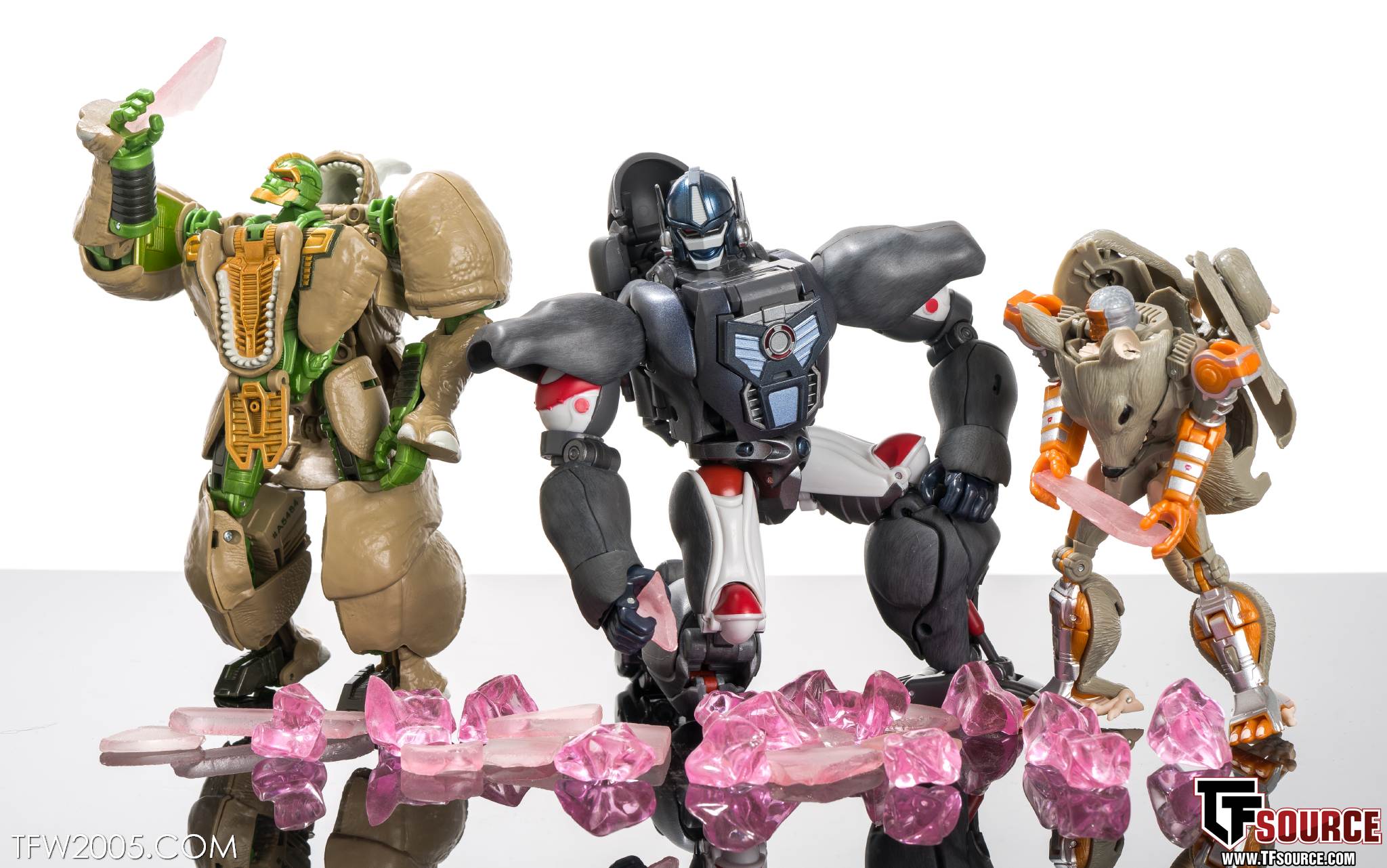 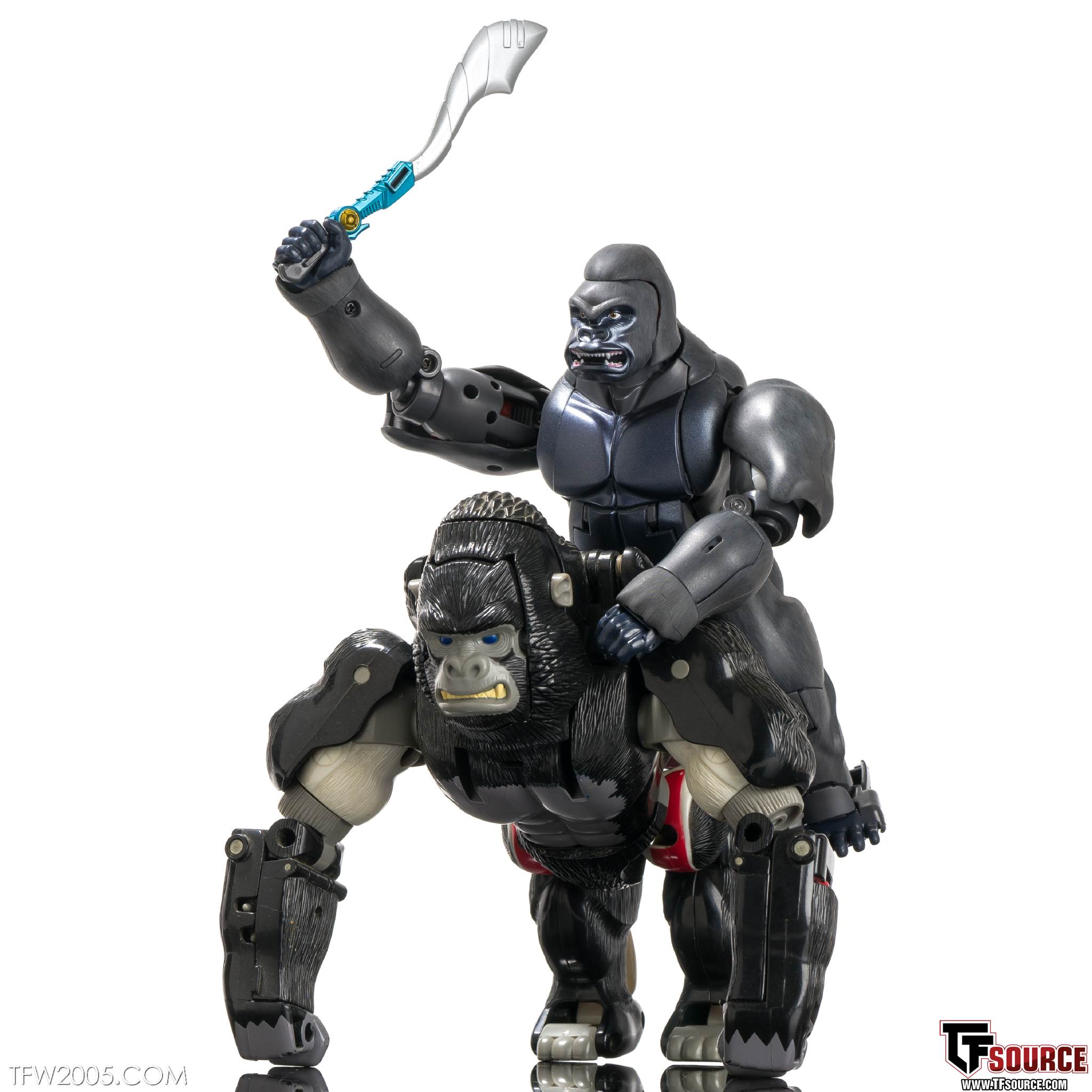 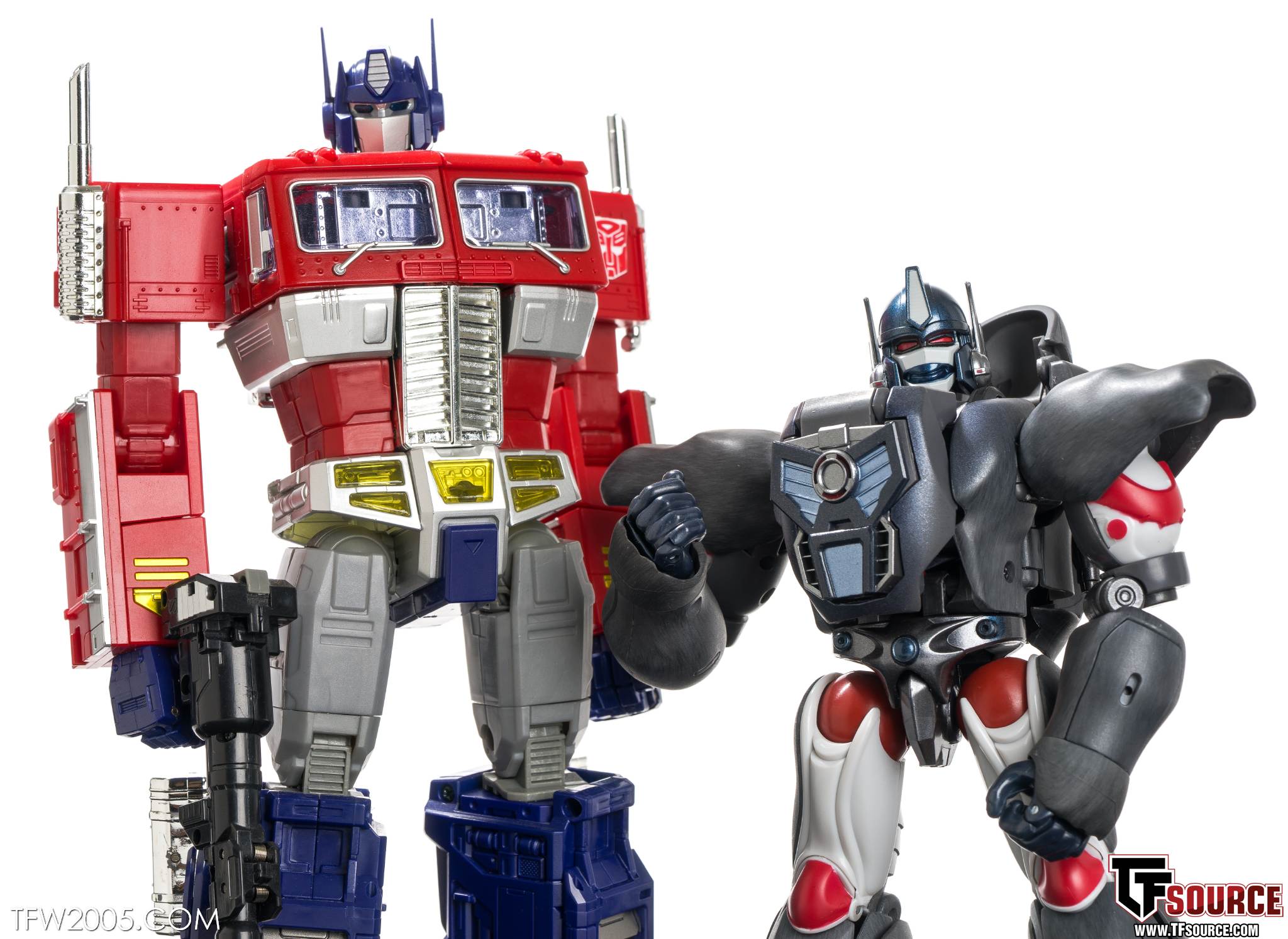 Good to know – Thanks

Yes, on the left is MP Primal, on the right is Takara's 10th Anniversary Beast Wars Reborn 2-pack repaint/remould of the original ultra class mould.

That's the 10th Anniversary figure; a retool of the original.

And you're a super moderator? Tsk tsk.

I wish they gave it soft goods and made him a fur covering instead of the 90's CGI plastic-y skin.

I can't get over how good this guy looks. So accurate!

Dicks out for Optimus?

The paint job really sells this piece and is amazing in hand. Very happy with it.

I can't get over how good this guy looks. So accurate!

I think I might have to get Masterpiece Harambe…I mean Optimus Primal.

Dicks out for Optimus?

I think I might have to get Masterpiece Harambe…I mean Optimus Primal.

Nice gallery. One shot that I personally feel is missing (I might be alone but oh well) is a group shot of all the Cybertron leader characters which is how I feel every time one gets release. MP10, MP9, MP22, MP24, and MP32 all in a group shot is something I really want to see especially since I lack an MP9 so I won't be able to do it even when my MP32 comes in.

G1 is a continuity family when it comes to TakaraTomy's stuff. But… Whatever.

As for the price… I can see reasons why it costs that much. But I also see reasons for fans who want it to hold off until it can be bought at a lower price.

So I can just suggest that somebody find a site that has it for less. But that is just a suggestion from me.

Really looking forward to getting this one in hand!

Except, having the figure in hand, I can't think of any elegant solution to covering the white backs of the legs beyond just big ugly fur-coloured covers that wouldn't have anywhere to go in robot mode. And you don't see the white legs except from behind anyhow.

I say it all the time, but when you figure Primal, as an upright standing beast, has no places he can really hide his robot mode kibble the same way a car can hide it on the underside or wrapped up in a shell, he conceals his robot mode remarkably well. On top of needing to be accurate to the CGI model that took a lot of liberties.

Perfection? Perhaps not. But it's near as perfect as physically or reasonably possible.

I didn't mean the upper (white) legs, but the lower legs. The robot toes fold back under the beast feet, displaying two sharp "spikes" on each heel. I think that the feet clips have been double folded under each beast foot, out folder over the lower leg.

Anyway, maybe a third party will make covers for the white upper legs, if people want them?

I wish they gave it soft goods and made him a fur covering instead of the 90's CGI plastic-y skin.

To me it\'s like an upscale of the robotmasters figure.
It\'s Waaay overpriced should of been priced at or around $70 and has fugly elbows for being a masterpiece. I feel like the shoulder pads could have been made to snap over his arms instead of just sitting over like the other versions.
overall it\'s a good looking figure but due to price I\'ll pass. The figure and accessories son not justify the price.
MP 10 is $160 and comes with alot more then this gorilla it\'s $130 price tag