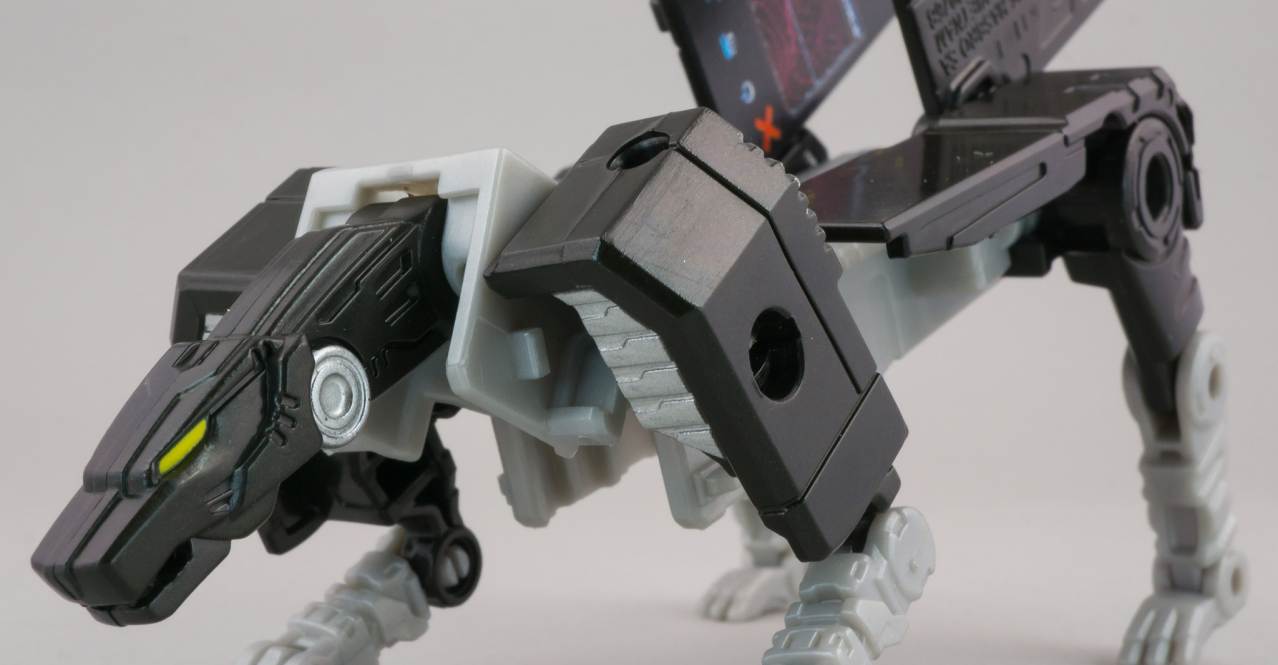 One of the most iconic of Soundwave’s minions, Ravage has been a recurring character throughout the Transformers mythos since his introduction in Generation 1. From his beginnings as the snarling jaguar enforcer / espionage agent in Generation 1 to the latter appearances as a Predacon Secret Police agent, a Terrorcon drone, a lithe alien beast, and Megatron’s companion on the Lost Light, Ravage has been a mainstay of the Decepticons, frequently appearing alongside Soundwave. This new release reimagines Ravage as a part of the Titans Return line with a modern alternate mode and a third jet form. He’s a remold of the Autobot Stripes, with all the good and bad which comes with that. Check out the photoshoot linked below:

I like how the figure incorporates the Titan masters. Only justification that comes to mind in reference to vehicle mode. I think there\'s potential for a 3P company to rearm these lacking scouts as well. Needless to say, if you fldont like it, don\'t buy it. I enjoy new figures and lines, and as much as this ravage suffers, he fits right in with the Titans Return line.

Ravage is another new entry into the Titans Return line, and he's a definite improvement over Stripes, though still my least favorite of the three updated cassette Legends.

And check out the full gallery here: Ravage – Reflector @ TFW2005 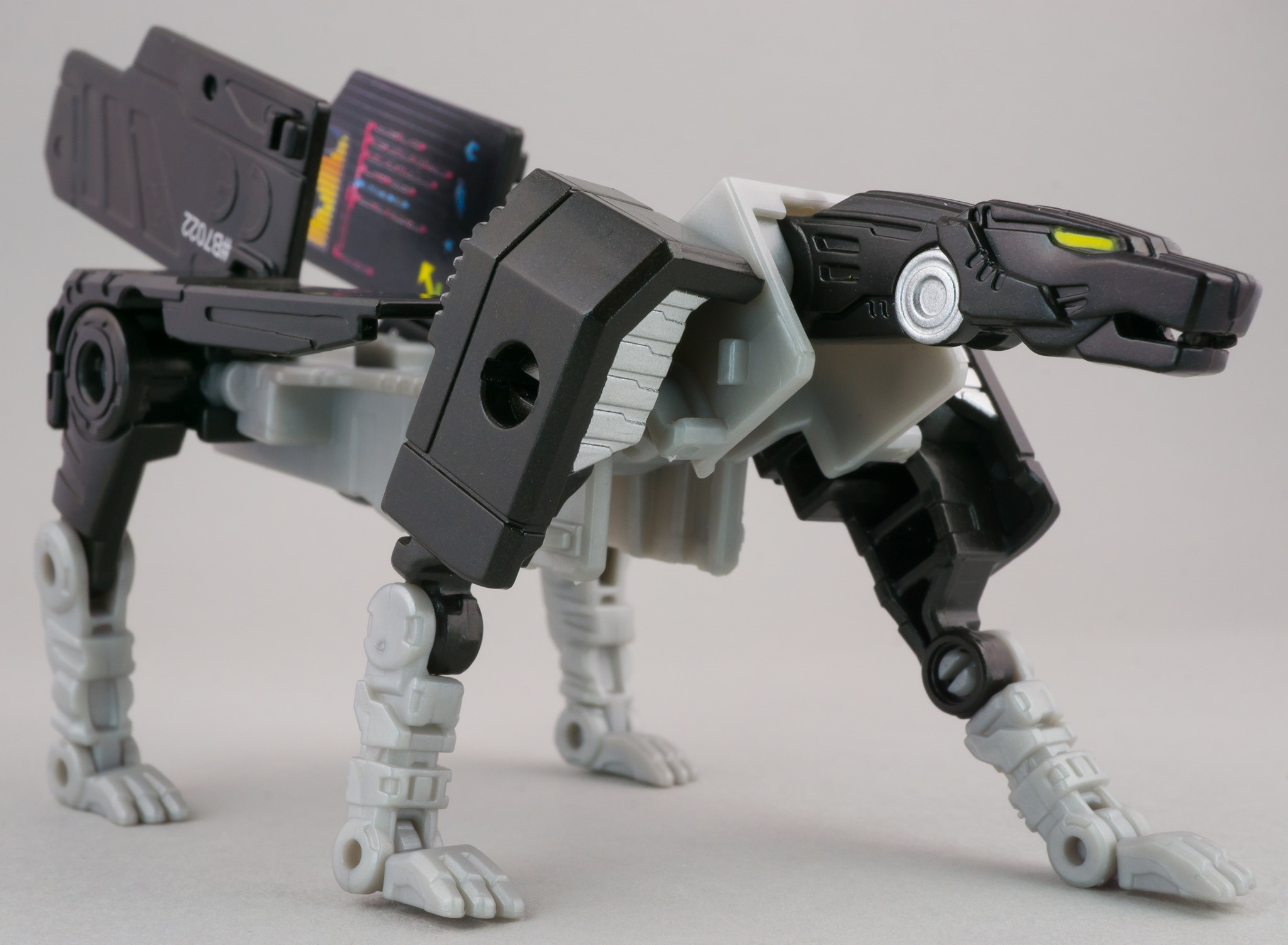 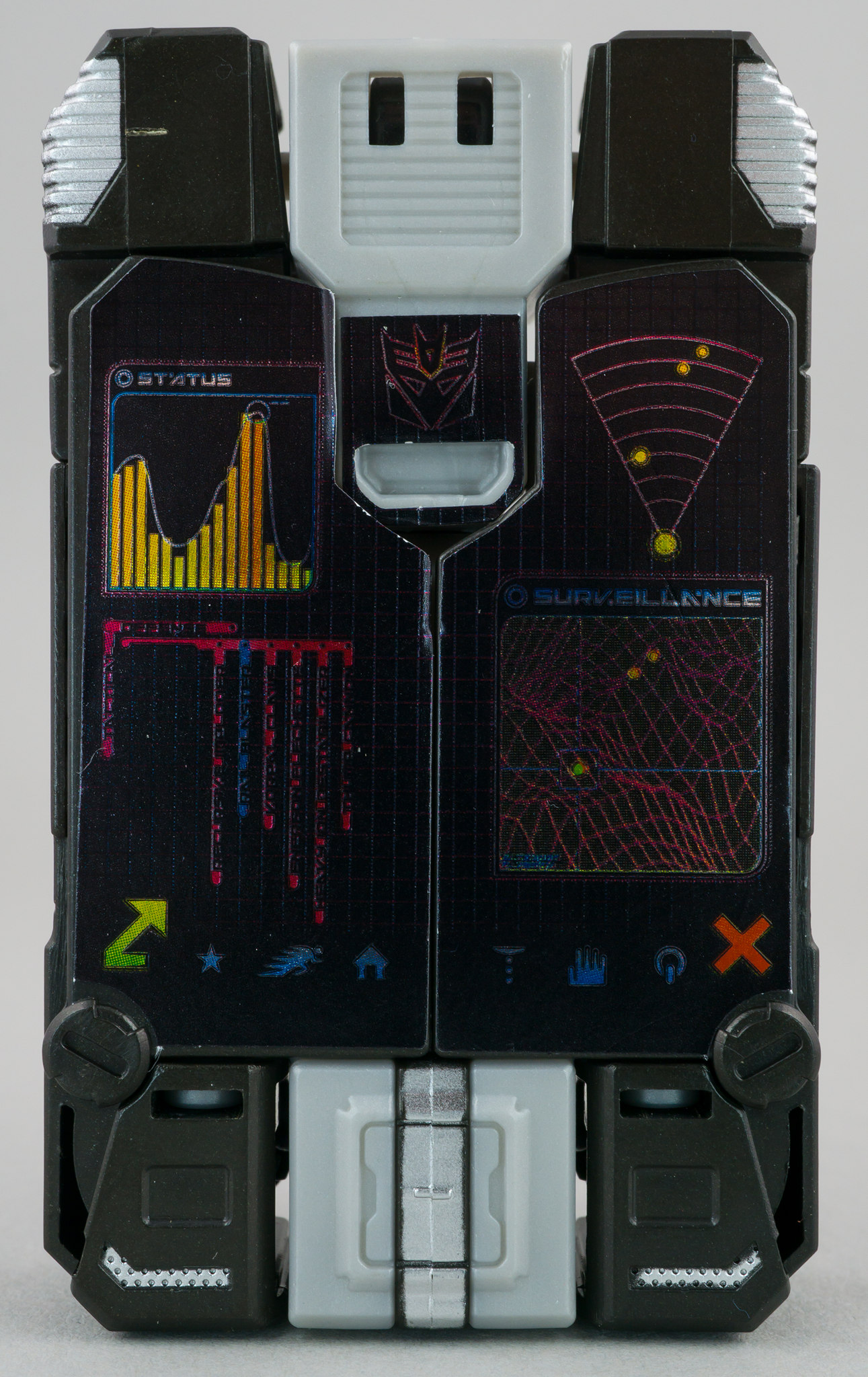 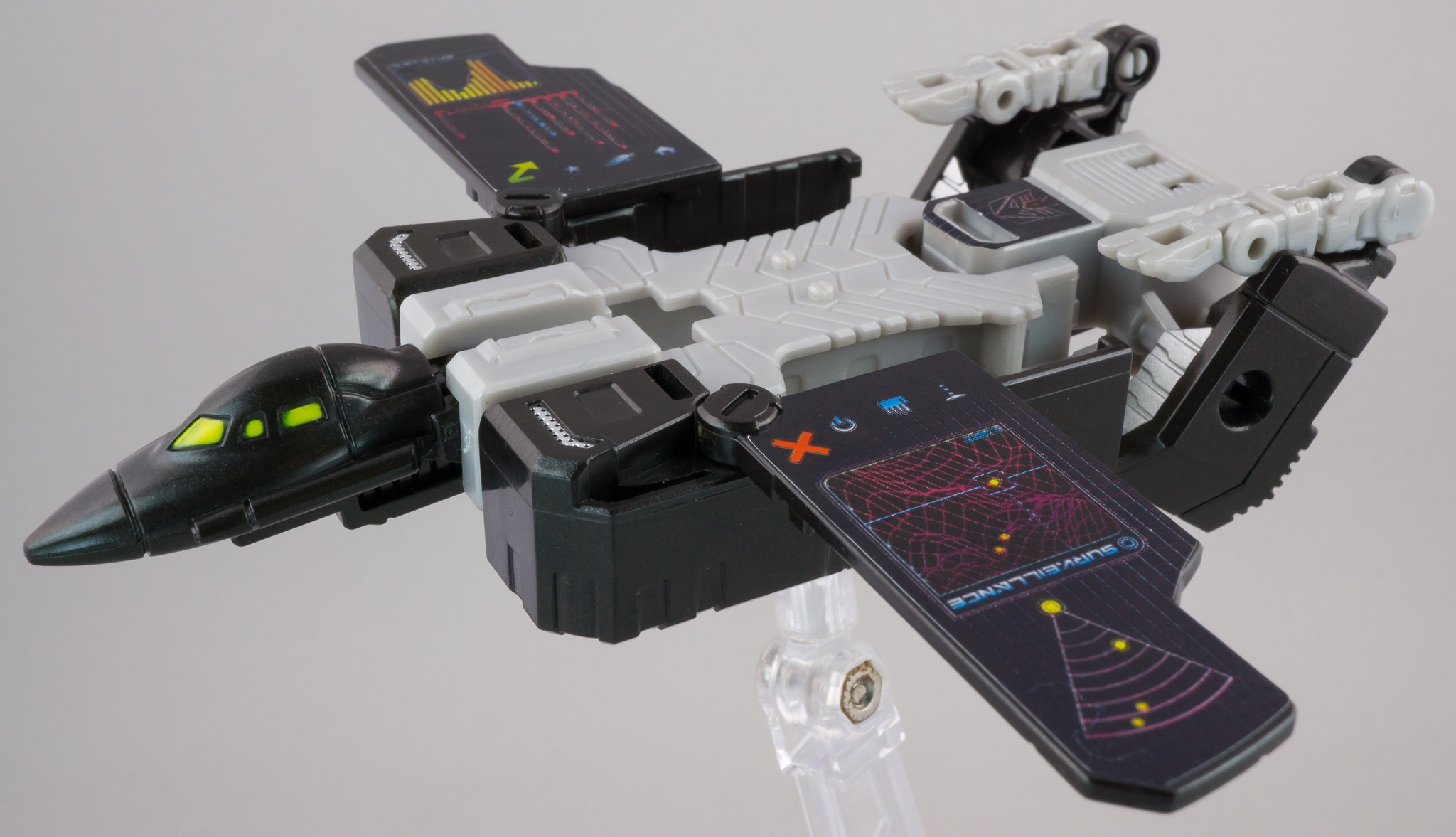 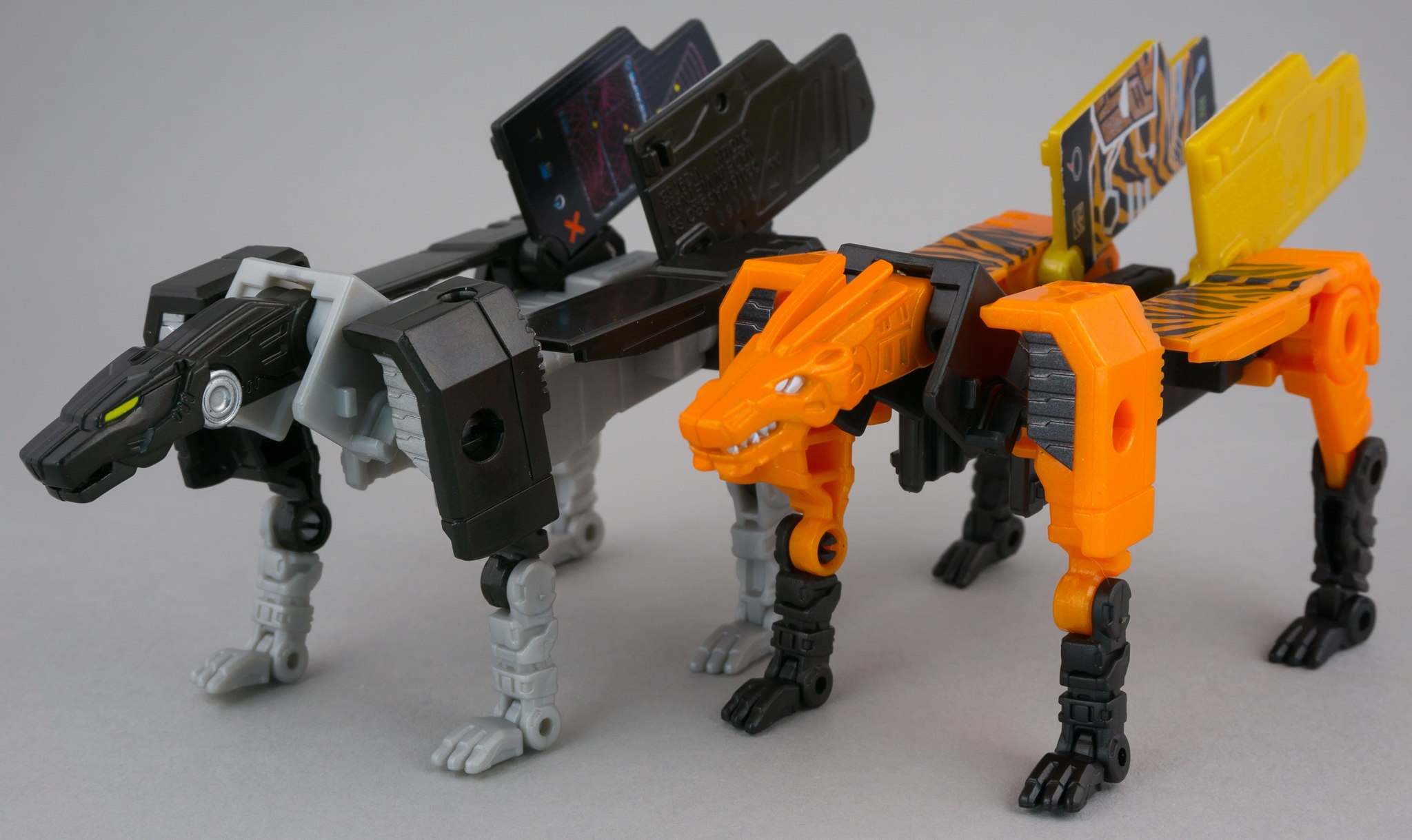 I'm still on the fence with this mold but your pics make him look rather desirable.

The third mode really cripples the bird and tiger molds. It's a shame,

Honestly, they should have just forgot about doing a vehicle mode and they could have done so much better with this guy. Or come up with a different vehicle that didn't create such problems with the Jaguar mode.

yeah, like i said in the Laserbeak thread, i really think being triple changers hamstrung the neo-Cassettebots: none of the vehicle modes are that great, and all are suffering in their robot modes because of them, even the biped mold (which certainly works the best) ends up with clunky forearms and the tank treads on the leg because of the third mode, which, while decent, isn't anything to write home about.

This mold is hideous. Honestly, they should have just forgot about doing a vehicle mode and they could have done so much better with this guy. Or come up with a different vehicle that didn't create such problems with the Jaguar mode.

I'm not the biggest fan of this figure / mold, but he still looks pretty bad-ass.

Eager to get Ravage from my Pile of Loot.  I like his shape and I am on board with the tablet motif for Buzzsaw and the TR casseticons. I still think that a new headsculpt can make this guy into Steeljaw pretty easily as well.

I don't think he looks terrible. Definitely not a very strong figure, but I'm not going to write him off just yet. I'll be picking him up one day and see for myself.

doesn't look amazing but still decent. switch the paws with stripes and the colors will at least look better.

The third mode really cripples the bird and tiger molds. It's a shame, because the robot mold does it so well. Maybe if they had switched the third modes for the two animals, redundant as it would be? The transformations would probably be smoother that way. You know you did something wrong when you make Titanium look good.

I think this mold is bad on literally a "how did this ever make it off the drawing board much less into stores" level, but I have to admit, you managed to make him look halfway decent in that first pic up there. Also, the comparison with Stripes, man oh man was Stripes headsculpt weird.

But seriously, why, why the light grey? why not charcoal or matte-vs-gloss black if he had to be two-tone.

The lineup shot made me appreciate how brilliant the Universe 2.0 versions transformation is.

So am I one of the few that really likes Stripes and Ravage? They are just way to much fun to hate!

Nope, I like them as well. They have a lot of character and are decently posable. The flaws they have (mostly those horizontal side panels) aren't as bad in person. Not great figures, but not terrible.

This has to be my most regrettable Transformers purchase this year. I transformed it once before passing it off to dad. Universe Ravage is better than this.

The weakest of the tape bot remakes so far. Definitely suffers for the third mode, but he's still very much an enjoyable figure.

Found the figure to be rather disappointing. It seems like Hasbro has been doing pretty good with other small figures which makes it seem like they should have been able to do something better with Ravage.

So am I one of the few that really likes Stripes and Ravage? They are just way to much fun to hate!

You're not alone. I love all of the Titans return tape-bots, and I really hope Hasbro releases more.