This December will see IDW launching a new ongoing book titled Revolutionaries. This comic will spin out of the pages of the Revolution crossover which establishes a shared universe for IDW’s various Hasbro properties that it is publishing comics for, including G.I. Joe, Transformers, ROM and Micronauts.

The Revolutionaries will act as the book which brings all of the different series together, as it focuses on a team of problem-solvers whose lineup will include G.I. Joe’s Mayday, Action Man, Kup, and G.B. Blackrock – with Blackrock’s ongoing questioning of his identity being a central part of his character arc.

Comic Book Resources have an interview up which covers some of the background of how the series came about and also some of what we can look forward to as a part of the series. Check it out here. 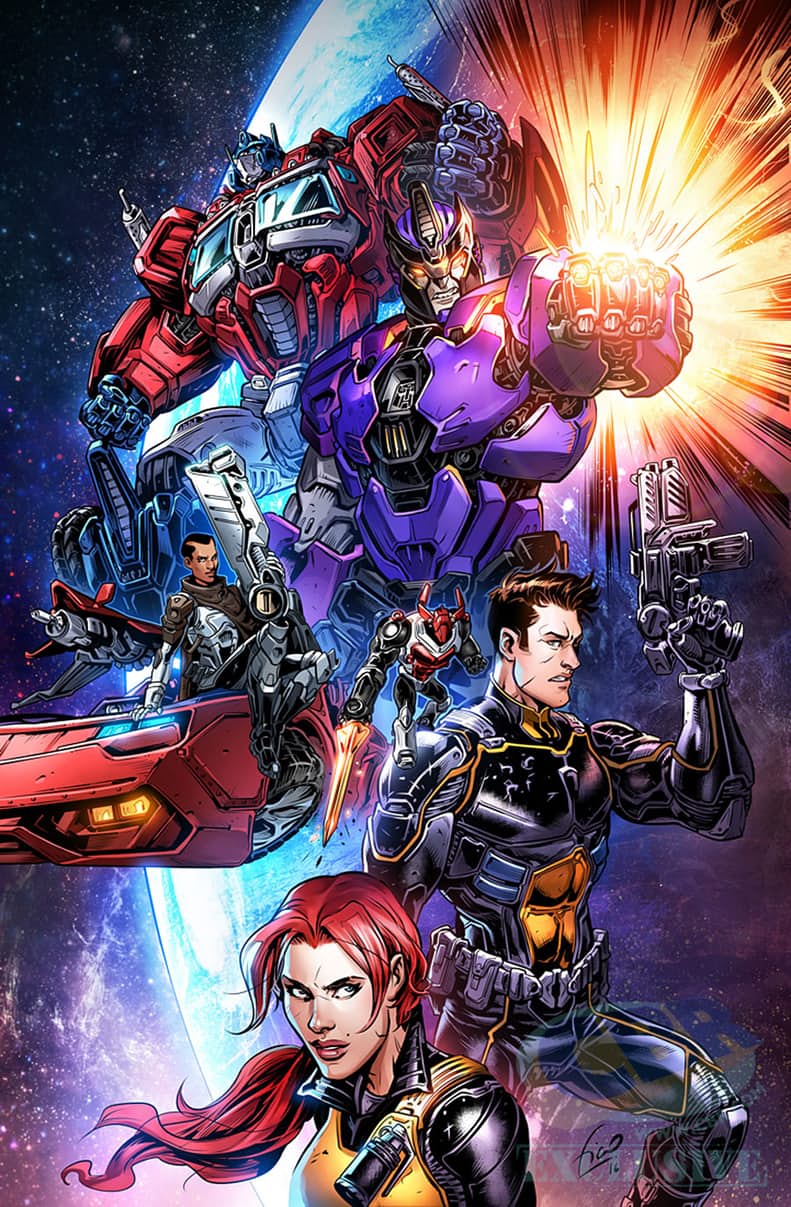 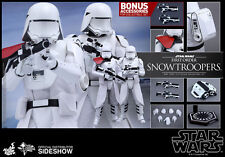 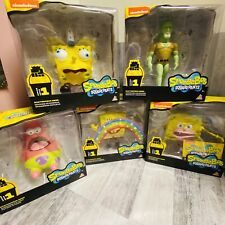 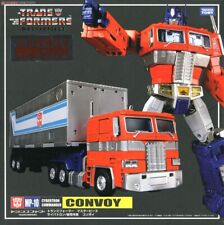 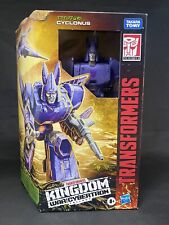 His vehicle's on the cover, but Trakker's not one of the regular team members. (and I can't say I have any problem with his race change)

So does M.A.S.K. not have a representative in the team?

I have higher hopes for this than that zombie-vampire-dead universe crossover they tried before.

These are all late 70's-early 80's action/toy properties that ACTUALLY could work together as various stages of techno-organic evolution.

GI Joe, EDC & Action Man being the most "contemporary" (but having access to vehicles that are only slightly sci-fi)

MASK being the next evolution, transforming non-sentient vehicles.

Micronaughts having access to mass shifting tech, advanced robotics and AI (actually, I never really read that as a kid)

ROM being the next stage in evolution, a biological essence transferred into a cybernetic body (but lacking any transformation ability)

And the wholly mechanal (but living & sentient) Transformers.

I heard there was even plans to include Visionaries & Inhumanoids, but I'm kinda glad they didn't.

Either way, he might get his own full-sized body at some point.

I kind of hope not, as I feel like that'd take away his uniqueness as a human-sized Transformer (who's also trying to be human) if he had a larger body he could hop on at any point. Of course, him bringing Alpha Trion's corpse to fight evil with might be worth it just for the other characters' reactions.

It does feel like they could've had a bit more variety in team members than "three ex-RID characters plus Action Man", but they're all characters I enjoy so I'm not going to complain.

Yeah, I do wish they could've had someone from Microspace and a Solstar Order knight as well. Ah well.

Didn't know what this was all about when I opened the thread. I love the black guy doing the traditional "sexy car pose"!

That's Ayana Jones of Earth Defense Command and she been in Ex-RiD working with Marissa Faireborn.

Didn't know what this was all about when I opened the thread. I love the black guy doing the traditional "sexy car pose"!

Oh, and if Hasbro can work MLP into AoE, then surely they could work it into this? I could easily see the "magic mirror" link between Equestria and the "human" universe fritzing and transporting the Mane Six to Cybertron! I'd buy that comic in a heartbeat.

It does feel like they could've had a bit more variety in team members than "three ex-RID characters plus Action Man", but they're all characters I enjoy so I'm not going to complain.

Also how is Sovereign supposed to be on the team while he's Alpha Trion's head?

Well, he's not actually bonded with Alpha Trion in the comics yet, so that might not happen even.

Either way, he might get his own full-sized body at some point. The Titanmasters in the comics don't seem to have to be a pair of Transformers – the bodies don't appear to need to be sentient, only the heads. Although the arc is still in-progress, so who knows.

Still disappointed that M.A.S.K. won't be represented in the group. How does everyone feel about Kup being the Transformers rep in the group?

Also how is Sovereign supposed to be on the team while he's Alpha Trion's head?

She's a character in the girls' franchise JEM, which is a sibling franchise to Transformers along with My Little Pony and GI Joe.

An alternate dimension? Of course they can just be a brief cameo appearance, nothing too major.

Kinda like at the end of Transformers vs. G.I Joe?

Oh man, I was hoping Jem was gonna be part this new universe, that's a good compromise. Hope we get a crossover with Rosanna though.

But yeah, basically Jem just won't ever get affected by anything from the "main" Revolution-verse.

I think the way that it got described at the SDCC Revolution panel is that Jem is technically part of the 'Revolution-verse', and there can be little nods like Action Man's Misfits poster, but there's never going to be, like, Dire Wraiths infiltrating the Holograms or whatever because it's not a sci-fi/action story like all the others. Jem will exist in its own little bubble, safe from any scary goings-on.

I've been waiting for the Major Bludd led Oktober Guard to show up since G.I. Joe: Cobra Files ended. 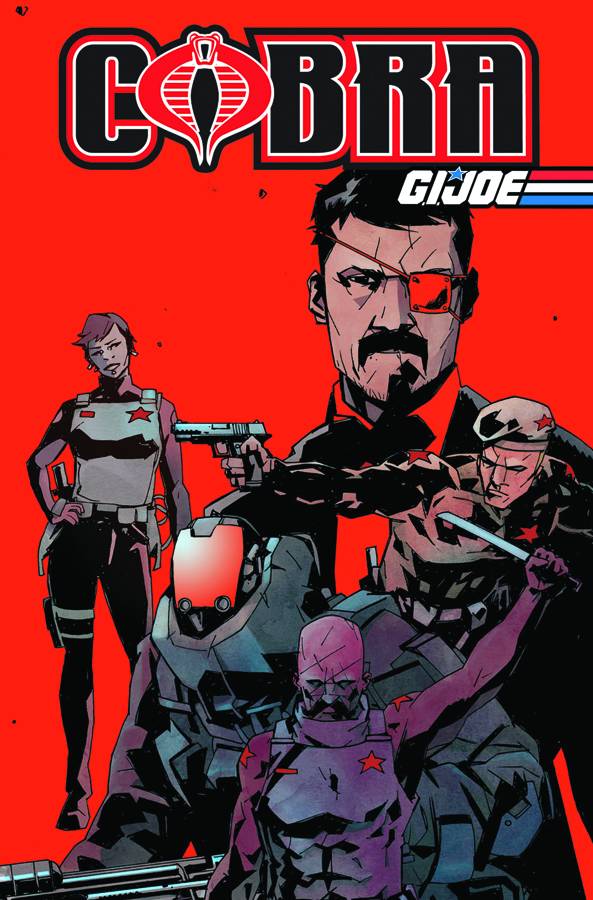 Another cover was glimpsed at Baltimore Comic Con. This book's looking more and more delightful. (although I must admit some disappointment that the Oktober Guard doesn't seem to be like their TvJ counterparts…) 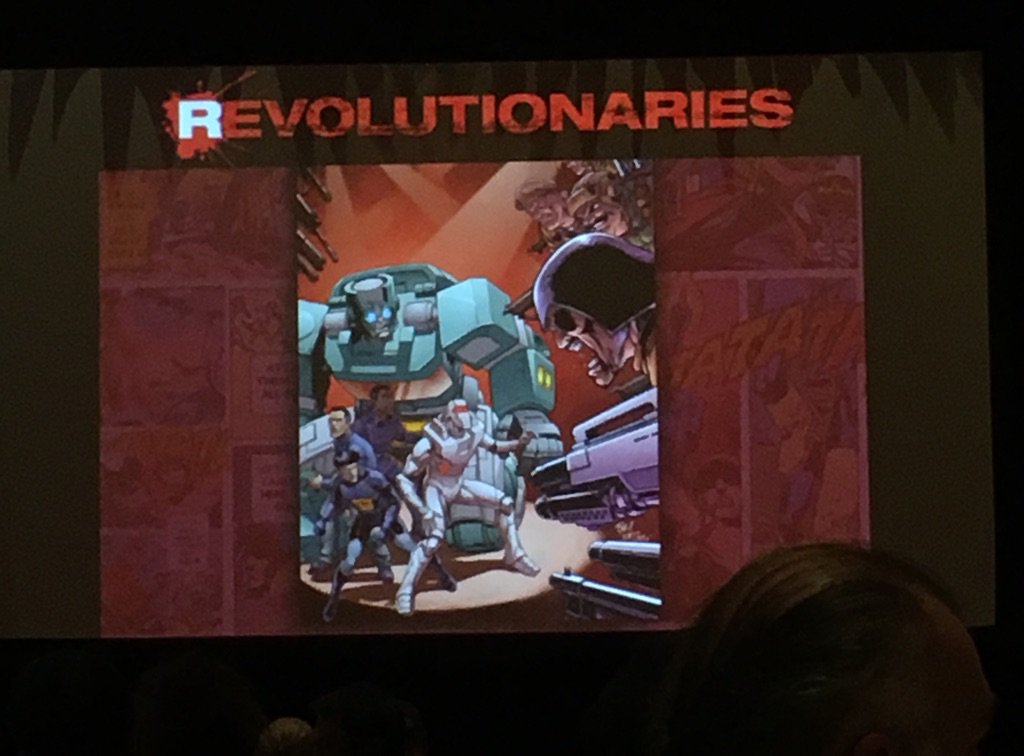 First thought, "Is that Jones? Nah, cant be. Definitely looks like a dude."

That little guy on the soldier dude's shoulder looks like Apollo Geist.