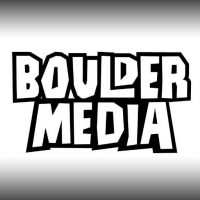 Following the acquisition of Backflip Studios which led to the creation of Transformers: Earth Wars, Hasbro has acquired another major company. This time it’s from the field of Animation.

Via a press release sent to us, Hasbro has stated that they now own Boulder Media Animation Studio who created several hit series including Danger Mouse and The Amazing World of Gumball.

“At Hasbro, we’re building our brands through storytelling, and today, we’re telling richer stories across more platforms than ever before,” said Brian Goldner, Hasbro’s Chairman, President and Chief Executive Officer. “We are also reinventing traditional modalities of animation production, both creatively and financially. With Boulder, we will deliver the highest quality animation that will engage our audiences with deep storytelling and great characters in a very cost-efficient manner.”

We don’t know what this means for the future but we are sure to see a new Transformers Animated Series down the line.

Check out the full press release, after the jump.

PAWTUCKET, R.I.–(BUSINESS WIRE)– Hasbro, Inc. (NASDAQ: HAS) today announced that it has acquired Boulder Media, a multi-award winning Irish animation company based in Dublin. Boulder has produced a variety of award-winning series for Cartoon Network, Nickelodeon, Disney and BBC. As a wholly-owned subsidiary, Boulder will continue to produce animated series on behalf of third-party clients, in addition to producing animation projects for Hasbro’s best-known brands. Terms of the transaction, which closed on July 13, 2016, were not disclosed.

“At Hasbro, we’re building our brands through storytelling, and today, we’re telling richer stories across more platforms than ever before,” said Brian Goldner, Hasbro’s Chairman, President and Chief Executive Officer. “We are also reinventing traditional modalities of animation production, both creatively and financially. With Boulder, we will deliver the highest quality animation that will engage our audiences with deep storytelling and great characters in a very cost-efficient manner.”

Founded in 2000 by Robert Cullen, Boulder is one of the fastest growing animation studios in Ireland with approximately 150 full-time employees. Boulder will retain its brand and report into Stephen Davis who leads Hasbro’s entertainment and consumer products licensing division. In February 2016, Hasbro was ranked No. 3 on Fast Company’s list of Most Innovative Companies in Hollywood.

“As one of the largest independent studios producing animation in Hollywood, the time is right for Hasbro to acquire its own animation studio, allowing us to expand our animation and storytelling capabilities even further,” said Stephen Davis, Executive Vice President and Chief Content Officer, Hasbro. “In Boulder, we have found one of the most progressive, innovative and creative teams in the business. We are thrilled to partner with Rob Cullen, Pete Lewis, Jenni MacNeaney and the entire Boulder team as we significantly enhance the execution of our story-led Brand Blueprint strategy.”

“Boulder and Hasbro have ambitious plans for growth, and working together, we will substantially expand our team and our business,” said Robert Cullen, Creative Director, Boulder. “We’re thrilled to have the opportunity to bring to life the Hasbro stories and characters that mean so much to our team, and join a company that’s emerging as an entertainment powerhouse.”

Hasbro (NASDAQ: HAS) is a global company committed to Creating the World’s Best Play Experiences by leveraging its beloved brands, including LITTLEST PET SHOP, MAGIC: THE GATHERING, MONOPOLY, MY LITTLE PONY, NERF, PLAY-DOH and TRANSFORMERS, and premier partner brands. From toys and games, television programming, motion pictures, digital gaming and consumer product licensing, Hasbro fulfills the fundamental need for play and connection with children and families around the world. The Company’s Hasbro Studios and its film label, Allspark Pictures, create entertainment brand-driven storytelling across mediums, including television, film, digital and more. Through the company’s commitment to corporate social responsibility, including philanthropy, Hasbro is helping to build a safe and sustainable world and to positively impact the lives of millions of children and families. Learn more at www.hasbro.com, and follow us on Twitter (@Hasbro & @HasbroNews) and Instagram (@Hasbro).

About Hasbro Studios and Allspark Pictures

Hasbro Studios is responsible for entertainment, brand-driven storytelling for Hasbro across television, commercial productions and short-form content. It develops, produces and distributes content based on Hasbro’s world class brands, including TRANSFORMERS, MY LITTLE PONY, and LITTLEST PET SHOP. Many of its series air on Discovery Family Channel and on networks and digital platforms in more than 190 territories globally. Since its formation in 2009, the studio has received ten Daytime Emmy wins.

On the film side through its film label Allspark Pictures, the Company has developed and produced a number of features based on Hasbro’s brands. Films in development or planned for release include OUIJA 2 (Universal), MY LITTLE PONY: THE MOVIE (Lionsgate), MAGIC: THE GATHERING (21st Century Fox), PLAY-DOH (21st Century Fox), TRANSFORMERS 5, 6 and 7 (Paramount) and the Cinematic Universe (Paramount) which includes GI JOE, MICRONAUTS, M.A.S.K, ROM and VISIONARIES.

Boulder Media is a multi-award winning Irish animation company based in Dublin. One of Ireland’s largest animation studios, it has produced many great shows for Nickelodeon, Cartoon Network, BBC and Disney, including Wander Over Yonder for Disney, and Go Jetters and Danger Mouse for BBC. Learn more at www.bouldermedia.tv/.

They do shows I enjoy I lot like Wander over Yonder so I'm looking forward to what they'll offer to the table.

Well as long as they can deliver quality work.

Gumball is not Breadwinners. They don't use stock images off of the internet. Breadwinners is overall cheap and lazy (not to mention that it also panders to the lowest common denominator by not having creative and layered humor, just fart and ass jokes). The creators of Gumball actually take photos and record videos of real life locations themselves, and then mix a variety of different animation styles and live action into it. Doesn't sound lazy to me. I feel comfortable with the idea of Boulder Studios doing a Transformers show.

I'll just say my daughter loved Danger Mouse, so if this translates into more media but with Hasbro properties, I'm all for it.

Gumball is what the evolution of Ren and Stimpy has become. A kids show targeted for young adults but disguised as a kids show. Right up there with Regular Show.

Yeah, that's one of the things I love about that show. One episode can contain several animation styles (sometimes just for one character) it's really impressive how they mesh them together.

Actually it is and the ratings show it since the show been renewed for a sixth season and hasn't even finished it's though the fourth yet. But than again I barely notice backgrounds in TV shows.

This is more for the rid forum.
Now we are at it.
I want a danger mouse crossover

They're really making a Play-duh movie???