Back in February we announced that Transformers 5 Principal Photography will take place this June in Detroit and London. Today, Acting Auditions, a popular Casting Call website is revealing the exact schedule for the movie.

Principal Photography will later move to London where it will conclude on October 15th, 2016 for the movie release on June 23rd, 2017.

Paramount Pictures (a Viacom company) and Amblin Entertainment (of producer Steven Spielberg) returns to their production duties while New Myth Entertainment (a new production company by Transformers producer Tom DeSanto) joins as a newcomer for the 5th movie of the Michael Bay Live Action Movie Series.

Check out the crew information, after the jump. Visit Acting Auditions to apply for roles and extras. 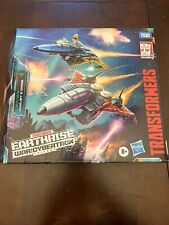 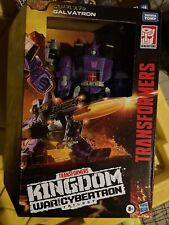 Not sure what everyone's worried about…Bay and ILM have already been working on the CGI since at least December of last year.

I've got mostly all the Autobots and Decepticons I wanted. The only one that is missing is Prowl.

Doctor Strange finished filming this month for a release of this November. And films have reshoots all the time. Look at Suicide Squad which is filming now for an August release. This isn't exactly unnatural in the film world I assume. And assuming that characters will keep the same character models some of the work is already done even if there are small edits like in DOTM. This would be ILM's 5th Transformers movie so I'm sure they have a process by now.

ROTF was only a rush job due to a lack of script which pushed production back considerably.

Oh goody, more location filming schedules. Boardies in London, give us a shout-out and try to get some on-set scoops, pretty plesae with cherries on top?!

I just so happened to buy a new camera with 40x zoom and great picture quality. Although, I may not be in London at the time since I'll be across the country for university. Depending on the day of filming I may have to come down if October is the month.

Until Bay is gone and we actually get good writing (which is possible with the new writer), his silence is a kindness.

Just my opinion, but until Bay is no longer attached to these movies sprouting his misogonistic bullcrap by way of long shots up girls butts and there is a decent story line where the robots are the stars then I will not give this movie my money. Can't believe I have so little interest in a fanchise I should be jumping for joy has another movie coming out.

NOOOO, because Bay only films all his shots at 5 o'clock in the afternoon

Gotta get that grimy orange-y look on all the people again… Oh, and then two bots will be fighting, and then BAM! it's suddenly nighttime. One of those shots in there too.

Just waiting to see what new Autobots are in this. Like to see the new cars and guess who is who or hope.

Damn. Wish I was in England. Then I could be a part of the movie.

Oh goody, more location filming schedules. Boardies in London, give us a shout-out and try to get some on-set scoops, pretty plesae with cherries on top?!

Not really. Most big movies are editing and starting VFX the same day the first dailies come in, so that's still basically a solid year for post.

Plus to add to your comment, If I remember correctly, they send off shots to the visual FX department as soon as they have the scenes in the can while they are still filming.

I thought they were going to start filming next May but either way I'll be looking forward to the speculation.

Welp, on the ride we go once again.

Here comes the hype train, man, I swear, the rumors and news leading up to the new films is my favorite part of this process, besides the release of the films themselves!

and yet nothing else for the main cast outside of Prime and Marky Mark, no wonder on any reprisals or new characters.