Hasbro is currently attending the MIPTV Conference 2016 in France along with Machinima to promote their upcoming shows. Last year we heard about the possible series length of the Transformers: Robots In Disguise series during the same conference and this year the spotlight is on Transformers: Combiner Wars.

Thanks to Flickering Myth, we have a transcript of the Digital Fronts session held yesterday.

The series will consist of 8 episodes and will debut in July.

Taking place 40 years after the great war on Earth, Transformers: Combiner Wars introduces new lore and all-new characters that, combined with the characters fans have known for decades, will bring the Transformers storytelling in a new direction.

The Autobots and Decepticons have disbanded and returned to Cybertron. With the days of Optimus Prime and Megatron over, Cybertron is now ruled by a triumvirate. However, an ancient technology has enabled a new threat, the power for multiple Transformers to combine into one massive, dangerous form: Combiners. Who will stand-up to this threat to ensure that the fragile peace that was 4 million years in the making remains?

During the conference it was also stated that the series is geared towards the adults. 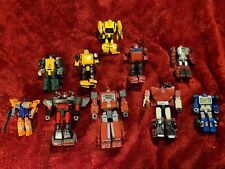 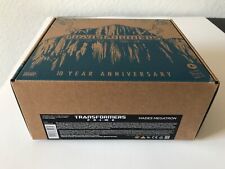 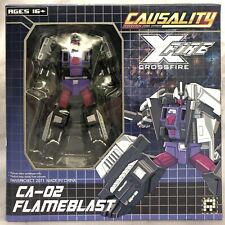 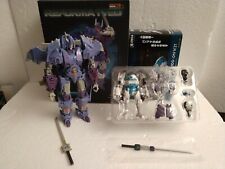 The Universe MMOG went through the same thing – huge hype early by them and by us fans (as soon as they got the license I imagine), but then months of little or no info, a winding back of the initial grand plan, with several delays, to the point of coming out after it's related material to draw in fans (TFPrime) was over.

I think it would be a shame for this to happen here as well, but all we've seen so far of this Combiner project, is a focus on a non-Combiner toy/character (Windblade) and promo artwork that doesn't even appear to be from the cartoon (where are some character renders – they should have been done ages ago and revealed to the public over the last few months, sorta like what Hasbro did in the months before the actual Combiner toys were first released)…. but once a Transformers project loses its marketing momentum (like Universe MMOG and Club projects), the fandom often turns its attention to other active things, and gives limited support to it later when it does eventually happen.

The near total lack of promotion does not instill confidence.

weird indeed that we have not heard more about it, maybe delayed ?

weird indeed that we have not heard more about it, maybe delayed ?

I had completely forgot about it

As did I, until I had a dream funnily enough. Its strange how the subconscious works.

I had completely forgot about it

They really haven't promoted it at all.

I mean the least they could do is have a trailer for it.

Huh? This series is still a thing? Meh. Wake me when they announce anything slightly interesting about it. Then maybe I'll be able to remember this exists.

Because windblade has little redeco potential and has a generations toy that already has everything the character has been associated with. Hold your horses please, unless it's 3p, then in that case, go nuts.

Thrust, Lyzack, Slipstream. granted they are not "A-list characters" and they would have to be retools, but still.

There really wasn't much in this news that sheds some light on other small plots other than a artifact that is able to make Cybertronians combine. This still might be interesting enough to watch on Youtube when the videos get uploaded though.

I'm hyped!! I love new things and I'm in love with Windblade's design. Hope they made her a bad ass. God nothing is sexier than a bad woman. I mean bot lol. P.S. 3p make me a nice MP of her please

Agreed. I'm holding out hoping the Takara RID one's got a good colour scheme but 3P needs to step up its game.

I mean seriously; its getting annoying how much G1-centric the fandom has gotten recently.

I'm hyped!! I love new things and I'm in love with Windblade's design. Hope they made her a bad ass. God nothing is sexier than a bad woman. I mean bot lol. P.S. 3p make me a nice MP of her please

Cleaned some stuff up in here; let's try and keep it civil and on-topic, folks and folkettes.

It'll probably be better than Cyber Missions though.

Depends, if it has actual honest to god voice acting and not that crap Cyber Mission considers voice acting.

If so then yes.