If the players opened the game today, they will be greeted with the following message announcing the closure:

As of February 25, there will be no further features added to the game. On 3/10, all In-App Purchases will be disabled, forums will be closed, and the game will be removed from Google Play, the Apple App Store, and Amazon App Store.

To thank our loyal players, we will kick off a grand finale farewell event featuring some of the most popular characters and items. The event will run from March 11 until the servers close on May 12. We are proud to have worked on TRANSFORMERS: Battle Tactics and hope you have enjoyed your time with the game as much as we have. 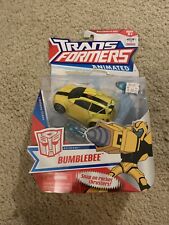 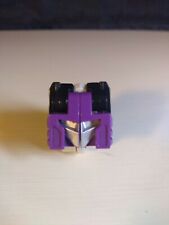 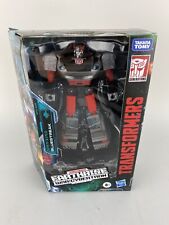 The really sad part is, a few months after the game was released, it was easier to get the actual toys that some characters were based on.

I absolutely love this.

Did you actually make this?

Long time ago, yeah. Only hard part was finding a good screencap to assuage the rustling of jimmies.

One of the biggest problems I think this game had was that while they were constantly adding more characters (just like legends), there really wasn't much in the way of uniqueness outside of their skins. Build a balanced team? Build a fast-attack team, build a team of heavy hitters, etc. Hell, a lot of that fell out the window because you'd just end up using your highest ranked or newest characters. Just like legends. There wasn't much relevance in the way of temp boosts to characters, and even the "missions" function they gave during the last gasps to give you ponderous legion of low-tier characters something to actually do didn't really… DO much.

Ding dong the witch is dead!!!

Oh well. I told support that they would run this game into the ground like they did legends and look what they did.

This is BS! I'm done with this stupid game (and any other stupid TF game Hasbro puts out). Waste of time and money…

Just when i thought i had some good squads, the sunset gets announced..
Another DeNA game done just when i was getting the ball rolling.

My only take-away from this is… is "sunset" an industry term now?

With the game having been active less than a year from launch I honestly believe that Hasbro needs to break from this DeNA regarding game production. Now these games may be successful financially but I hate what these are doing for the brand and video game design as a whole – because this is the very definition of a fast cash grab. A game designed to encourage users to spend money to even be remotely competitive in short lived events that require rare content in order to do well with little to know strategy or player input in design. Then to kill the game a short time later in favor of another game that inherently has the same design philosophy even if some of the mechanics differ.

And sadly I don't care.

I can never get into mobile gaming. 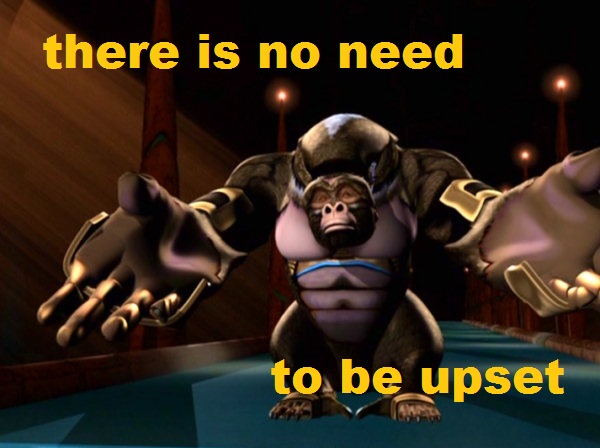 I absolutely love this.

Did you actually make this?

Well, at least the first word is accurate.

(Do you legitimately think that mobile gaming has actually damaged the console/PC business?)

Yeah, large companies haven't learned that they can make a game grindy and then sell items to unlock stuff quickly from mobile games or anything.

Played it for several months…but saw that, if you didn't spend money or didn't have a group of friends who played it religiously in a league with you, you were SOL. Pretty much killed my enthusiasm so I quit the game. Glad I didn't spend any money.

My son is going to be devastated by this, he's got a lot invested timewise and character-wise to this game.

Salty that this kind of "free to play" garbage has destroyed a big chunk of "real" gaming.

Well, at least the first word is accurate.

(Do you legitimately think that mobile gaming has actually damaged the console/PC business?)

Salty that this kind of "free to play" garbage has destroyed a big chunk of "real" gaming.

Couldn't the casuals be happy with a magazine on the toilet whilst their Mario Bro's was on pause in the living room? Narp. Gotta have that flappy bird whilst you shit and that candy crush whilst you're drooling watching the latest episode of "The View."

I liked Battle Tactics well enough, but I'm not surprised since they won't be making the Transformers games going forward. Didn't see Hasbro letting them run this forever with new stuff on the way, haha.

Earth Wars should be good – here's to hoping.

This is because of Earth Wars, right? If so, I'm not surprised. DeNA is not working on the next game, so maybe everyone will be optimistic about Earth Wars as such. It was time for them to lose the license anyway.
Battle Tactics irritated me with their chibi designs for characters. Doesn't work for Transformers.

Wonder how all those people who spent thousands (yes, thousands) just to stay on top of leader boards feel…

They should be relieved because of the thousands they'll save. (and TONS of hours) But they'll find another addiction elsewhere.

I don't begrudge the mobile gaming companies their money though. As long as people understand that they are paying for the service of using specific digital goods, and not actually owning anything, go for it. Over the life of Transformers Legends, I probably dropped $100.00, and it was money spent that I got enjoyment out of.

I also knew that I bought literally nothing though, and that the game would end someday.

I can't say I'll miss the game. It's been quite a while since I played.

But, I will say that the first 5-6 months of the game's life was actually pretty fun. I was part of a great league that worked hard (and was a mix of free and paid), and we did pretty well for ourselves. If you put the time and effort into it, you could carve out a decent niche in the mid to upper tier.

However, as DeNA started messing with the formula and reduced the rewards while taking away any possible advantages that the free players had (mostly through nerfing the Stronghold events), any interest in continuing the game dissipated for me.

I still have it installed on my tablet, and I will see what the Grand Finale event is all about, but I'll be quite pleased to uninstall it – and go through the same cycle again when Earth Wars is given a wide release.