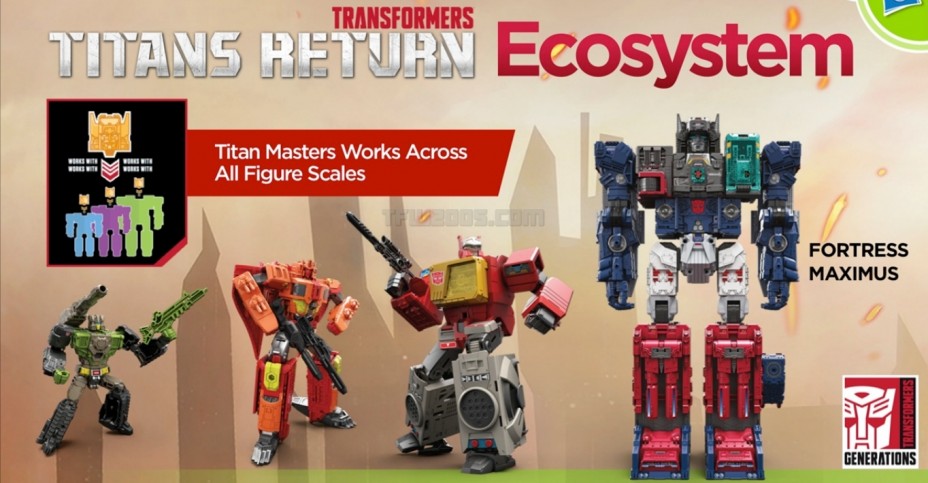 The other major news that came from Hasbro’s Toy Fair 2016 Investor Event is… well… Toys.

With Robots In Disguise, Power Surge Optimus Prime was shown.

Finally for collectors, the Titans Return toyline was also shown:

Check out the images, after the jump.