Many elements in a video game go into the process of make a great experience for the player, and the soundtrack is arguably one of the biggest elements in the process. If you enjoyed the soundtrack of Transformers Devastation, you should happy to learn the Full Official Soundtrack to the game has been uploaded on YouTube. This is courtesy of a post on Facebook on the Vince DiCola’s OFFICIAL PAGE, where it was said that he and Kenny Meredith had worked on several tracks on the soundtrack. Check out the full soundtrack below, and sound off your thoughts with us on the boards 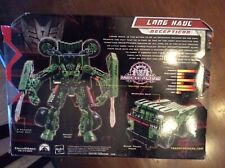 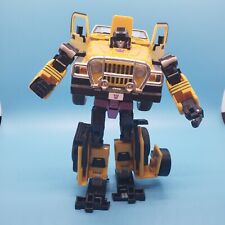 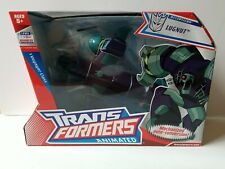 Hi All,
I have downloaded to mp3 all the tracks and created a mp3 album:

>States it's a full soundtrack

>Is missing the kickass ending theme song "Face the Devastation"

You had ONE job.

The song that starts at 15:17 is probably the most badass track.

I um lowered the volume of the music in that game

Sorry, don't want to be *that* guy, but this upload is hardly official. It's been on youtube for weeks (along with other similar videos, by the same person and others) – and although it's great somebody took the time and effort to do so, it doesn't seem complete.

Kind of weird how this was linked to from DiCola's own page, but just thought I'd point that out. It's well worth a listen to, the Ark theme especially is a favorite of mine!

I just beat the game! What great timing. Some tracks are stuck in my head and now I can alleviate that.