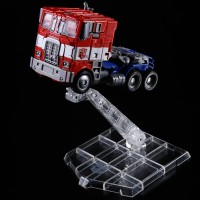 The TakaraTomyMall website has revealed  a new listing for official Takara flight stands dedicated specifically for Transformers. The order listing states a release date of December 20, 2015 with a price of 540 Japanese Yen (which roughly equals 4.38 USD according to a Google Exchange). The stand port will be roughly 3mm.

In the accompanying images we can see the stands will hold various figures, from the Generations (Legends) line to a Masterpiece figure (Road Rage shown here).

Flight stands are common in the action figure community to give collection displays a much more dynamic effect. It looks like Transformers is now entering that field as well! Check them out after the jump.

Where are you guys finding these for 4 bucks??? Like 15 on ebay

I dunno if I´m resurrecting a semi-dead thread here, but I´m searching for a stand to get my soon-to-be Starscream flying, like in mid air.

Tamashi Stage Act 5, or this right here for the idea?

Yea i bought one for Road Rage and the other one to use on whatever other bots are compatible with it.

Not sure why one wasn't included with RR. I ended up buying one offa ebay

Mine arrived today. They couldve included one of these in Road Rage

They only come packed in a clear bag. 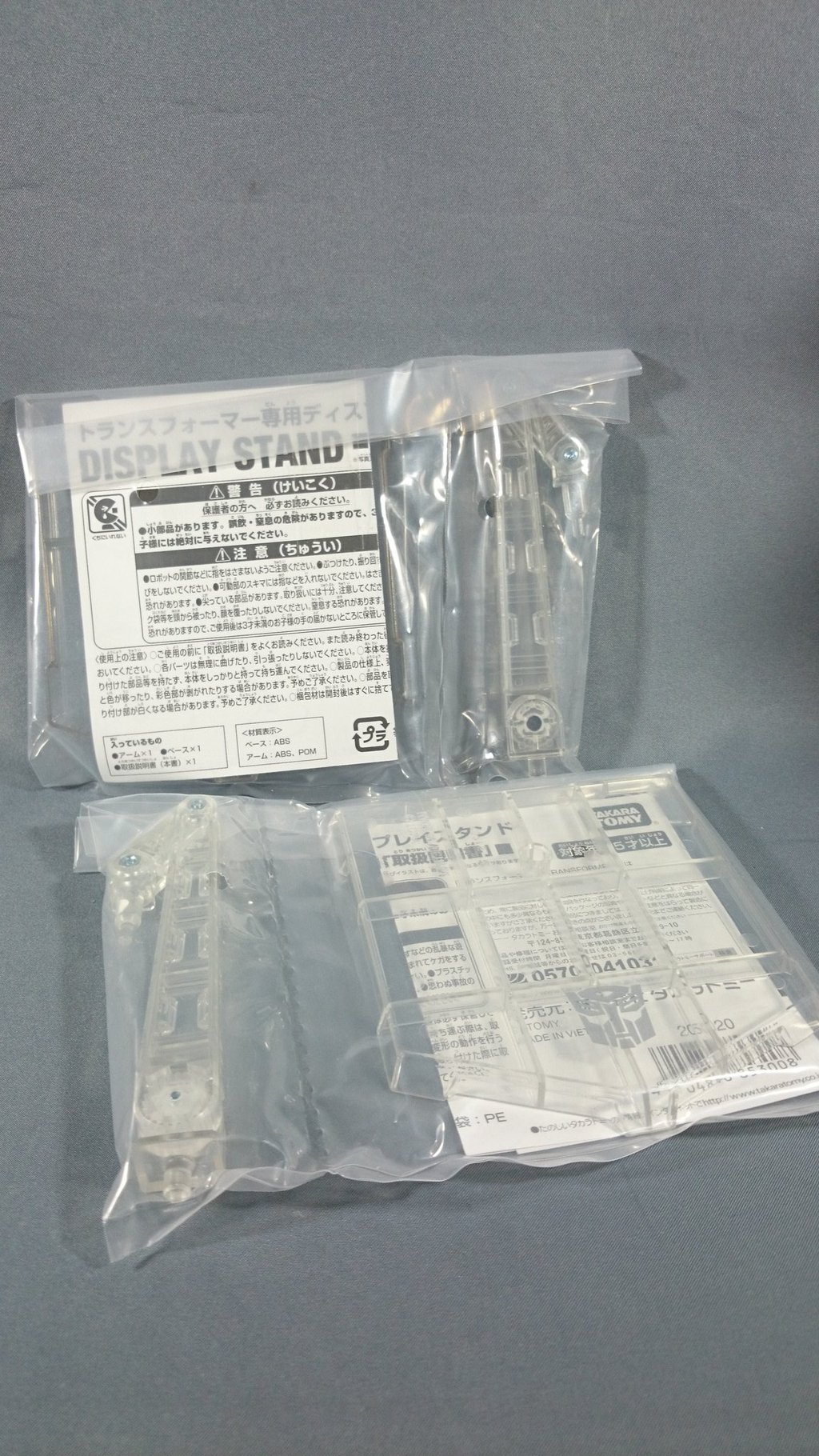 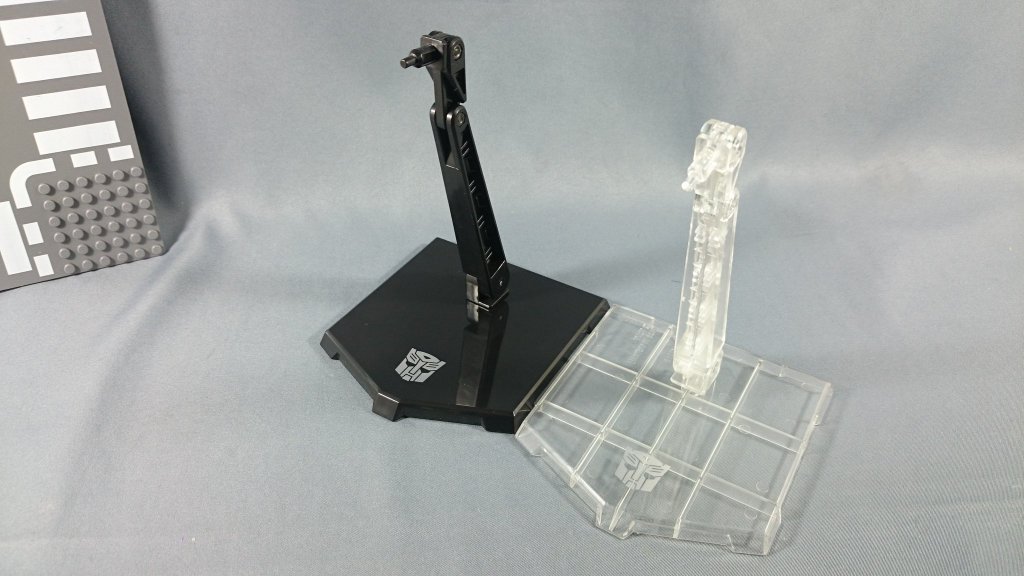 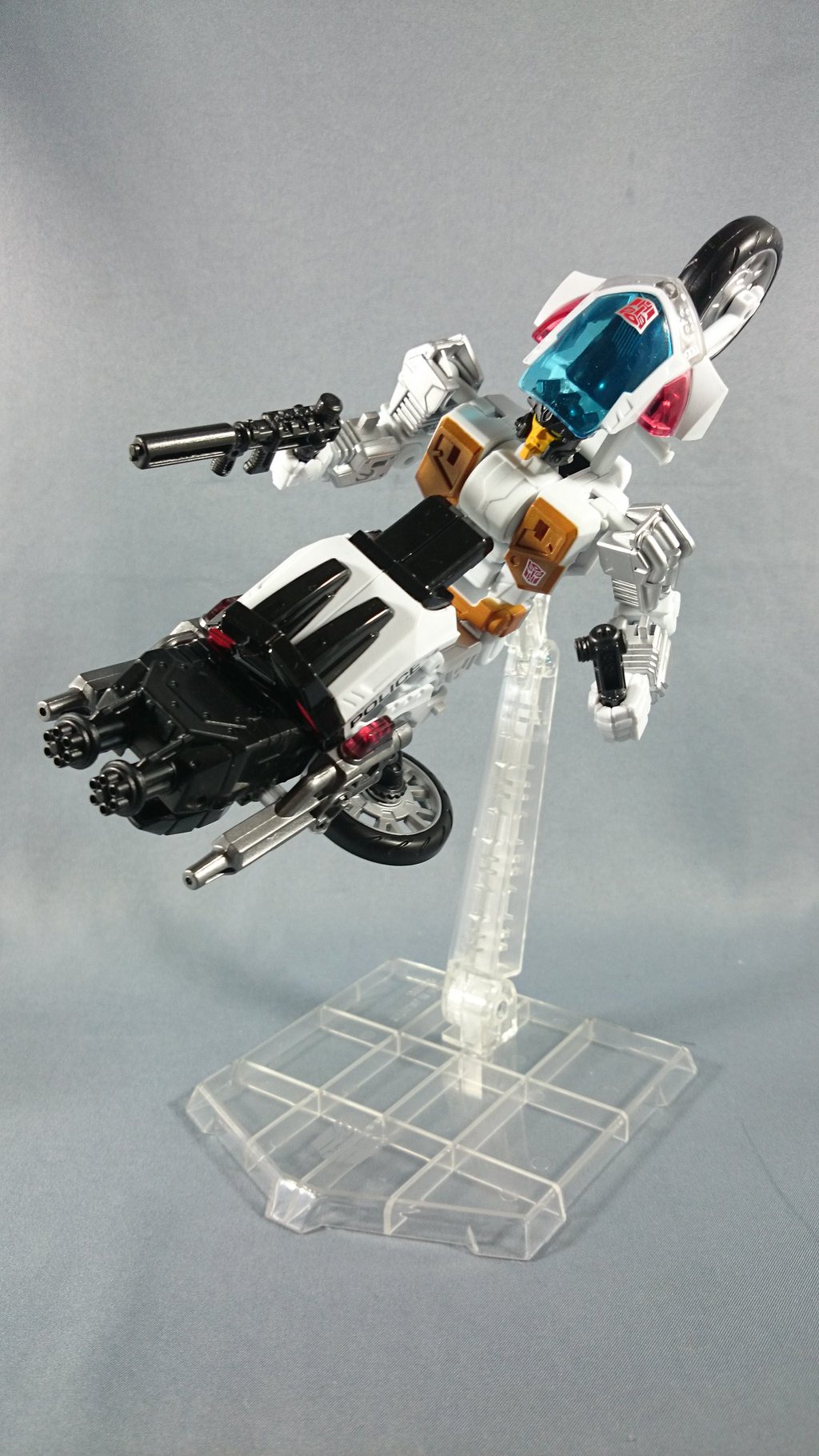 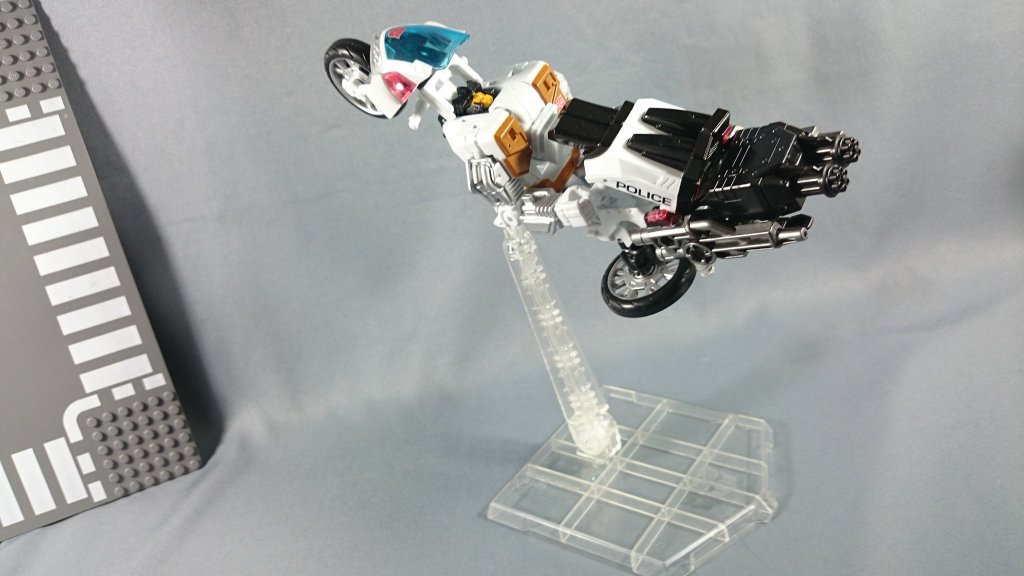 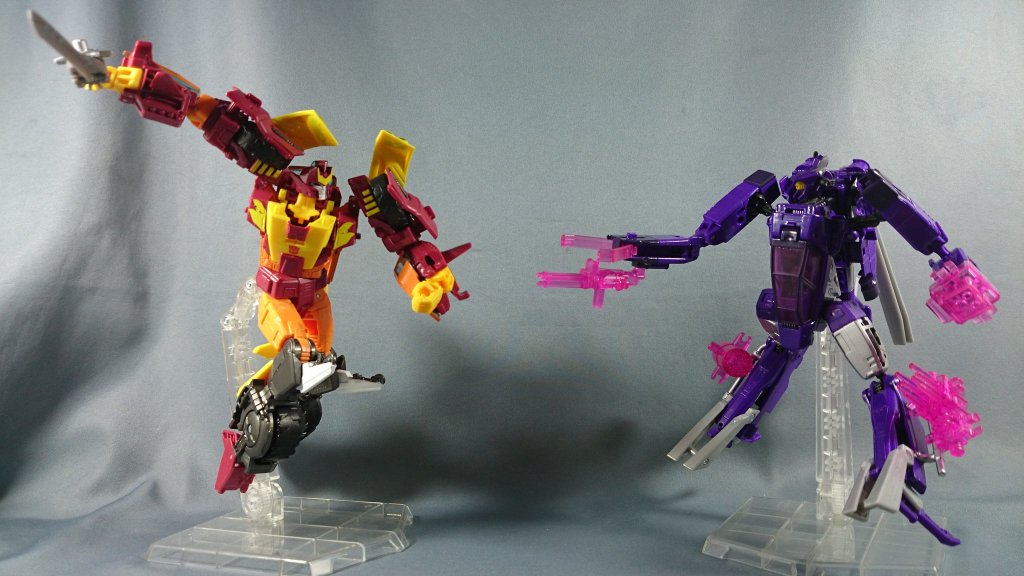 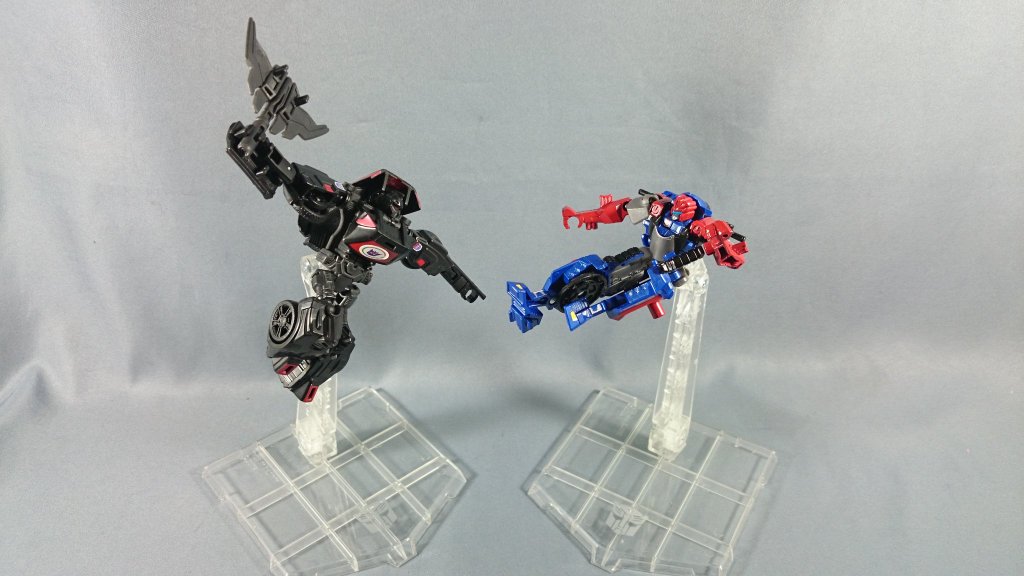 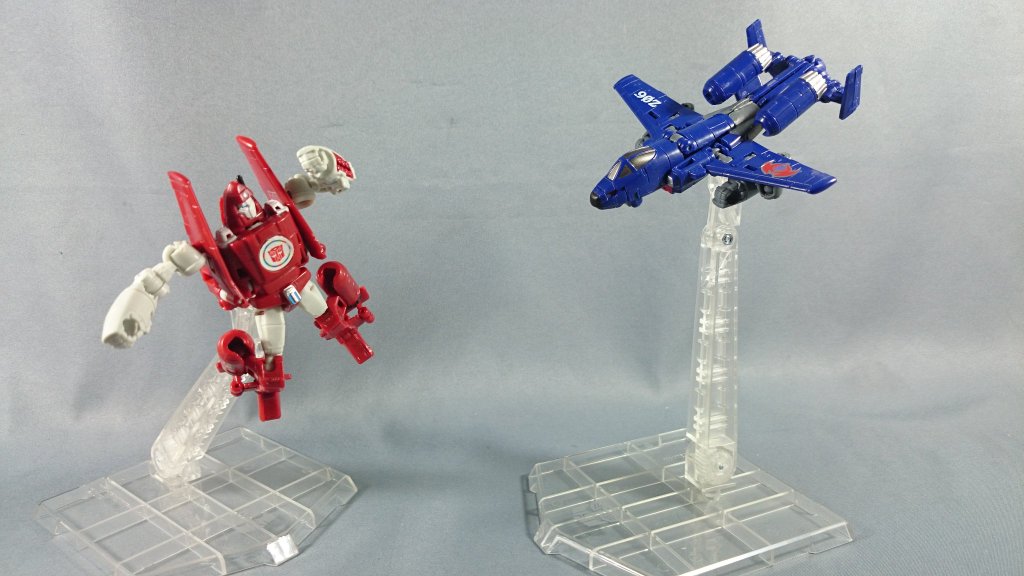 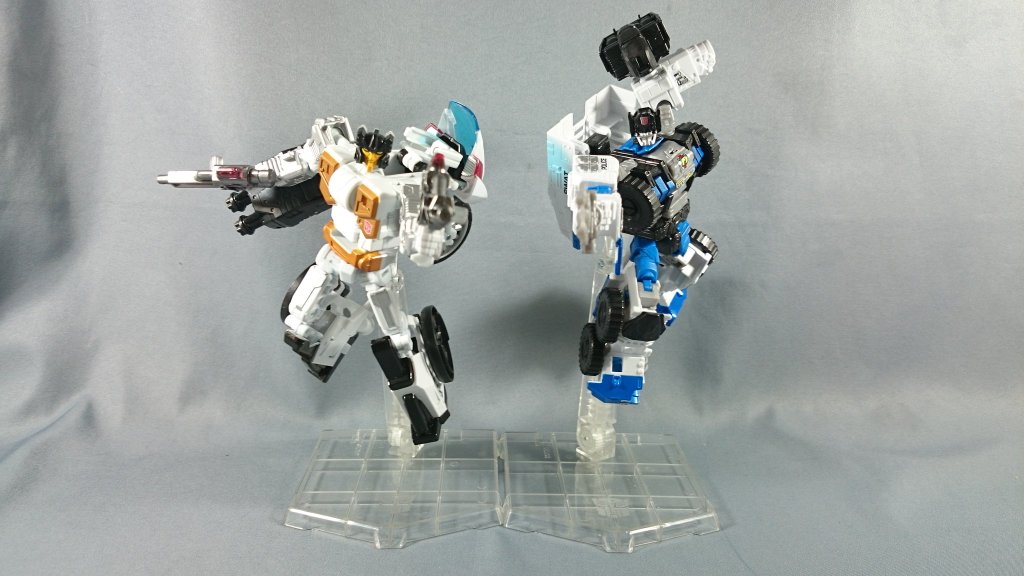 I need to get some.

I just found out for what it's worth, they are the same size pegs as the MOTUC figures use. Guess they could be used for the flying characters, at least in an upright kind of high up floating pose, as the stress could be too much otherwise.

Mind you, I'm using the one from Tracks to play with, the clear ones may be stronger depending what plastic us used.

this is pretty neat.. but they look very similar to gundam stand, so i wonder if i could use gundam stand instead…

Just found holes in the bottom of the feet.

Also, the Truck / SUV mold has a butt location, but you can't get to it on the Trucks, not sure about the SUVs.

Hmm… This makes me wonder of action base 1 can be used instead. It is a solid stand that can be made to be as tall as heck.

Are these TT Mall exclusives? I wanna buy two (one for Road Rage and one for whatever other purpose) but I'm a bit hesitant to pay $10 a pop from a US retailer.

This still baffles me. I don't see any reason they'd cut them out. Sure the Seekers can stand on their own now, the stands were always nice for aerial bot mode poses and just have the jet taking flight.
With MP11 and MP11S they at least had the coronation gear (and even then; putting a seeker with the gear on the stand still looks good). The rest not including the stand just feels cheap (and it's even worse with Skywarp who comes with a Megatron and no clip to hold him).

The clear ones are good for mid flight or fighting in flying kick poses, just like those clear Bandai Stage Act stand.

Yup thanks for sharing the pics Type R.

If you have access to a 3d printer, you can print my version in any color. And Shapeways will do it for you in solid steel for around $250…

Sweet! Now if only I had room to display more stuff than just my TFA figs…

Another person in the Tracks thread reported their peg broke.

Yeah, the peg on my Tracks stand broke too. But to fair, I was trying to use it on ToyWorld's Orion and it being a bigger/heavier figure, I sorta manhandled it and the peg sheared/snapped off. I did cut/sand off the remainder of the peg and attached a clear (large) claw from a Play Arts Kai stand and it's a perfect fit. Definitely salvageable and not a total loss at all since it now holds Orion pretty firmly.